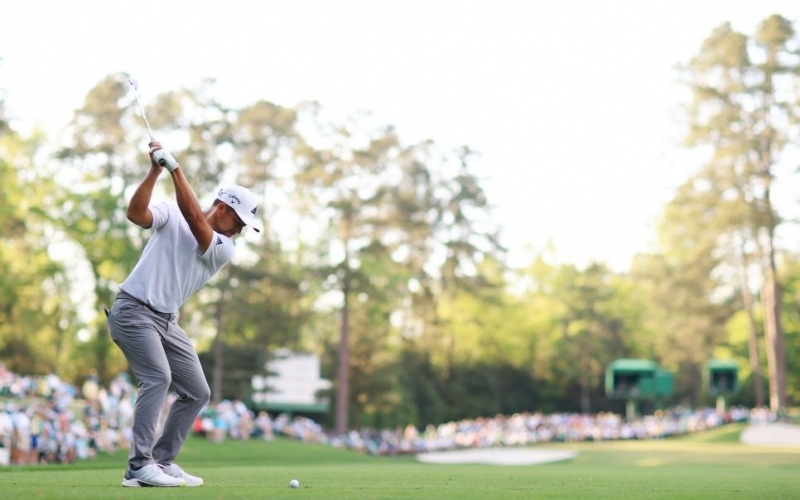 By Alex Myers
AUGUSTA, Ga. — There have been many memorable Sunday charges and collapses in Masters history. Xander Schauffele can now say he did both in the same tournament.

Following an early rough patch in the final round that seemingly dropped Schauffele out of contention, the 27-year-old American caught fire in the middle of his round. After playing holes 7 through 15 in six-under, Schauffele arrived at the 16th hole trailing playing partner Hideki Matsuyama by only two shots.

Having the honours on the tee, Schauffele finally had a chance to put some serious pressure on the leader. Instead, he effectively ended the tournament by coming up short and finding the pond guarding the green.

From there, things only got worse as Schauffele’s third from the drop area went long. And after failing to get up and down, the result was a disastrous triple bogey that sucked any remaining drama out of the tournament like August National’s SubAir system sucks moisture from the greens. What made the sequence even worse for Schauffele? He claims he hit the tee shot exactly how he wanted to.

“I was coming in hot, I was feeling good,” Schauffele told CBS’ Amanda Balionis. “Hideki surprisingly went for the green on 15. I felt like he gave me a little bit of hope there, and maybe a little hyperaggressive there on 16. I’ve been told so many things by so many veterans. Play the winds you feel. Austin and I, it was 184, we felt down cut at the moment. I hit an 8 iron, and I flushed it. It was not down cut.”

What. A. Dagger. He added this:

“No, I hit a perfect shot,” said Schauffele, who parred his final two holes to finish T-3. “I told Austin (caddie Austin Kaiser) I flushed it, which makes it even worse. We can share the misery together. I fought hard. It was a messy start. Hideki was robot-like for 13 holes, didn’t make a mistake. I felt like I gave him a little bit of run and a little bit of excitement to the tournament there at the end. Unfortunately, hit it in the drink there.”

And unfortunately, it added to a growing collection of close calls for Schauffele—in particular, at major championships. The four-time PGA Tour winner now has eight top-10 finishes in his first 15 major starts, including six top fives, but is still looking for his first win.

“If you look at my career, you could call it a big ball of scar tissue with a bunch of second places,” said Schauffele, who wound up three shots behind Matsuyama. “I don’t look at it that way. I don’t think my team looks at it that way. So I’ll sleep on it. I hit a good shot. I committed to it. It turned out bad. I’ll be able to sleep tonight. I might be tossing and turning, but I’ll be okay.”