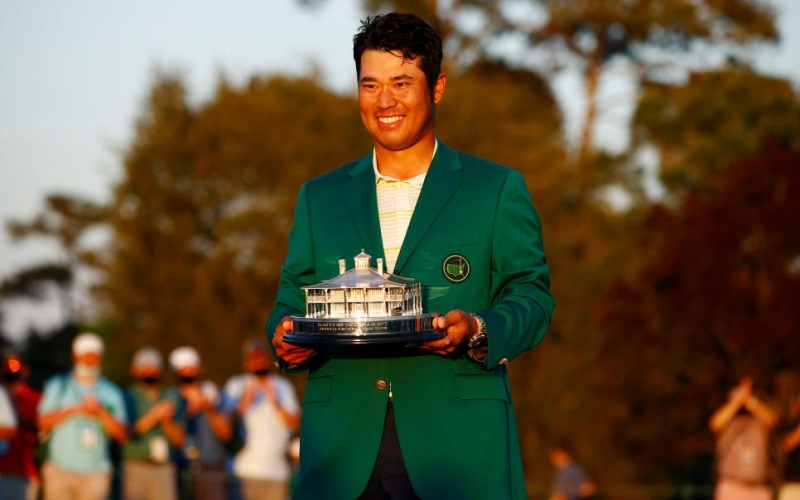 By Alex Myers
AUGUSTA, Ga. — Hideki Matsuyama capped off the week of his life on Sunday by winning his first major at the 2021 Masters, but a dream year could just be getting started.

Of course, there are still three more men’s majors on the golf calendar. The biggest tournament for the Japanese star, however, might just be the one being hosted in his home country this summer.

That’s when the newest green jacket winner will try to claim a gold medal.

“I’m really looking forward to the Olympic Games in Tokyo,” said Matsuyama, who, like several other top golfers, didn’t compete in Rio in 2016 due to Zika virus concerns. “If I am on the team, and maybe it looks like I will be, I’ll do my best to represent my country, and hopefully I’ll play well.”

The 2020 Summer Olympics were postponed due to COVID-19, but its new date will only create a bigger buzz around the golf portion in the golf-crazed country after a dominant two weeks for Japan at Augusta National. In addition to Matsuyama winning the Masters, 17-year-old Tsubasa Kajitani captured the Augusta National Women’s Amateur last week.

“It was unfortunate I wasn’t able to watch it,” Matsuyama said of that event on Saturday night. “I was playing last week in Texas, so I didn’t get to see her victory, but it was fantastic, and I hope I can follow in her shoes, and again, make Japan proud.”

He certainly did that with his one-shot victory over Will Zalatoris on Sunday. Matsuyama became the first Japanese player to win a men’s major championship.

As a result, he’s expected to move to No. 14 in the Official World Golf Ranking. And as the top-ranked Japanese golfer by far, Matsuyama would have already been expected to be one of the favourites in Tokyo, but there’s an even better reason to like his chances in July.

The tournament venue, Kasumigaseki Country Club, was also the site of one of Matsuyama’s previous big wins, the 2010 Asian Amateur Championship. That victory earned Matsuyama his first invite to Augusta National, where he finished T-27 and as low amateur at the 2011 Masters.

But there’s also a chance Matsuyama could do more than just play in the Olympic Games. Nick Faldo speculated during Sunday’s telecast that Matsuyama might carry the Olympic torch, and Golf Channel’s Brandel Chamblee suggested the golfer could carry his country’s flag.

“It would be quite an honour,” Matsuyama said. “But I’m not sure about my schedule. If the schedules worked out and I am in Japan when that happens and they ask me, what an honour that would be.”

It turns out, some players don’t have to wait very long at all for their first ace. Or their second.