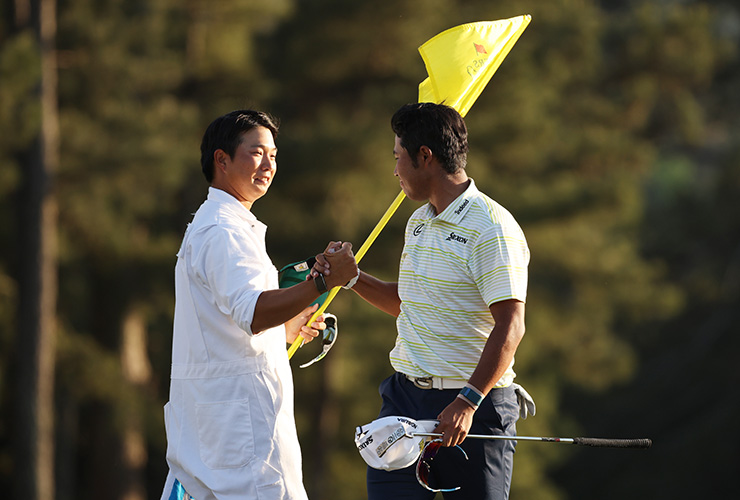 By Ryan Herrington
It got a little bumpy for Hideki Matsuyama toward the end of the final round of the Masters on Sunday. Bogeys on the 15th and 16th holes caused his once six-shot lead to be cut to two strokes. And then, when he hit his approach shot on the 18th hole into the right greenside bunker, there was another anxious moment as to whether the 29-year-old Japanese native would close out the win and become the first male golfer from his country to claim a major championship.

Matsuyama didn’t save par, but the bogey still gave him a one-stroke win over Will Zalatoris, closing out a one-over 73 for the day. He then gave a big hug to his caddie, Shota Hayafuji, who help guide Matsuyama to the clubhouse. It was a moment of relief for the pair, who no doubt understood the historic nature of the accomplishment.

Suffice it to say, the emotional moment for Matsuyama was also an emotional one for Hayafuji. Moments later, he picked up the flagstick and unscrewed the top to be able to taker the 18th hole flag as a memento of the moment. Hayafuji then returned the flagstick to the hole, and offered one more touching salute to the history that had just been made.

I teared up watching Hideki Matsuyama’s caddie respectfully take off his cap and bow out of respect for #TheMasters as he replaced the pin flag. 😭 #HidekiMatsuyama #Masters2021 #MastersSunday #Japan pic.twitter.com/fPEUWsff2Z

A fitting ending to a memorable victory.