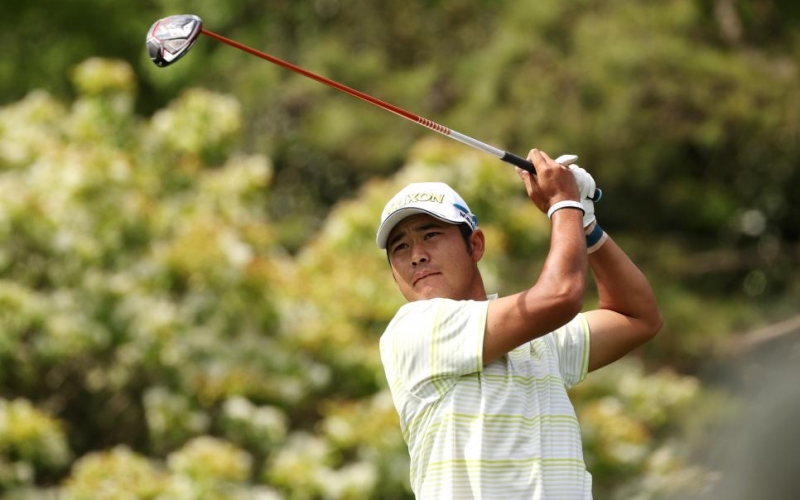 By E. Michael Johnson
Hideki Matsuyama won the 2021 Masters, and when it comes to storylines, well, there are simply too many to count. Matsuyama grabbed the lead with a third-round 65 and kept the pressure on his pursuers by making four birdies against just two bogeys for a final-round 73 that gave him a one-shot win over Will Zalatoris at Augusta National.

Matsuyama won in a manner that he usually does: with solid ball striking. For the week, he ranked fifth in greens in regulation, hitting 50 of 72 for a 69.44 percentage. Matsuyama’s irons are Srixon’s Z Forged blade irons. “I made the switch from cavity-back to blade when I turned pro,” Matsuyama told Golf Digest a couple of years ago. “It allows me to manoeuvre the shape of the shots more than cavity backs.”

His irons also are CNC milled just for him, in order to keep the precise shape of the blade with a minimum of hand work.

Off the tee, Matsuyama uses Srixon’s new ZX5 driver. The club features what the company calls its “Rebound Frame,” which makes the face rebound more by changing the stiffness around the face by using a 30 percent thinner section at the front of the crown, a strip of a thinner titanium alloy around the frame for extra flex and a larger carbon-fibre crown and internal sole ribs that add rigidity. The ZX5 also stretches longer front to back for more forgiveness on off-centre hits and to provide a higher flight—the latter which appealed to the Japanese star.

The four-piece, dual-core XV features a core design that starts soft but gets decidedly firmer toward the perimeter to give higher swing speed players more potential for longer driving distance. A new firmer, highly repulsive mantle layer also assists the chase for more ball speed potential and high launch with low spin on the longest shots. While these traits appealed to Matsuyama, Cleveland/Srixon director of tour operations, noted another trait Matsuyama liked about the ball. “Believe it or not, the sound of the ball,” McDonald said via text.

Matsuyama now has another sound he is fond of: being called a Masters champ.

What Hideki Matsuyama had in the bag at The Masters