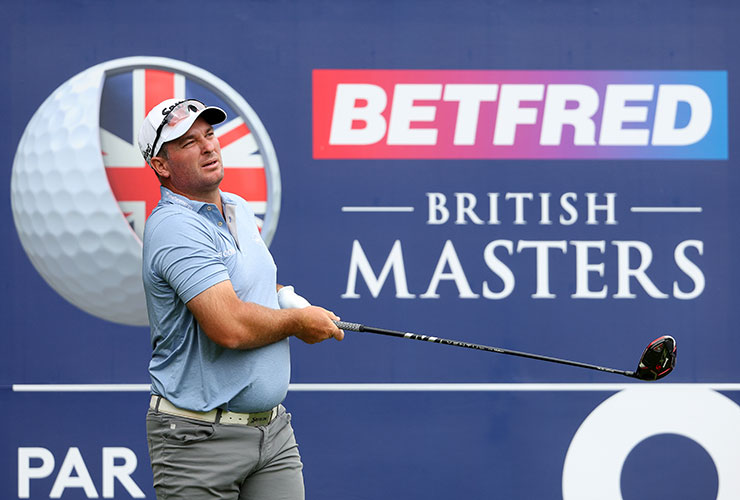 By Matt Smith
It was not too long ago that a rarely seen flying Kiwi was grabbing the headlines in Ras Al Khaimah during the UAE Swing, and now Ryan Fox is doing it again on the grandest of stages at the Belfry.

The New Zealander claimed his first title in four years in February at the inaugural Ras Al Khaimah Classic on the final leg of a record-breaking four weeks of DP World Tour golf in the UAE.

Now he is seeking to outdo some of the best golfers in the world in an admittedly much stronger field at the British Masters.

Fox sits at the top of the heap alongside Thorbjorn Olesen thanks to a six-under 66 at The Belfry after the first round of the Danny Willett-hosted mega event just outside Birmingham.

Ryder Cup star Olesen set the clubhouse target after a bogey-free round on the Brabazon Course, but Fox kept him in his sights despite a late start and some soggy conditions to contend with.

The pair sit one stroke ahead of Germany’s Hurly Long, Scotsman Richie Ramsay and Ashun Wu of China, who each carded five-under 67s.

Tournament host Willett carded a one-over 73, but raised £4,000 for charity thanks to four birdies on the card, amid a field peppered with stars such as the LIV Tour-bound Lee Westwood and Richard Bland, and former US Masters champ Willett himself.

Following his late show, Fox said: “I hit it really solid, maybe one tee shot on the second which looked a little dicey but hit a lot of wedge shots close and took advantage on a couple of the hard holes on 12 and 18.

“I did everything pretty well. It was just a nice day. It’s a fun golf course to play. I grew up on this kind of grass as well. So it fits quite nicely in my head. Kind of know what it’s going to do and how it’s going to react and just went out and tried to hit a couple of shots and did that well.”

Olesen added: “I’ve had some good rounds this year and just haven’t finished it off. We’ve had a lot of rain, so it’s soft you and don’t get much roll on the fairways. So the key here is hitting the fairways.”