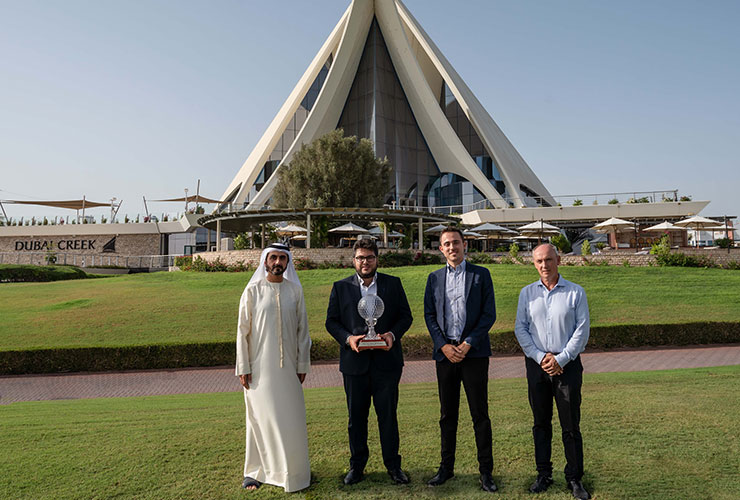 The Dubai Golf Trophy, one of the biggest events in the UAE golfing calendar, is back, and the May 8-9 event takes place on the Championship course at Dubai Creek, ahead of the second day on the Majlis course at Emirates Golf Club.

The Ryder Cup-style tournament, now in its 23rd year, pits the UAE’s top 16 professional players against the top 16 amateurs in the region and was originally launched by Dubai Golf – owner and operator of some the nation’s top golf clubs. Each team consists of 12 automatic qualifiers from the season-long UAE PGA tournaments and qualifying Emirates Golf Federation events across the UAE. Both team captains have an additional four ‘wildcard’ picks, and two ladies are selected to compete in the Dubai Golf Trophy Ladies Challenge Match to complete both sides.

This year, the amateur team is gunning for seven victories in a row, having claimed another convincing victory last year at Jumeirah Golf Estates. Khalid Yousuf will captain this year’s amateur team, while Michael Major from Dubai Creek will lead the professionals in a non-playing capacity.

“I am delighted to be the captain for the professional team, it’s a proud moment,” Major said. “We have a strong team this year, but of course we continue to be underdogs until we manage to regain the trophy back from the amateur side.”

Christopher May, Chief Executive Officer of Dubai Golf, said: “The Dubai Golf Trophy was founded on the principle of raising the profile of golf in the region and bringing both amateur and professional golfers from clubs all over the UAE together in a competitive and enjoyable format. The tournament provides a focus for players to aim for throughout the qualifying events counting towards EGF and UAE PGA Order of Merits during the season, and culminating in a season-ending spectacle on two of the finest courses in the region. Best of luck to both teams.”