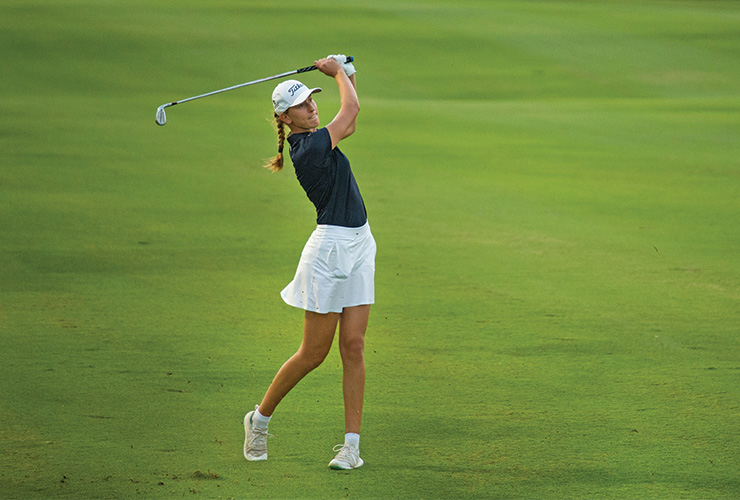 Chiara Noja, Dubai’s latest professional golfer, is ready to rack up the air miles as she has confirmed she will be playing in all five legs of the Aramco Team Series on the Ladies European Tour this season.

I’m delighted to announce that I will be playing the @Aramco_Series part of the @LETgolf in Bangkok on May 12-14, London on June 16-18, Sotogrande on August 18-20, New York on October 13-15 and Jeddah on November 9-11. Thank you so much to all my supporters❤️ pic.twitter.com/vf0pDxL7z7

Now she is ready to mix it with the world’s best again, beginning on May 12-14 when the inaugural Aramco Team Series – Bangkok takes place before events in London (June 16-18), Sotogrande (August 18-20) and New York (October 13-15) before the finale in Jeddah on November 9-11.

“This is such an amazing opportunity and I have an exciting few months ahead,” Chiara told Gold Digest Middle East. “I am really looking forward to teeing it up! Lots of new countries and new memories await.”

The Aramco Team Series has been expanded to five events this season after last year’s successful debut, with Bangkok having the honour of hosting the opening event, where four-player teams compete for the title while the golfers also fight it out for individual honours. Using a draft system, each team captain picks their first player, before being randomly allocated a third professional and an amateur.

This season will also see a revised format for the event with the team event taking place over the first two days, with the third round for individuals making the cut in a last-day shootout.