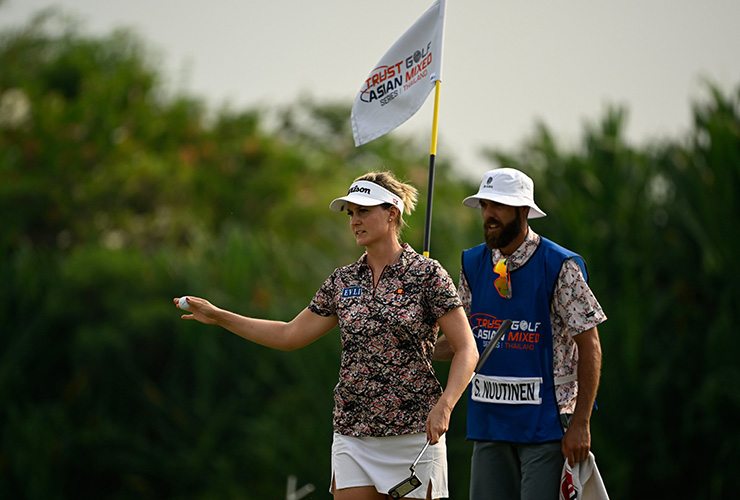 Golf Saudi and the Asian Tour once again break new ground in the world of golf this week with the Trust Golf Asian Mixed Stableford Challenge, from April 13-16.

Following hot on the heels of the strokeplay Trust Golf Asian Mixed Cup, the action continues at Siam Country Club with another new-look event on the Waterside Course, where 144 male and female players will compete for the purse of $750,000 in Thailand.

The two Trust Golf events are co-sanctioned by the Asian Tour and Ladies European Tour and boast a healthy prize fund thanks to investment in the tours from Golf Saudi — $1.5 million for two new events was unheard of in these parts only 12 months ago.

The events are also breaking down barriers and venturing into new territory as mixed competitive events, where both the male and female players will be competing for the same trophy and prize money and playing in mixed groups for the first time in professional events — with this week’s competition also unique as it is a Stableford format, rather than strokeplay or matchplay.

The only difference in playing conditions over the four days on the par-72 course is the women are playing off forward tees (7,439 yards for the men and 5,737 yards for the women).

Official World Golf Ranking, Asian Tour Order of Merit and LET Race to the Costa del Sol points are also all on the line, ensuring competition will be fierce.

As the Mixed Cup proved last week where Thailand’s teen golf sensation Ratchanon Chantananuwat became the youngest male player to win on any of golf’s major tours, the female players can more than hold their own against the big boys and, should that happen again this time around in the Stableford event, the door will be wide open for more and more mixed events in the future.

Perhaps this move by Golf Saudi and the Asian and Ladies European tours will also finally pave the way for a mixed Olympic Games competition — something many top golfers have been calling for for years.