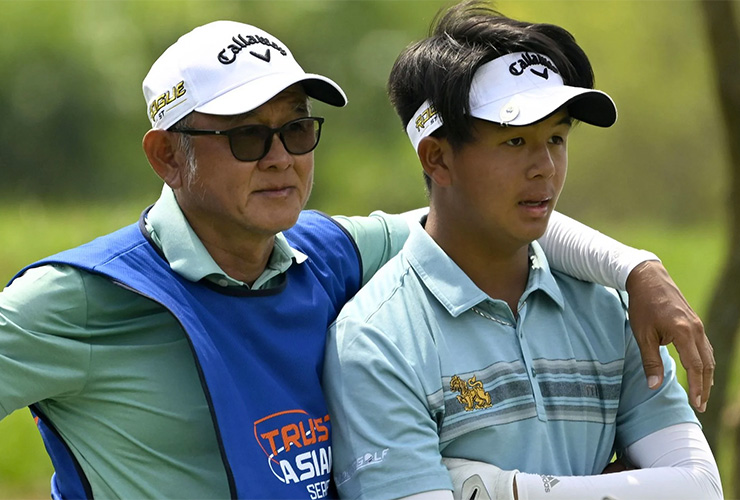 By Matt Smith
Thai teen sensation Ratchanon Chantananuwat and Finland’s Sanna Nuutinen clung on to the lead in the Trust Golf Asian Mixed Cup after Friday’s second round.

Chantananuwat, 15, and still studying at school, proved his stunning opening 63 at Siam Country Club’s Waterside Course was no fluke as his second-round 70 was good enough to hold on to top spot alongside Finnish Ladies European Tour (LET) star Nuutinen in Thailand.

The inaugural tournament — the first time the Asian Tour has staged a mixed event — is co-sanctioned with the LET, with all male and female players competing for the same trophy and share of the $750,000 purse.

Chantananuwat’s maturity was on display again as he comfortably handled the pressure. He sits on 11-under alongside Sanna — who turned 31 on Friday and is more than twice her co-leader’s age — after both players followed up their 63s with a pair of 70s.

“There was a lot more wind today than yesterday, so tough conditions but overall I am not really happy with the way I played,” said 15-year-old Ratchanon. “It wasn’t a great round, but it wasn’t that bad either. I scrambled two under and I am still in the lead, which is okay, but I could have been better. [For the weekend] I am just going to try and play like yesterday and go as deep as possible and play with less pressure.” 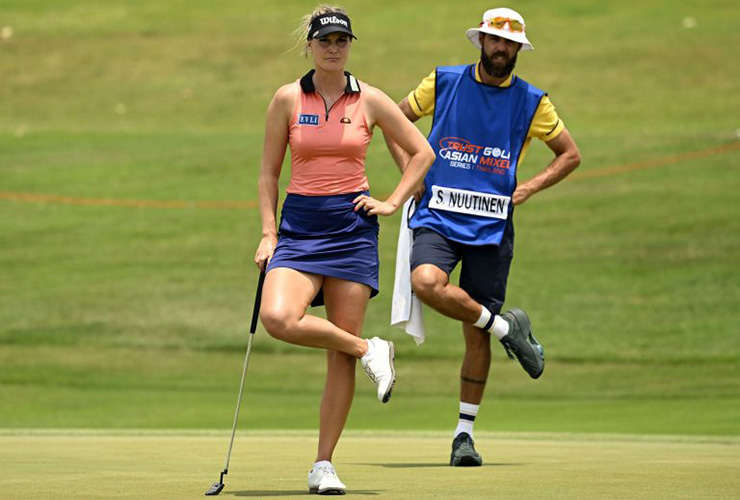 Nuutinen matched her young counterpart’s four birdies and two bogeys as she goes in search of her first LET win.

“I found the conditions a bit tougher today. The morning conditions were super windy, but now it’s dying down a bit and a couple of pins were tucked,” she said.

Bio Kim from South Korea, Thailand’s Phachara Khongwatmai and South African Ian Snyman are one shot back after rounds of 67, 69 and 67 respectively. American Sihwan Kim, the current leader of the Asian Tour Order of Merit, returned his second successive 68 and is just three behind the leaders.

Saudia Arabian pro Othman Almulla made it to the weekend as his 74 was just good enough to get inside the cut line on two-under.

However, Dubai-based Indian Shiv Kapur was on the wrong side of the line after a 74 on Friday left him at one-over. He will not have to wait long for another crack at the Siam course, however, as the Trust Golf Asian Mixed Stableford Challenge begins on Wednesday, again as a groundbreaking co-sanctioned event between the Asian Tour and the LET.