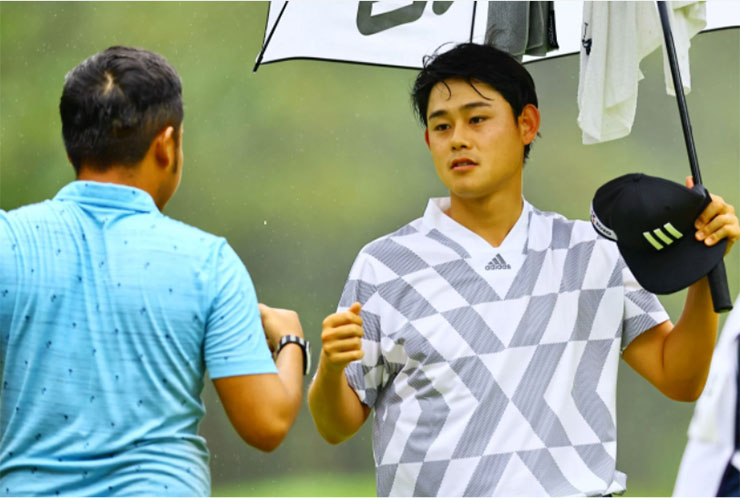 Onishi, was joint overnight leader with countryman Hiroshi Iwata, but opened up a five-shot lead, on eight under, mid-way through round two at a wet at Oarai Golf Club, near Tokyo.

While Onishi was rattling in five birdies to offset two bogeys and maintain his challenge, Iwata slipped back with a 74 and is one-under for the tournament, which has returned to the Asian Tour for the first time since 2019.

Rookie Onishi only turned professional last year after graduating from the University of Southern California, but has already chalked up a fourthplace finish in last month’s ISPS Handa Championship.

“I’m happy to be in the lead and I hope I have the momentum over the next two days,” said Onishi, 23, from Nagoya.

“I need to focus on each shot and not think about my position. The goal is to win, and I am confident I can do that.”

By the time the afternoon players had signed their cards, local pair Yuki Inamori and Rikuya Hoshino, plus Australian Todd Sinnott, had all moved within two shots of Onishi on six-under.

It certainly as a strong showing by the local players as Shugo Imahira sat fifth on five-under and Yuto Katsuragawa was on his own in sixth place on four-under.

But it was still Onishi who had the upper hand going into Saturday’s third round.