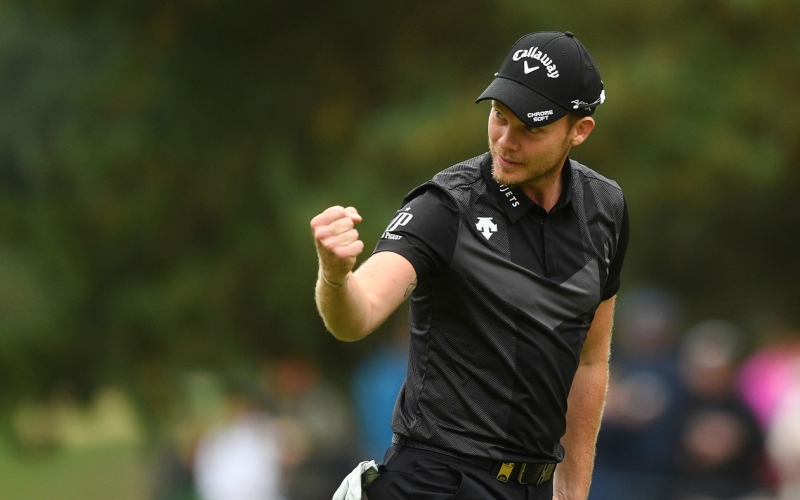 After a fairly quiet first day at the British Masters Hosted by Danny Willett, the host flexed his muscles with a 65 to rocket up the leaderboard at the Belfry.

The Englishman was plodding in mid-table anonimity at the event that bore his name on Thursday night, but he fired himself contention with a bogey-free round to climb to six-under at the halfway mark.

That took him to a share of third spot, two behind clubhouse leader Richie Ramsay, while Day 1 leader Thorbjorn Olesen was starting his round.

It was a different story for Ryan Fox, the first-round co-leader alongside Olesen, who could only muster a 73, to slip down into the pack on five-under.