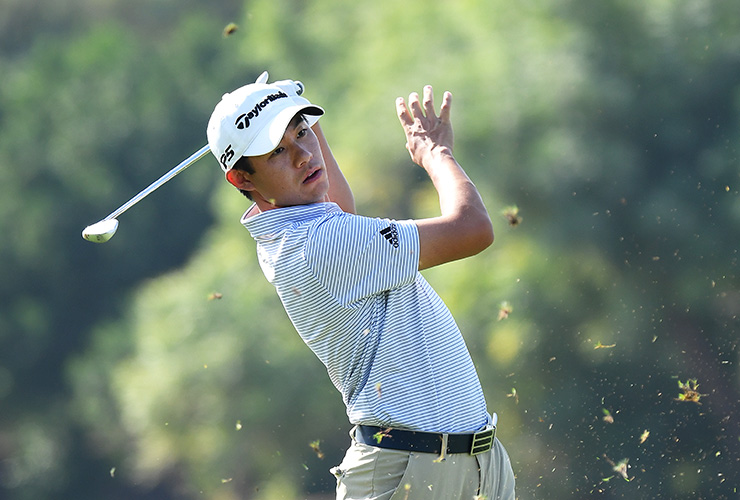 By Kent Gray
A week after Collin Morikawa inadvertently let the secret slip, the reigning U.S. PGA Championship winner has been officially confirmed as the headline act for the 32nd OMEGA Dubai Desert Classic.

The announcement comes a day after former world No.1s Rory McIlroy and Justin Thomas were rolled out as the marquee names for the European Tour’s Desert Swing opener in Abu Dhabi the week before Dubai. Reigning world No.1 and inaugural winner Dustin Johnson, meanwhile, will be joined by defending champion Graeme McDowell and the American trio of Bryson DeChambeau, Patrick Reed and Phil Mickelson in a stellar cast for the 3rd Saudi International which follows the week after Dubai.

Morikawa’s signature is a coup for the Desert Classic on the Majlis at Emirates G.C. which will be open to invited guests only as the COVID-19 protocols we all came to accept last year roll into the early part of the 2021 season.

The 23-year-old world No.7 underlined his reputation as one of the game’s most exciting talents when he captured the rescheduled U.S. PGA Championship at TPC Harding Park in San Francisco in Augusta. It was Morikawa’s third PGA Tour title; he captured the Barracuda Championship in just his sixth start and his second at the Workday Charity Open when he edged Thomas in a playoff at Muirfield Village a month before his major breakthrough.

Morikawa’s Wanamaker Trophy triumph at Harding Park was historic. With weekend rounds of 65 and 64, the American posted the lowest closing 36 holes by any golfer in a major. Ever.

He also went close to matching Woods’ record for most consecutive cuts to start his pro career, 22 to Woods’ 25. 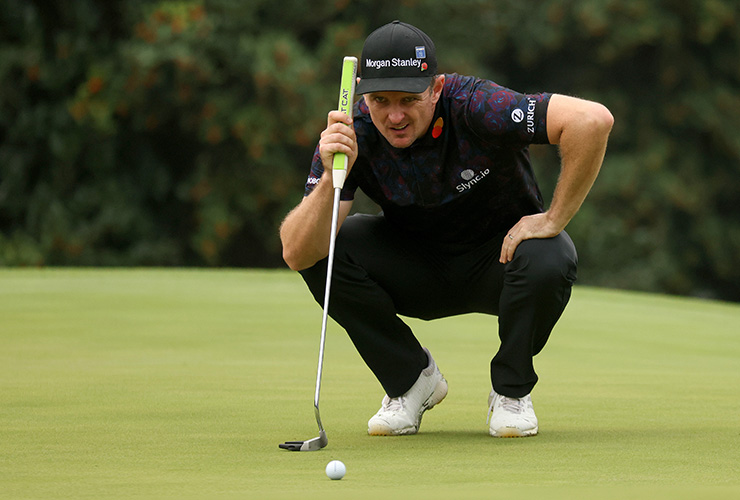 Rob Carr/Getty Images
Justin Rose lines up a putt on the 14th green during the final round of the Masters at Augusta National Golf Club on November 15, 2020.

Morikawa’s first appearance on the Majlis will come six weeks after a tie for 10th at the DP World Tour Championship at Jumeirah Golf Estates in what was his first pure European Tour start outside the majors and WGCs.

He eventually finished 5th in the 2020 Race to Dubai but made it clear at JGE that he intended being a regular in Europe as he wanted to be a “world player”.

“I don’t want to just play in the US my entire life,” Morikawa said. “I want to come out here and experience what it’s like on the European Tour, see what other course are like, see what other players are like, because I feel like my game can travel…”

“When you look back at some of the players who have won the OMEGA Dubai Desert Classic, you realise that it is one of the most prestigious tournaments in the world and I’m looking forward to trying to add my name to the roll of honour,” said the Californian.

“I’ve been told that the Majlis course is a wonderful setting and I can’t wait to get there and see it for myself. This year has been a memorable one for me on the golf course and I’m excited to see what 2021 has in store.”

Sergio Garcia on his 12th ODDC appearance
“I love coming to Dubai and obviously having won there I have great memories to look back on,” said Garcia, the leading scorer in Ryder Cup history, with 25½ points from nine appearances. “It’s one of my favourite events – the course is always presented beautifully and is a fair test. I’m proud to be a part of the tournament’s rich history and would love to create a little bit more by becoming a two-time winner.”

Tommy Fleetwood, the 2017 Race to Dubai champion
“I always look forward to starting my season in the Middle East and Dubai with its history is a popular tournament in that swing,” said Fleetwood, whose share of 6th in 2018 is his best finish at the ODDC.

“There are so many great winners of the ODDC and I would love to be one of them one day.”