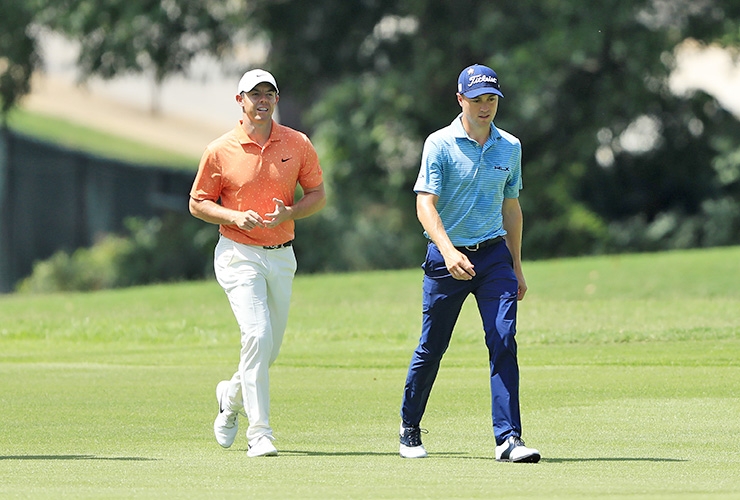 By Kent Gray
Rory McIlroy is poised to make his first appearance at the Abu Dhabi HSBC Championship since 2018 but the mental scar-tissue of a quartet of near misses in the UAE capital won’t be the only hurdle to finally snaring the Falcon Trophy.

The Northern Irishman will be joined at the 16th edition of the now $9 million European Tour event from Jan. 21-24 by fellow major champion and Ryder Cup rival Justin Thomas in confirmation of the news revealed by Golf Digest Middle East earlier today.

World No.3 Thomas is set for his Middle East debut after previously teeing it up in Rolex Series events in France and Scotland. It is another coup for the Abu Dhabi event which is now managed by the European Tour and is reportedly set to become an event co-sanctioned by the PGA Tour from 2022.

It will serve as the launchpad for the European Tour’s 2021 schedule, also confirmed on Wednesday, as well as being the opening salvo in a “refined” Rolex Series of four events next season.

“I’m excited to play for the first time in Abu Dhabi,” said Thomas who finished fourth at last month’s rescheduled Masters tournament at Augusta National and boasts 13 wins worldwide, the most recent of them the 2020 WGC-FedEx St. Jude Invitational in Memphis, Tennessee in August.

“I’ve heard really great things about the course and with it being the first Rolex Series tournament of the year, I’m sure it is going to deliver a strong field. I enjoy new challenges, I like playing different golf courses around the world, and competing against the best players in the game, so of course I have my eye on trying to take home the Falcon Trophy.”

McIlroy, the current world No.4, has finished second on four occasions at Abu Dhabi Golf Club.

“It’s always a great event for the players and it’s the perfect place for me to start the 2021 season,” said McIlroy who, like Thomas, is a former world No.1. “Abu Dhabi Golf Club is a world-class golf course, one that I have come close to winning on several times over the years, so hopefully I can do well again and be right up there contending come Sunday.”