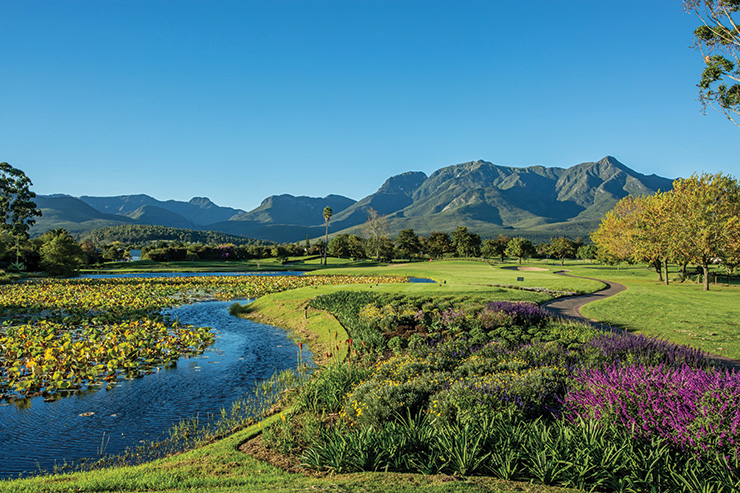 If there is one thing that the quiet town of George in South Africa is known for, it is golf. And on top of its stellar list of places to play sits Fancourt, arguably one of the best golf resorts in the world.

By Tan Ju Kuang
There is much to hold in awe about South Africa. From the rugged mountains, through the bushveld that is home to Africa’s big five, to the long coastline highlighted by the southernmost point of the continent, South Africa is a majestic showcase of the beauty on our planet. And I haven’t even touched on the amazing weather and terrain that is so perfect for growing the nectar of the gods, grape.

That said, one of the best reasons to visit is to play golf. I had the fortune of seeing many of the country’s most beautiful courses over the years, and just this past February, was lucky enough to make another trip to play a few that I had missed. I would never have guessed that since then, the world would be turned inside out by a viral pandemic and all travel practically ground to halt.

Why would you then ask that I’m writing this piece? Though vaccines are slowly showing some efficacy in keeping the virus at bay, it will be some time before leisure travel is back to what it was before.

But it’s important to keep a positive outlook. Golfers, ultimately, are incorrigible optimists. We need to look forward to what will be again if only to manage the difficult times we are going through now. 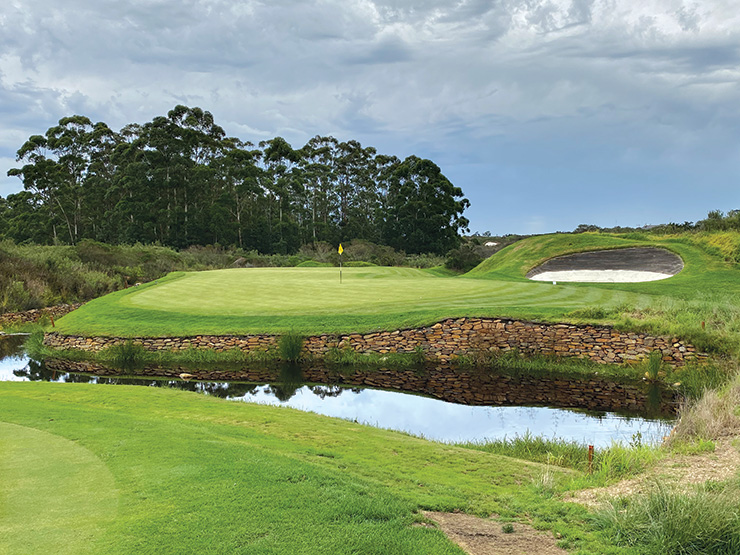 The most famous of the three Gary Player designs at Fancourt hosted the 2003 Presidents Cup. Tan Ju Kuang

Well, George is as good a place to start if we’re letting our minds wander to a better time ahead. This town of just about 150,000 people is an hour’s flight from Cape Town may be best known as a jumping on point to explore the country’s famous Garden Route. But golfers should also know that it is home to some of the most breath-taking courses in the country as well.

No conversation about South Africa’s great courses can be made without a mention of Fancourt. Not only is it the home of the country’s number golf course, Fancourt Links, but its other course offerings, accommodations and facilities are second to none when it comes to luxury golf establishments.

So what makes Fancourt so special?

“The fact that we have three diverse courses on the estate makes us very attractive,” says Peter Dros, Marketing Director at Fancourt. “We also have a range of accommodations catering to different budgets – from the high-end Manor House, to entry rooms at the hotel. Our popular restaurants and spa experience further make us a great destination to never have to leave.”

There is more to Fancourt than just the hardware, of course. The property is sprawling, and the divine setting with its manicured landscaping, picturesque ponds, and age-old trees that frame everywhere you look make Dros’ claim of never needing to venture far from the resort a reality.

“Of course, all the other local Garden Route activities and experiences are easily available,” continues Dros. George is, after all, the gateway to the fabled Garden Route of South Africa, and offers a plethora of experiences this region has to offer.

But most people who come and stay at Fancourt come for the golf. In this regard, there are few resorts in the world that can exceed what this one has to offer. Gary Player’s three courses here give guests different experiences for starters. 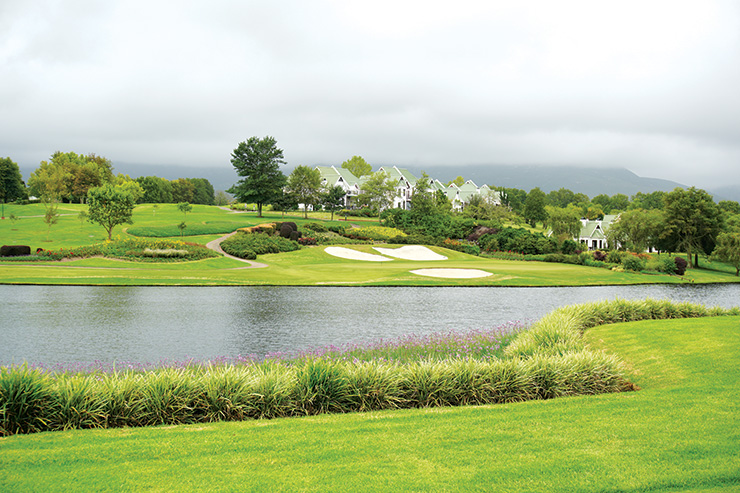 The parkland Montagu layout is the toughest of the three courses at Fancourt. Tan Ju Kuang

“Our three unique courses – Fancourt Links, Montagu and Outeniqua – that have their own individual characters,” says Dros.  “Golfers never feel as if they are playing the same shot twice while playing any of them.”

Fancourt Links is the most famous of the three, having hosted the 2003 President’s Cup where Ernie Els and Tiger Woods battled till darkness came. “Play a few rounds here and you’ll understand the beauty of the design, and appreciate the colossal effort in building such a masterpiece on land that’s far from perfect for golf,” continues Dros.

You wouldn’t have guessed if you play the Links. Each hole blend into the land seamlessly, and as true to its name, the bunkering and greens evoke the course’s spiritual brethren in places like Scotland and Ireland. But here, the weather is much better.

“The Links is a true test of ball striking with the onus on one’s approach shots. Leaving the ball in the right place on the green is the key to scoring well. The conditioning must compare with some of the best facilities in the world,” Dros attests.

Even though the Links is arguably the most sought-after one to play at Fancourt, both the Montagu and Outeniqua are equally enthralling. Montagu is noted to be the toughest of the three, demanding great accuracy off the tee. Like Outeniqua, it is parkland in nature, and as such, offer great changes in elevation with beautiful gardens and the omnipresent view of the Outeniqua mountains in the background.

For more casual or beginning golfers, Outeniqua would probably be considered the most friendly of the three, not to mention the one with the best views of the mountain range which it is named after. The open feel, especially from the tee, affords a sense of assurance that you won’t lose your ball so easily. However, the greens here are notably the sloppiest of the three courses so what it gives away in hitting the fairways, Outeniqua takes back in making it difficult for you to get the ball in the holes. 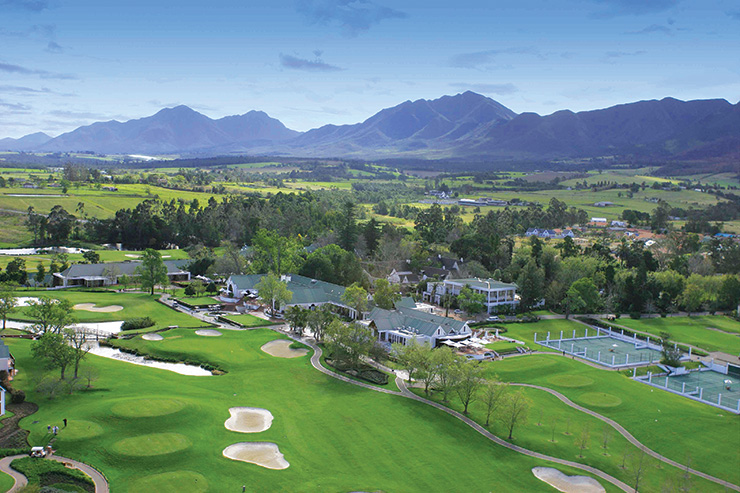 The mark of a great resort is that it never sits on its laurels. Three years ago, Fancourt set out to improve all three courses.

“At the Links, we looked at the native scrub areas and put a plan in motion to mimic as far as we could, the Links courses of Scotland and Ireland but with a natural indigenous look and feel introducing fynbos and grass species found along the Garden Route,” offers Dros. “Small changes maintaining the course integrity have been introduced. We raised tee boxes on the 18th hole so that visually the hole is not so intimidating but aesthetically more appealing. Symbolically now one aims your final tee shot at the clock tower of the clubhouse making the shot very memorable.

“On The Montagu is where most of the changes have been made. So far there have been nearly fifty changes, with more to come. Some small changes like bunker alterations are done while maintaining the aesthetics.

Trees have been added in strategic places, bush removed returning the courses to traditional parkland look and feel and additional gardens added. Overall the concept was to make the course easier off the tee for the average golfer yet trickier into the greens. Natural water features have been moved closer to the playing corridor adding visual appeal and also taking advantage of the natural beauty of the area.

The same philosophy has been adopted on the Outeniqua, more trees defining tee shots and defining the overall look and feel of the parkland course, some news tees, less bunkers and overall a big step up in the attention to detail of the course conditioning.”

Even though golf is up front and centre at Fancourt, you can easily spend a week here without hitting a single ball and still not get bored. The Spa Pavilion is a haven of pampering and offers a wide range of therapies to soothe your entire body. If not, the indoor pool is a great place of sanctity to calm your spirit.

For the active, there are four swimming pools, four tennis courts, a gymnasium, gym studio, hiking, jogging and enough cycling trails to have you perspiring in more ways than you can imagine. Yet, if you belong more to the sedentary set, then the boutique, and hair salon may be more up your alley.

The younger guests is not forgotten at Fancourt too. The Teen Lounge offers young adults a place to chill and engage in their favourite activities, and the Kidz Club helps to keep the children busy so that you too can have a vacation.

A resort is nothing without offering its guests a wide array of dining choices. La Cantina’s all-day dining concept keeps you from getting hungry through the day. It’s breakfast spread is to-die-for. If you require something a little more formal, Henry White’s, located in the Manor House (home of Henry Fancourt White, the engineer after which the resort is named, built in the 1850s and restored to modern grandeur), serves South African and local favourites with a nice wine list. My favourite hang-out is The Club Lounge, the casual bar-cum-café designed like someone’s lovely living room with the addition of a large bar to conjure your favourite drink. 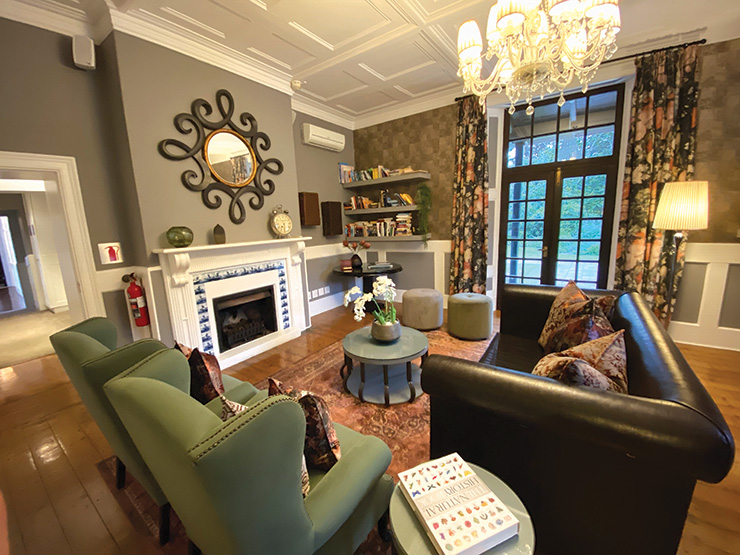 Built in the 1850s and restored to modern grandeur, Manor House was the home of Henry Fancourt White. Tan Ju Kuang

Fancourt is everything you’d want in a resort and more. You would imagine that given the lockdowns seen all over the world, it wouldn’t be so bad to be quarantined within the confines of this golf haven. We may not be able to make a trip there now, but we can look forward to brighter days ahead when we can actually make the dream of visiting come true.