Bryson DeChambeau wraps up another disappointing week at Augusta National 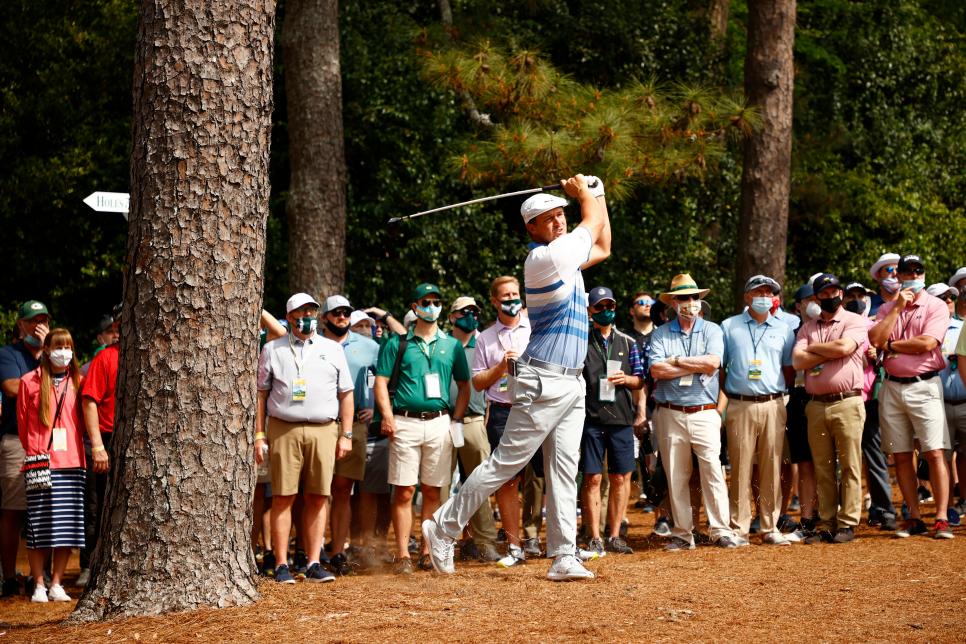 By Alex Myers
AUGUSTA, Ga. — Bryson loved it in the air. The patrons approved when it hit the ground. Both were wrong.

After a mammoth tee shot, Bryson had hoisted what had to be a sand wedge at most over the flagstick on No. 7, finding the generous bowl in which the pin is usually placed on Masters Sunday. The problem was his golf ball was carrying too much spin and it sucked back past the hole and off the green.

Bryson bent over in a mix of disbelief and disgust for about 10 seconds before finally tossing his club off his golf bag and trudging up the hill. It wasn’t going to be his day. It hadn’t been his week.

For a second consecutive Masters, DeChambeau had arrived as arguably the most-talked about player. And for the second time in five months, he’ll leave with a disappointing result. But while the first one included a lost ball in the rough, this one may have been even stranger.

Only four players all week shot better rounds than DeChambeau’s Friday 67, but the other three days the 27-year-old shot higher than the field average. That included a final-round 75 that left him at five over par for the week.

So why has the reigning U.S. Open champ struggled so much at the Masters? Even after his solid second round, the calculating DeChambeau noted he doesn’t have all his usual toys at his disposal due to local rules. In particular, the man who ranked 10th in strokes gained putting on the PGA Tour last season can’t use the detailed green-reading books allowed at all other events.

“It’s my biggest match, for sure,” DeChambeau said Friday of Augusta National. “Not having the help that sometimes I have on the golf course at other venues with greensbooks and, you know, not having the calibration tools that I usually use. It’s definitely a test and something I’m willing to stand up to and try to face the challenge and try to conquer it. It’s an interesting challenge for me and I love it.”

He didn’t seem to love it too much on Sunday when he declined to talk to the media. But playing partner Harris English stopped by after bettering Bryson by five shots with a 70. Is it possible DeChambeau hits it too far for some of the holes at Augusta National?

“It’s some give and take,” English said about DeChambeau’s distance advantage that saw him some 40 yards past English on a couple holes. “Yeah, he flushed one on 18, but if he pulls it a hair left it’s in that bunker and he really has nothing. You’ve still got to hit it straight out here. You can hit it as far as you want, but if you’re playing out of the trees all day, it’s not going to be good. But his good ones were good, and his off-line shots he got penalized.”

DeChambeau actually got penalized on one in particular when he pushed one right on No. 8 into an azalea bush that English noted wouldn’t be in play for most guys. That caused him to take an unplayable and he bogeyed the hole.

But even when he hit straight drives—like on No. 7—he couldn’t capitalize. Yes, there was an eagle on 13 and a birdie on 18, but he also wasted one on No. 15, rinsing his second shot and making his fourth double bogey of the week.

“I don’t think you can ever figure this place out,” DeChambeau said on Friday.

This time, he’ll have to wait 12 months to try again.