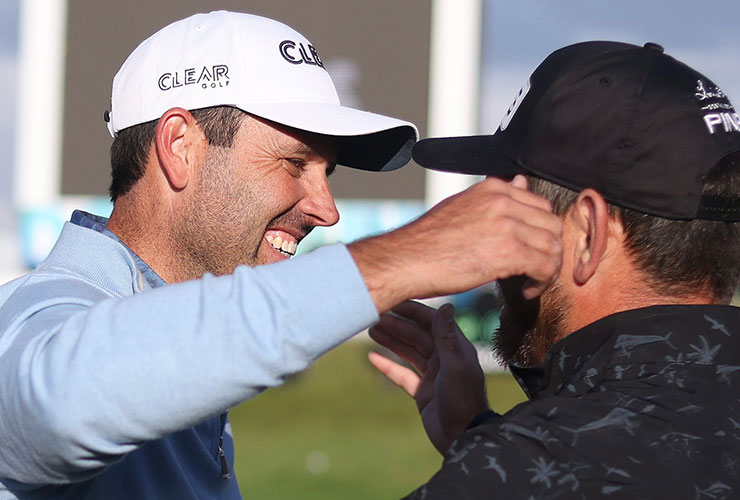 By Matt Smith
Charl Schwartzel held his nerve on the final hole of the final day at the inaugural LIV Golf Invitational Series event in London — and take home $4.75 million for his troubles.

The South African star famously won the 2011 Masters and came into this week’s event having not stood with silverware since 2016 as his career went through a barren spell.

All that changed on Saturday as he put in a sterling performance for a wire-to-wire win over three nervous days at the challenging par-70 course in Hertfordshire.

In the innovative Saudi-backed tournament, a total of $25 million was put up in prize money and Schwartzel had a double celebration as his Stingers team — made up of four South Africans alongside runner-up Hennie Du Plessis, third-placed Branden Grace and captain Louis Oosthuizen (T10) — claimed the inaugural team title, with each player picking up a bonus $750,000 each.

Schwartzel, who had a five-stroke lead at one point, was made to sweat over the closing holes, but he held his own to finish on seven-under — he bogeyed the last but got over the line — one ahead of Du Plessis, and two ahead of Grace and Peter Uihlein.

“Honestly it’s a relief,” said Schwartzel. “It was tough finishing. I made a bad mistake on 12 which put me on the back foot. I needed to stay calm. I had this thing in my hands and made it a bit more difficult than it should have been, but I am proud of how I hung in there, it’s a great feeling.

“Hennie played some fantastic golf. At 25 years old he has a bright future. Played real good. I am proud of him, and I am proud of my team mates. This is a historical moment. I was taking some heat down the stretch there, but we got there.”

Stingers captain Louis Oosthuizen was all smiles as he lifted the team trophy. “This goes to show you how important choosing a team is. Nothing they did today would have been possible if it wasn’t for me,” he joked as the celebrations began.