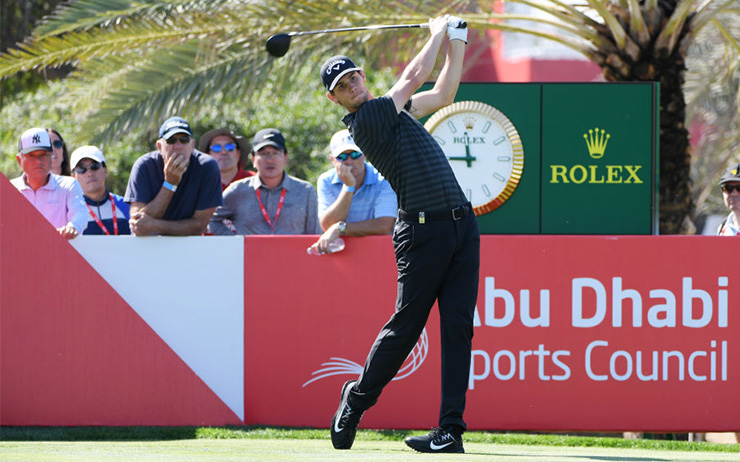 By Matt Smith
Thomas Pieters, the 2022 Abu Dhabi HSBC Championship winner, has said that watching his Team Europe Ryder Cup pal Matt Fitzpatrick claim a sensational US Open crown in Brookline has given him the motivation to get back in the winner’s circle.

Ahead of the DP World Tour BMW International Open in Munich, Pieters finished T27 at The Country Club, and now he is ready to grab a second title of the season at Golfclub München Eichenried.

The world No. 35 played alongside Fitzpatrick at the 2016 Ryder Cup at Hazeltine and said he is “over the moon” for his English friend.

“It is just amazing for him,” Pieters said. “We were in a house together at the US PGA Championship, I saw him in contention there and how calm he was on Saturday evening, Sunday morning and then to do it at the next major is impressive.

“He works at his game really hard, like everyone says he works every extra one per cent he can. It gives me motivation as well to see him get over the line for European golf. You saw Rory McIlroy with him on the 18th and you could see what it meant for the European players.”

Pieters was happy with his performance in Boston and has played in all three majors so far this season ahead of The 150th Open Championship at St Andrews in July.

The Belgian, who also won the Portugal Masters last November, added: “I feel like I am really close to returning to my best. My putting has been really good and that has been the missing link over the past years. I am driving it a lot better, and my attitude is a lot better. I arrive at tournaments, and I am looking forward to contending. I have won twice in the last eight months, so I feel like I am going in the right direction.”

You may also like:
LIV golfers permitted to play in Open at St Andrews
PGA plans tour series to rival  LIV
LIV Golf announces latest major signing
Brooks Koepka set to make his move to LIV
Report: Ancer is the latest LIV Golf recruit
18 parting thoughts from the US Open
Can you guess the top 10 US Open earners?
The US Open golf needed
Fitzpatrick became a major champion by turning his shortcomings into strengths
Phil admits he wasn’t ready
Watch that leader Morikawa
US Open Day 1 wrap
Rory produces strong start
Meet the US Open amateur hopefuls
US Open: A par 5 unlike any other
The Gulf Club: Latest golf news from UAE