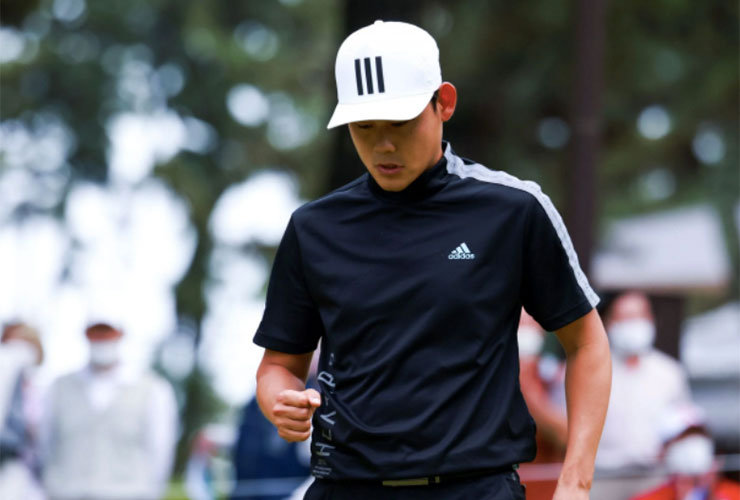 By Matt Smith
Japan’s Kaito Onishi stayed on top of the leaderboard in the Asia Pacific Open Golf Championship Diamond Cup after the third round but he now has some stiff competition as he was joined at the top by fellow home hopes Yuto Katsuragawa and Ryuko Tokimatsu and New Zealander Ben Campbell at Oarai Golf Club.

Onishi, the leader after the first two rounds, carded a one-over-par 71 to finish the day on seven-under, while Tokimatsu, who had a hole in one, and Campbell both returned 66s. Katsuragawa came in with a 67.

Onishi has only been a professional for a year and yet he is on the threshold of his first JGTO victory. And despite a difficult day on the course, which saw him make two birdies and three bogeys, he remained in a confident mood.

“I’m not bad at golf so I think I have a good chance tomorrow,” joked the 23-year-old, who graduated from the University of Southern California last year.