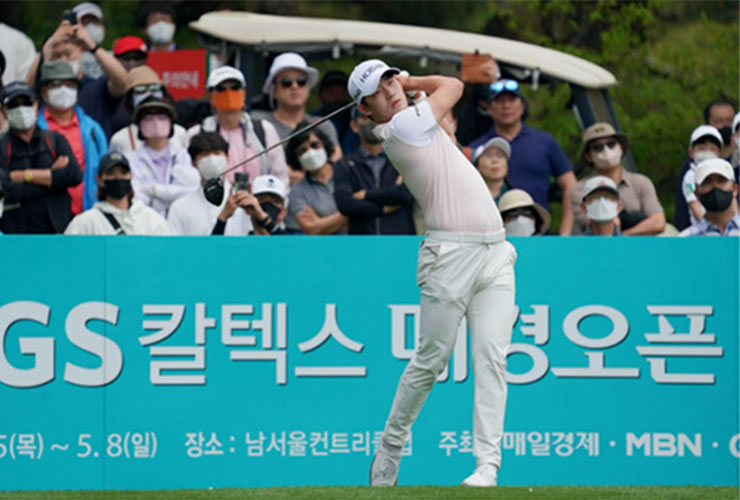 By Matt Smith
Home hope Bio Kim lived up to his favourite tag at the Maekyung Open to take a share of the halfway lead on Friday at Namseoul Country Club.

Bio has already won this title in 2012, and looked good to repeat the feat thanks to a three-under-par 68, while veteran Dongmin carded a 70 and Song, only 17, an impressive 66.

India’s Viraj Madappa, inspired by a hole in one, shot a 65 to sit a shot back with Korean Jiho Yang, who returned a 67.

The 31-year-old Bio was quickly into his stride thanks to three birdies on the front nine. He made an unexpected double-bogey on the 13th but confidently bounced back with birdies on the next two holes.

“I felt comfortable out there today and it was certainly inspiring to play in front of such big crowds. We haven’t done that in a long time,” he said.

“It’s great to still be playing at the same level I have been this year and put myself into a good position into the weekend.”

Little-known Song is enjoying playing the finest tournament of his young career. And he is loving it.

“I am now tied first,” he said. “I feel like I’ve been given a whole new opportunity,” he added, referring to a herniated disk last year.