Tenzin and Riaz are champions in Oman again 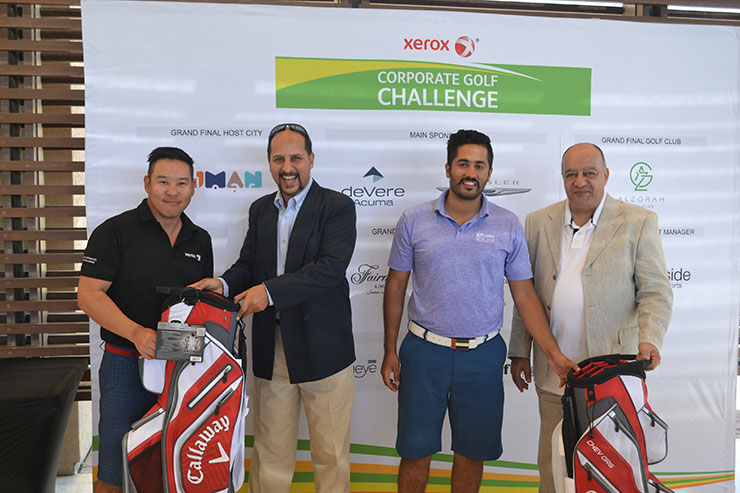 fixture in late April at the stunning Almouj Golf layout concluded a busy month for the Xerox Corporate Golf Challenge, with more teams advancing to December’s Grand Final. Tenzin Tsarong and Faiz Riaz, who won this qualifier 12 months ago, were again victorious on 41 points. Their three-point margin of victory was comfortable, reaching the final for a second year running with room to spare. Team Toon Army, comprising William Welsh and Danny Renihan, grabbed second spot with 38 points, while Barath Gopal and Srinivas Hebbar of Team Birdie edged a countback on 37 points to claim third.

The Xerox Challenge travels back to the UAE for the fourth qualifier at Dubai Creek Golf and Yacht Club, Thursday May 12. Registration for this event and future qualifiers is now open on www.xeroxcgc.com.