You won’t believe how bad Kevin Na putted on Thursday 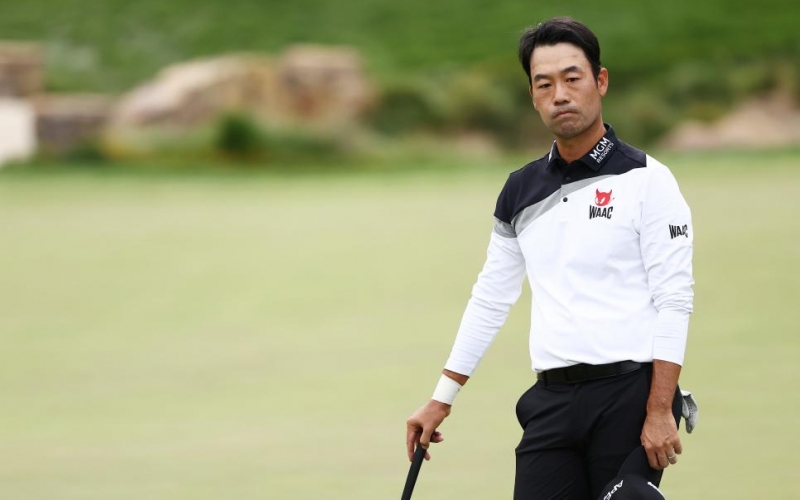 By Daniel Rapaport
AUGUSTA, Ga. — Professional golfers often talk about getting the most out of their rounds, and manufacturing a score when you don’t have your best stuff. This usually involves getting up and down, making a bunch of mid-range par putts and capitalizing on the few birdie looks you do have.

Kevin Na did exactly the opposite on Thursday at the Masters. Like, it’s legitimately impressive—and not in a good way—he managed to shoot a one-over par 73 with the ball-striking day he had.

Na hit 12 of 14 fairways at Augusta National, a very solid driving day. He also said on social media he hit every single green. Every single one! (Though the Masters app says he hit 12-of-14 greens, so he likely was just off the green in two cases.) He even managed to knock it on two pars 5s (the 2nd and 15th holes) in two.

And he still shot over par. How? He three-putted No. 2 for par. He three-putted two other holes for bogey. His lone birdie of the day came via a two-putt at 15. Incredibly, Na had zero one-putts on the day. It all added up to 39 total putts in what had to be an infuriating afternoon for the 37-year-old.

Per stats guru Justin Ray, Na would be the first player since 2009 to hit all 18 greens in regulation in a Masters round. He would be the only player on record in Masters history to hit every single green and shoot over par.

It seemed so ridiculous that some on the internet wondered if there was an error in the tracking system. Surely Na—who finished fifth in strokes gained/putting last season—couldn’t possibly have carded the round he did.

Let us also say we know how extremely difficult it is to putt these greens at Augusta National, perhaps the most difficult set of putting surfaces these tour players see each year.

Some putts he missed:

We’re frustrated just writing that. Can’t even imagine how the man himself is feeling.

More from the 2020 Masters
• Why Tiger is in great position to win a sixth green jacket
• Tiger Woods was feeling it Thursday and you didn’t even need to see his score to know
• Paul Casey’s opening 65 gives Peter Kostis something to cheer from afar
• Jon Rahm says he experienced a couple ‘reality checks’ playing with Bryson DeChambeau
• The Bryson Reckoning did not come to Augusta National. Or did it?
• The six most intriguing stats from Thursday at Augusta National
• Here’s how the tournament can get back on schedule for an on-time Sunday finish
• Xander Schauffele on Augusta’s easy conditions: ‘A lot of it felt wrong’
• How a 62-year-old former champion became the biggest surprise on Thursday at Augusta
• The Masters opening tee shot ceremony, even without patrons, still had all the feels