Where do preparations stand for the men’s majors and Ryder Cup in 2021? Officials share early info 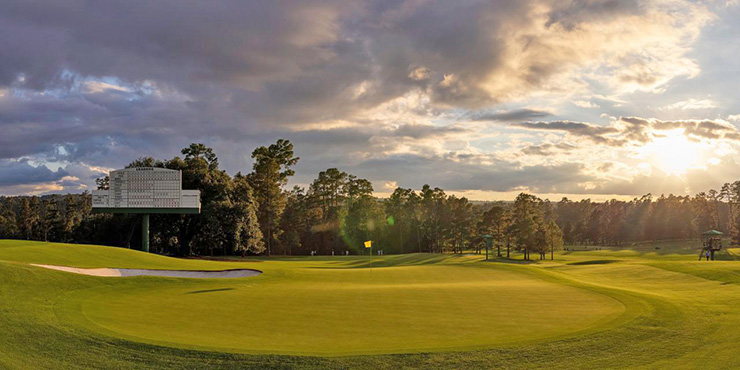 By Dave Shedloski
The lineup of major championship venues in 2021, aside from the traditional stop in Augusta, Ga., is not what most would be inclined to describe as inspirational. It’s not that the scheduled host courses—operative word being scheduled—are devoid of redeeming qualities. You certainly can’t complain about their respective global coordinates adjacent to water. It’s just that the Ocean Course at Kiawah Island, Torrey Pined and Royal St. George’s, while respected, tend to suffer by comparison to more traditional options.

However, after the tossed salad that became of the 2020 major championship season because of the COVID-19 pandemic, which included the cancellation of the Open Championship and fall dates for the U.S. Open and the Masters, a return to a conventional major calendar would be a major relief. So, can we really justify being picky? Let’s just see the championships played. On time. As scheduled. Maybe even with some fans in attendance.

Oh, and in regard to that last item, it’s imperative that spectators be allowed to attend the year’s “fifth” men’s major, the Ryder Cup at Whistling Straits in Haven, Wis. Slated for Sept. 24-26, the 43rd Ryder Cup was originally to be played for this fall but was postponed almost entirely because a proper staging of the popular biennial match wasn’t possible—proper being replete with full-throated partisan onlookers.

Kerry Haigh, chief championship officer for the PGA of America, was forthright in expressing how important it is for the Ryder Cup, returning to odd-numbered years for the first time since 1999, to be done right or not at all. If large public gatherings remain prohibited in the United States, there’s a good chance the Ryder Cup would not be postponed another year but would be cancelled, and the matches would move to Rome, as scheduled, in 2023.

“I’m not sure feasibly it would be possible for us to reschedule at Whistling Straits beyond this year, or beyond next year,” Haigh told Golf Digest. “We are talking about an event with an atmosphere like no other. So our hope and expectation is that we will be able to play it in the manner it deserves, with full crowds and full support. You would think things would be better for everybody by September, but if the situation exists that is not going to allow that, I guess it likely would not be played.”

Of course, much will have happened before any determination has to be made about the viability of the Ryder Cup. And much more will be known about COVID-19, safety protocols and the efficacy of vaccines that were starting to be rolled out this week—and how all of that affects golf’s biggest tournaments.

Yet here’s where the status of the major championships stand as the new year approaches. 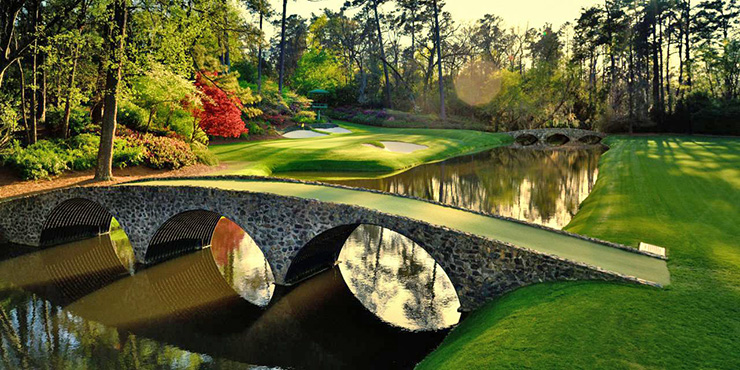 If the schedule is not interrupted, just five months will separate the 85th Masters from the 84th edition that Dustin Johnson won last month in record fashion. The short window won’t hamper preparation of the golf course, but will it be enough time for Augusta National to formulate a strategy for inviting patrons back to the grounds? A vaccine still might not be widely distributed by then. But could Masters officials find a way to activate a testing protocol?

RELATED: The highs and lows of Dustin Johnson’s spectacular 2020 season

“I don’t want to get into medical prognostications,” Fred Ridley, Augusta National chairman, said prior to this year’s tournament, “but just logically, as a layperson, a vaccine, while it will be wonderful when it happens, there’s going to be ramp-up time and all kinds of issues that will probably point to beyond April as being the silver bullet, if you will.

“I think as relates to testing, there are some real opportunities there,” Ridley added. “Our staff has been exploring those very deeply, and we have a number of people who are very interested in helping us. And so I think that’s something that we will really be looking hard at, is that capability—it already has developed, but as it continues to develop. That would certainly be a wonderful circumstance if we could test large numbers of people.”

The Augusta National Women’s Amateur, which was cancelled this year, is expected to return the week preceding the Masters, as is the Drive, Chip and Putt National Finals. The second edition of the ANWA is slated for March 31-April 3 with a field comprised of players who accepted an invitation to the 2020 championship and have retained their amateur status. The DCP is scheduled for April 4, with 2020 invitees getting to compete. 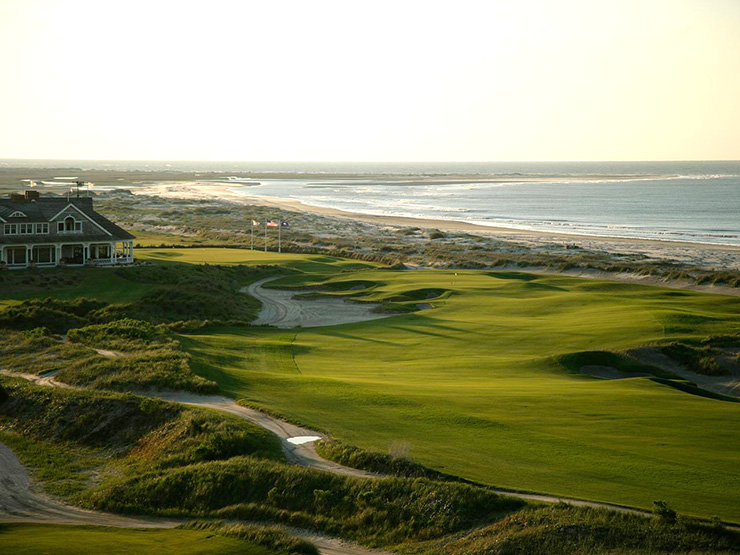 Other than a few minor tweaks, the Ocean Course, designed by the late Pete Dye, is the same layout on which Rory McIlroy won the first of his two PGA titles in 2012 by a record eight-stroke margin.

“The golf course itself, I think, is probably one of the most difficult golf courses in the country, depending on if the wind blows,” said Haigh, who watched McIlroy flourish eight years ago by shooting 13-under 275 amid conditions decidedly more accommodating thanks to significant rainfall.

South Carolina currently isn’t under the same stringent restrictions some other states are enacting to combat the spread of the virus, so there’s optimism that fans can roam Kiawah’s sandy dunes. Tickets are sold out, and Haigh said corporate support is strong. He could not say if PGA of America officials would mandate ticket holders be vaccinated in order to attend.

“There is no determination on specific plans at this point,” Haigh said. “We have a Plan A that is, hopefully, everyone can come, and we are at some semblance of being back to normal. But there is an alternative Plan B and then a worst-case Plan C, which we ended up having to do at Harding Park this year with no spectators.”

The 2020 PGA was pushed back from May to August, and California native Collin Morikawa emerged with his first major title at the San Francisco public course. Kiawah’s Ocean Course, a resort layout, will be the third straight public-access facility to host the PGA Championship.

RELATED: Catch up on the countdown of the top 25 Newsmakers of 2020 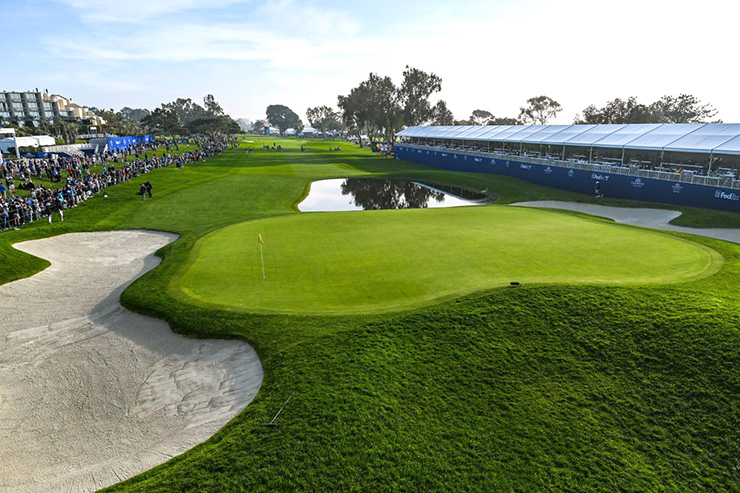 The key takeaway from a recent conversation with the USGA’s John Bodenhamer is that qualifying will resume for all of the association’s championships. In fact, qualifying already has begun for the men’s and women’s Amateur Four-Ball Championships, two of the 10 events the USGA was forced to scrap in 2020.

That the PGA of America was able to pull off the PGA Championship in August in San Francisco bodes well for the U.S. Open scheduled for Torrey Pines (and the U.S. Women’s Open at Olympic Club, also in San Francisco). The USGA faces a tight window to prepare for both, but the organization has great familiarity with the respective venues.

The 2008 U.S. Open at Torrey Pines was wildly successful financially and competitively as Woods, fighting through lower leg and knee injuries, captured his third national title in a playoff over Rocco Mediate. Australia’s Marc Leishman won the most recent event at Torrey Pines, taking the 2020 Farmers Insurance Open last January.

Noted bomber Bryson DeChambeau won the 120th U.S. Open at Winged Foot with a dominating six-stroke victory, and the California native has to be considered the favourite when the championship is contested on a South Course that can stretch to 7,800 yards after Rees Jones in 2019 updated his ’01 renovation of the original 1957 William Bell design.

Bodenhamer said it’s too early to “contemplate all the scenarios” for having fans at the San Diego-area public facility, not knowing how a vaccine or a mutation of the virus might impact life in general. But the USGA, he added, does feel prepared to plan accordingly.

“I think we learned this year that one thing we know for sure is we need to be nimble, and we need to be prepared to pivot, and so I think multiple scenarios is what our head’s wrapped around in trying to create flexibility,” he said. “We can go whichever way is needed, and a lot depends on what is going on in various states and counties as well as the cities we visit. But there are hopeful signs.” 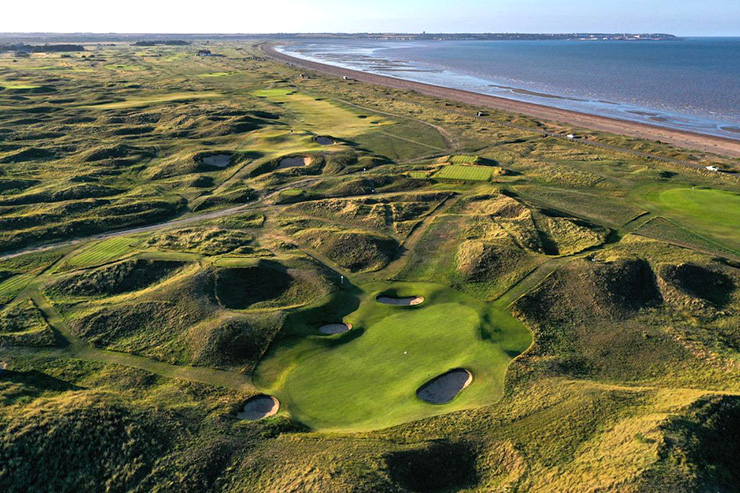 Numerous factors, well chronicled, impacted the ability of the R&A to hold rhe Open in southern England, leading to the first year without the playing of the game’s oldest major since 1945.

It’s a situation that R&A chief executive Martin Slumbers will try to avoid assiduously as the cancellation of the Open pushed back by a year the sites of succeeding championships starting with the 150th Open in 2022 at the Old Course at St. Andrews in Scotland, and followed by Royal Liverpool and Royal Troon. “We are very much planning to stage the 149th Open in July next year,” Slumbers wrote in an email to Golf Digest in response to the possibility of further postponement.

RELATED: The major that never happened—The story of the cancellation of the 2020 Open Championship

In sync with leaders of other major golf organizations, Slumbers was encouraged by news of the development of a vaccine but couldn’t yet say how it would impact plans for staging the Open.

“We are progressing with our plans … and are actively considering a range of operational scenarios for the championship in light of the continuing impact of the COVID-19 pandemic,” he said. “We very much hope to be able to deliver the Open with a full complement of fans at Royal St George’s, and news of vaccines becoming available is very encouraging. We recognize that the situation is volatile, however, and will continue with our contingency planning in case it is required.”

Northern Ireland’s Darren Clarke captured the 140th Open at St. George’s in 2011 by three strokes over Dustin Johnson and Phil Mickelson. Shane Lowry has held the Claret Jug since his emotional victory in 2019 at Royal Portrush, Northern Ireland.

Currently, there are 106 players exempt into the championship from 2020, and the R&A will be formulating plans for the remaining 50 slots, “in due course,” Slumbers said.