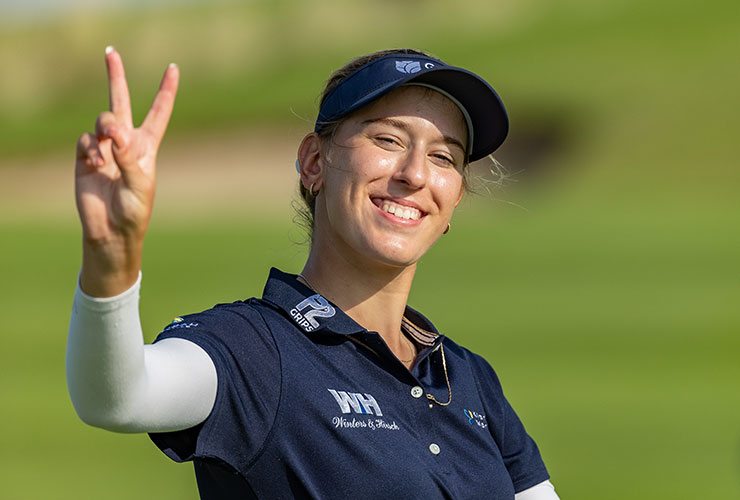 By Matt Smith
Dubai’s Chiara Noja had a storming start at the Aramco Team Series — Jeddah on Thursday after a four-under 68 took her to a tie for sixth spot on the leaderboard and just one off the lead.

The 16-year-old German was out in the breezier afternoon, but looked comfortable in a round that included six birdies.

“That was pretty decent,” she told Golf Digest Middle East following her round at Royal Greens Golf & Country Club. “We were on the windy side of the draw today, so hopefully we can get some calmer conditions tomorrow and take it from there.” 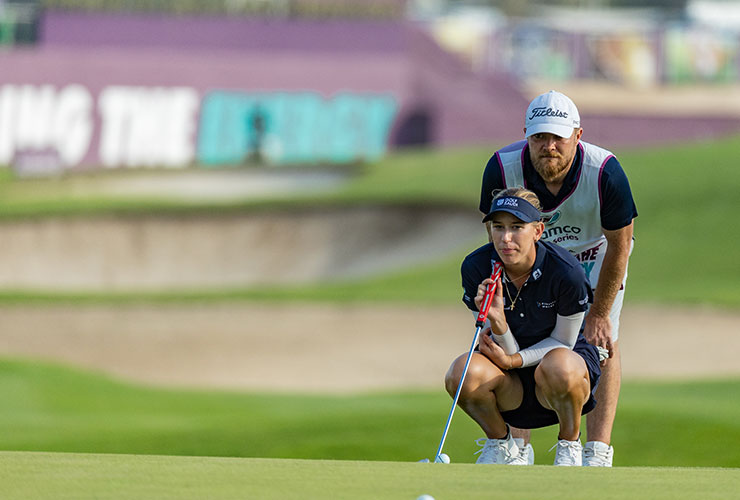 On her last Aramco Team Series outing in New York, Noja managed an impressive T11 in a very strong field, and now she is hoping to go even lower.

“I certainly hope so,” she added on her chances of a win. “I am not going to put any expectations on it though, and just take each shot as it comes tomorrow, and do my best.”

Noja has also got one eye on the Aramco Saudi Ladies International from February 16-19 following the news on Wednesday that the Ladies European Tour event will have a whopping prize fund of $5 million — up from $1 million in 2022.

Giving a reminder of her tender age, Noja said: “I certainly plan to be there. I will firm up the dates but I think it will fall outside of my GCSEs.

“I think it awesome. I think it is really great that we now have the same prize fund as the men [Saudi International] for basically the first time in history, so that is really cool. Golf Saudi are already doing a great job by giving us a platform to play on and giving us the prize fund to match is amazing.”

There are five players tied at the top of the leaderboard on five-under just ahead of Noja.

Gustavsson went home in 32, including two birdies in the final three holes in the setting sun.

The Swede said: “I wasn’t great off the tee, my driving wasn’t great, but I putted really well. I holed some nice putts and I’m just going to try and keep that momentum going for tomorrow.

“It was just a good solid round, and it was great fun. I had a great time with the team and that’s the thing about these events, you think about the team score, and try and make birdies for the team, not yourself. That is just a bonus.”

Gustavsson won the team event in the Aramco Team Series event in New York in October so is no stranger to success in golf’s global series and added: “It’s obviously a bonus every time, if you finish well in the team event, it’s such a nice bonus. We are obviously going to try and finish as high as we can. Haven’t looked at the scores yet but with being off in the morning, maybe we can post a nice score and put some pressure on them.”

Team Helen Kreuzer had an outstanding day in the team competition finishing their round on 22-under, six clear of their nearest competitors Team Linnea Strom, Team Nicole Garcia and Team Ana Pelaez Trivino.