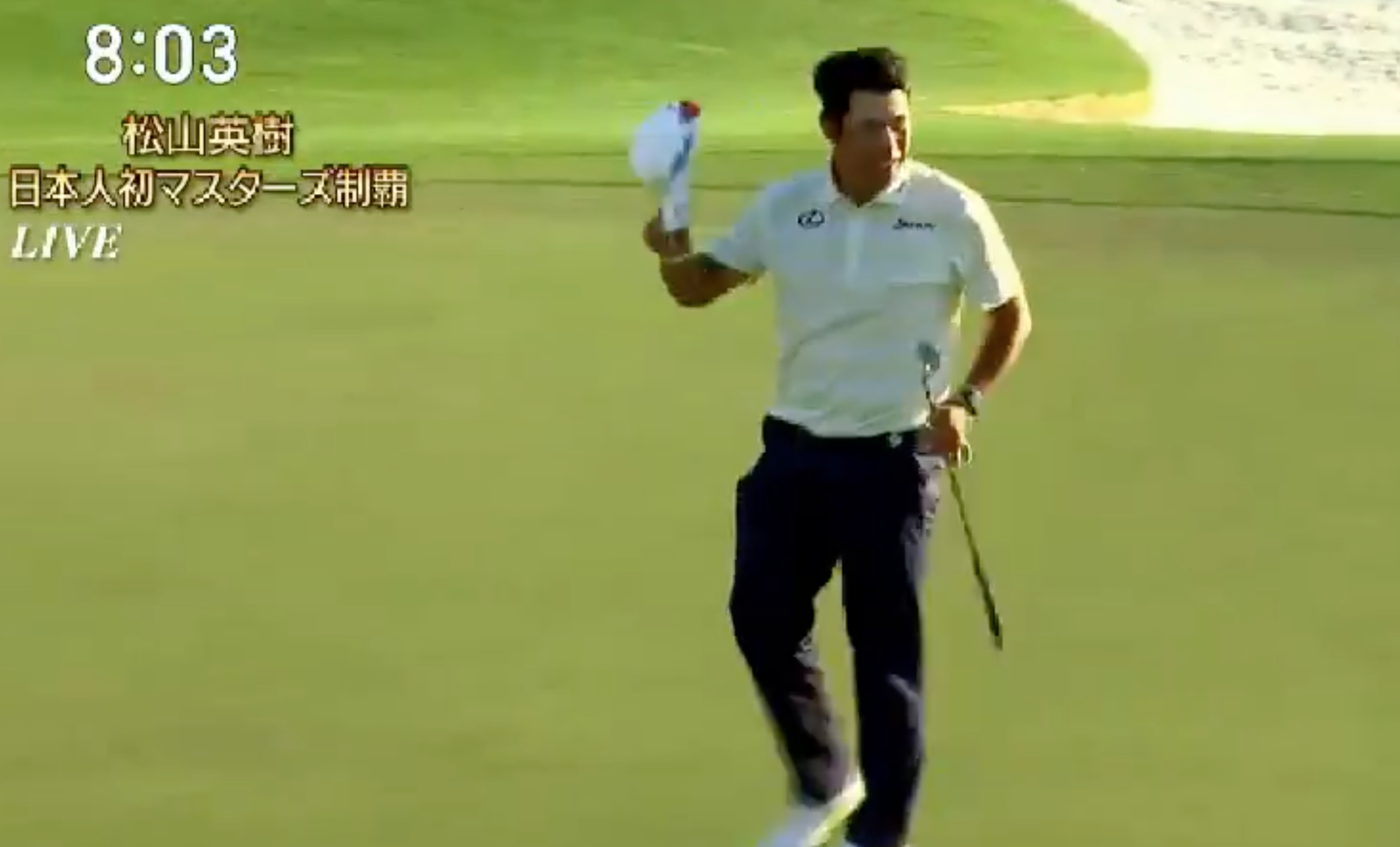 By Christopher Powers
Throughout the broadcast of Sunday’s final round of the Masters, CBS made sure to cue up the Japanese TV call for every big Hideki Matsuyama moment. Despite not being able to understand what the play-by-play man was saying, you could still feel the electricity in his voice. This was clearly a coronation for their nation’s greatest male golfer.

But then, at the 15th, things got a little hairy when Matsuyama flew the green with his approach, his ball rolling all the way into the pond on the 16th hole. Once again, CBS cued up the Japanese call, but this time you could sense it was officially time to get nervous back in Matsuyama’s home country. His bogey against Xander Schauffele’s birdie suddenly made it a tournament.

Thanks to Schauffele’s stumble at the 16th, Matsuyama was still able to cruise to victory, two-putting for bogey at the 18th to win by one over Will Zalatoris. CBS didn’t have the Japanese call ready this time, but it quickly found its way to Twitter, and it’s as emotional as it gets:

As called on Japanese TV: pic.twitter.com/03c4Chvc9q

What an incredible moment. You can hear this guy start to get choked up, and it’s hard to blame him. This tap-in capped off an entire nation’s crowning sports achievement.

If you’re looking for a translation, our Japanese isn’t very sharp, but here’s how one Twitter user believes he heard it:

Matsuyama has won. A japanese man will claim the green jacket, additionally he becomes the first Japanese in 85 years of being invited. Mastuyama has done it.

Very cool stuff. What a win for Japan.