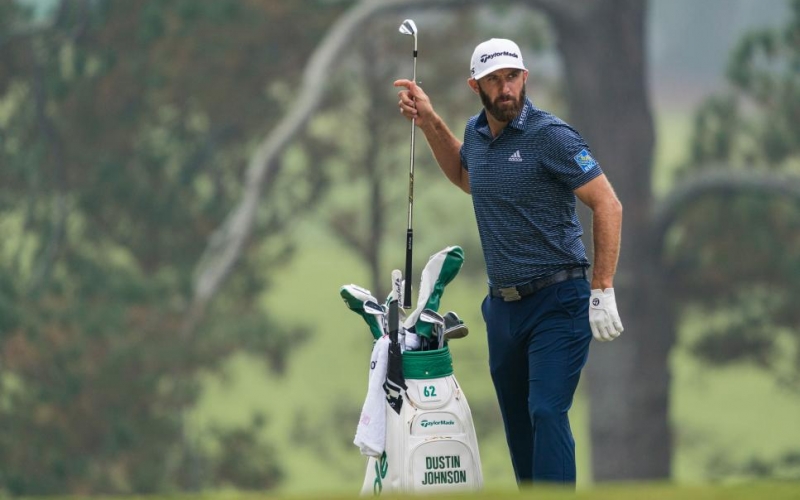 By E. Michael Johnson
Dustin Johnson won the 2020 Masters in a record-breaking manner, claiming his first green jacket and the second major championship of his career with a dominating performance at Augusta National Golf Club.

Key to Johnson’s win—and breaking the Masters’ 72-hole scoring mark with a 20-under 268 total—was a display of consistency rarely, if ever, seen at Augusta National. For the four rounds Johnson had just four bogeys, two each in the second and final round, the fewest by any Masters champion in the 84-event history of the tournament. Johnson’s bogey avoidance bested the previous mark of five held by five players. Johnson also hit 60 of 72 greens in regulation for an 83.33 percent clip. Johnson tied the all-time best at the Masters set by Nolan Henke in 1991 and tied by Tiger Woods in 2001. The tour started keeping track of the stat in 1980.

Johnson’s irons are TaylorMade’s P730 muscleback blade irons with True Temper Dynamic Gold Tour Issue X100 shafts and Golf Pride’s Tour Velvet grips. And his wedges are TaylorMade’s Milled Grind 2 model with the same grips and KBS Hi-Rev 120 S Black shafts. Johnson stretched his lead to a comfortable five shots with back-to-back-to-back birdies on Nos. 13, 14 and 15 after using his wedges for deft approaches on 13 and 15 and sticking one close from 127 yards on 14 with a sand wedge.

Johnson also used his length off the tee to his advantage on a soft Augusta National, averaging nearly 310 yards with his 10.5-degree TaylorMade SIM driver with a Fujikura Speeder 661 Evolution 2.0 X shaft. His putting also was on point as he bettered the field average in putts per green in regulation and only had one three-putt over 72 holes on Augusta National’s sweeping greens. Johnson’s putter is a TaylorMade Spider Tour IB putter with a SuperStroke Traxion Pistol GT 1.0 grip.

As for his TaylorMade TP5x ball, Johnson only uses balls with the number 1 on them. Given his World No. 1 ranking and performance at the Masters, no one is going to argue the appropriateness of that fact. 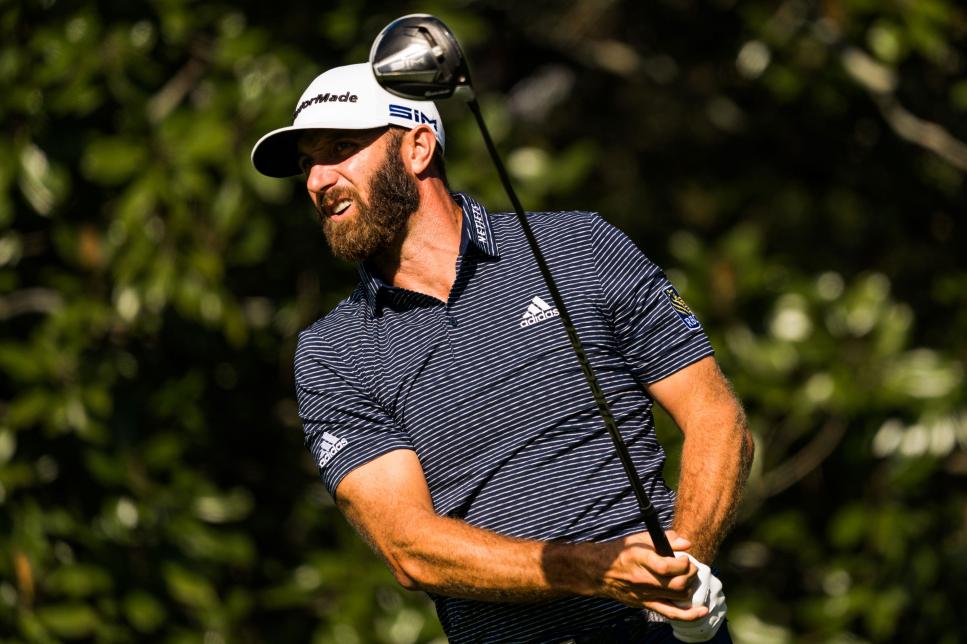 What Dustin Johnson had in the bag at the Masters

MORE MASTERS 2020 STORIES FROM GOLF DIGEST:
• These photos tell the story of Sunday at Augusta National
• Dustin Johnson’s laid-back vibe is perfect answer to muted Masters
• The 9 records Dustin Johnson broke or tied at Augusta National
• Cameron Smith makes Augusta history and still doesn’t get a green jacket
• How Tiger Woods turned a 10 and a 76 into an inspiring performance
• Tiger Woods just had the worst hole of his career with a 10 (Yes, TEN) on No. 12