The 9 records Dustin Johnson broke or tied at Augusta National 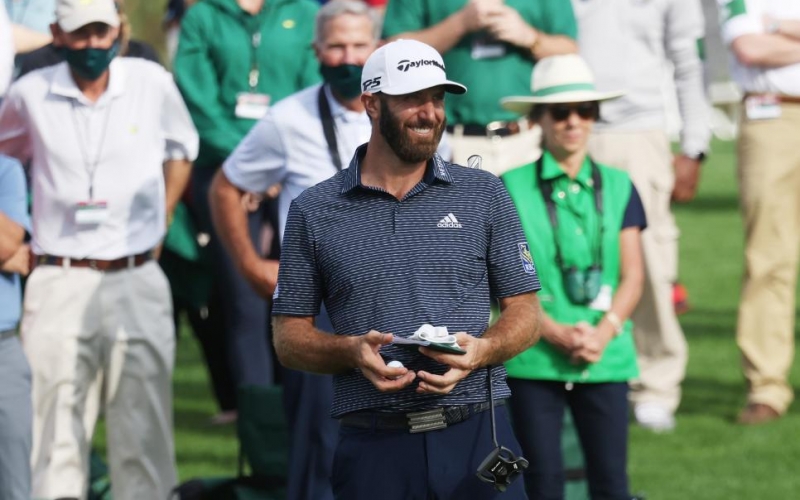 By E. Michael Johnson
Dustin Johnson won the 2020 Masters with a spectacular display of golf and, in the process, re-wrote more than a few pages of the Masters record book. Using the statistics listed in the official Masters media guide, we found Johnson had set or matched nine tournament marks, some of them of historical note and others of a more arcane nature. Still, any record at the Masters is worth noting. Here are those that Johnson now has his name attached to at Augusta National.

First player to have two rounds of 65 in one Masters
A number of golfers have had a 65 and a 66 in one Masters, but only Johnson can claim to have shot a pair of seven-under-par 65s in one tournament.

Wire-to-wire winners
Sleeping on the lead at the Masters is always difficult. Doing so for three nights and winning is another thing altogether. Johnson led or was tied for the lead each of the first three days and then finished the job on Sunday. That puts him in good company with 11 other champions who did the same:

Fewest bogeys by champion
Avoiding bogeys is always good in a major, but difficult to do. Johnson made just four bogeys over the 72 holes at the 2020 Masters, which was the fewest of any champion in tournament history. The all-time best by a champion prior to 2020 was five bogeys, held by five different players, Jimmy Demaret (1940); Jack Nicklaus (1965); Ben Crenshaw (1995); Phil Mickelson (2004) and Trevor Immelman (2008).