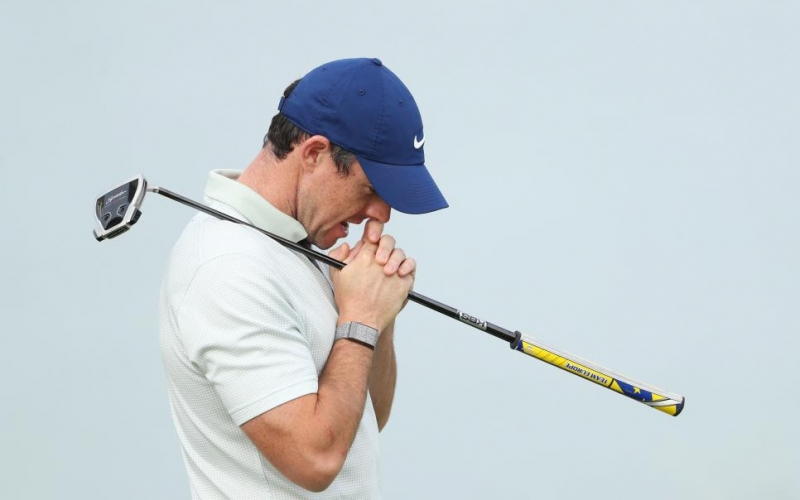 By Matt Smith
Rory McIlroy has revealed his regrets over his failure to build on a blistering start to fade from PGA Championship contention at Southern Hills last week.

The Northern Irishman opened with a five-under 65 on Thursday, but he could not capitalise on that one-stroke lead and eventually finished eighth — after two costly rounds on Friday and Saturday.

“Regrets? Yeah I regret I didn’t take advantage of the benign conditions on Friday,” he told the Irish Independent.

“I regret the big numbers I made on the par threes on Saturday.”

McIlroy shot 71 on Friday and a horrendous 74 on Saturday to leave him nine strokes off the lead and out of contention.

“I have to take the positives — and the fact that eighth place in a Major is absolutely the worst I feel I could’ve finished last week,” he said. “I just have to stay as patient as possible. I know that if I keep playing the golf that I’m playing the chances are going to present themselves.

“I’m going to give myself a few more chances this year, not just to win Majors but to win golf tournaments in general.”

McIlroy will play the US Open at Brookline from June 16-19 but will miss the Irish Open at Mount Juliet, opting to play links golf instead ahead of the 150th Open Championship at St Andrews.

You might also like:
F1’s Lando Norris plays ‘dream’ round at Augusta
WATCH: No way did Tom Brady make hole-in-one in viral video
DeChambeau withdraws from Charles Schwab
Rory and the PGA have a major problem
18 takeaways from the PGA Championship
Justin has a drive to win
Tiger withdraws ahead of PGA Championship final round
McIlroy misses big chance at PGA Championship
Rory McIlroy swing analysis
Is Tiger’s style holding him back?
Forget Dubai, check out the prices for drinks at PGA Championship
Dubai golfer Amelia McKee going pro