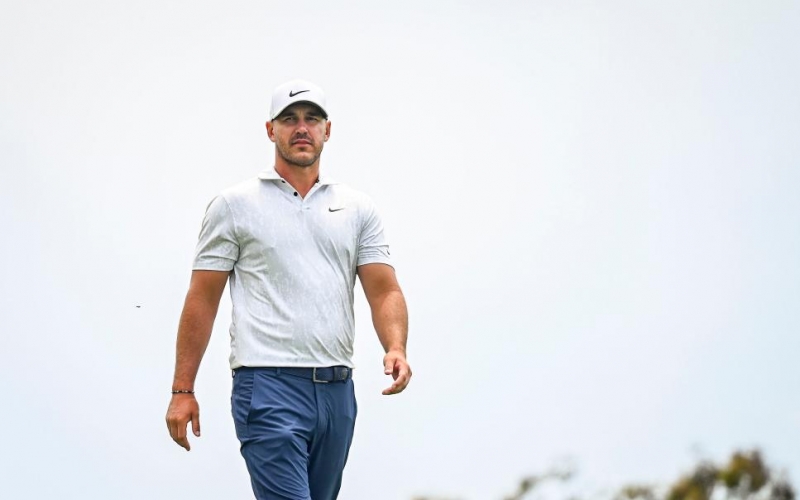 By Matt Smith
Brooks Koepka, the four-time major winner, is set to announce his departure from the PGA Tour to join the Saudi-backed LIV Golf Invitational Series, according to Sky Sports News.

Koepka, the back-to-back US Open champ in 2017-18 and PGA Championship winner in 2018-19, has long been linked with the money-spinning tour, where such big names as Phil Mickelson, Dustin Johnson, Ian Poulter and Lee Westwood teed it up at the inaugural event at Centurion Club just outside London earlier this month.

Koepka — who has removed all references to the PGA Tour from his social media profiles —  has long been strongly linked with a move to the LIV Tour, despite the threat of a ban from the PGA for any of its players that compete in the rival series. His brother, Chase, was also in the field at St Albans for the $25 million tournament, won by South African Charl Schwartzel, who pocketed a total of $4.75 million for thee days’ work.

Now Brooks, the world No. 19, will line up alongside his brother at Pumpkin Ridge Golf Club, Portland, Oregon, in the US for the second event from June 30. Mexican Abraham Ancer is also reported to be announced imminently.

You may also like:
Report: Ancer is the latest LIV Golf recruit
18 parting thoughts from the US Open
Can you guess the top 10 US Open earners?
The US Open golf needed
Fitzpatrick became a major champion by turning his shortcomings into strengths
Phil admits he wasn’t ready
Watch that leader Morikawa
US Open Day 1 wrap
Rory produces strong start
Meet the US Open amateur hopefuls
US Open: A par 5 unlike any other
The Gulf Club: Latest golf news from UAE