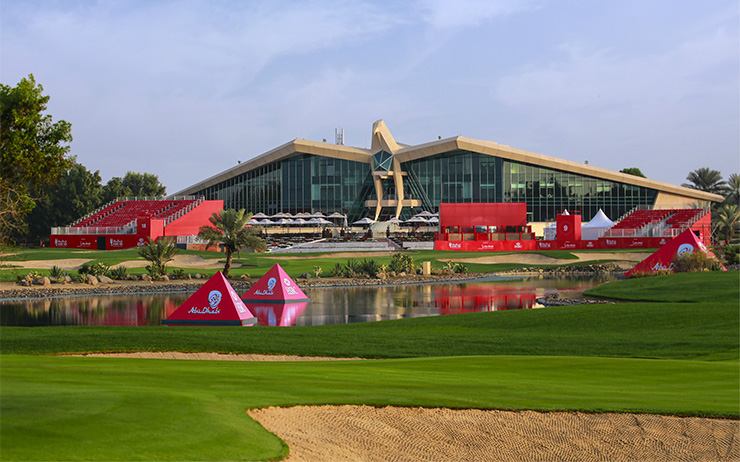 By Kent Gray
The home of one of the European Tour’s premier tournaments has a new mystery owner.

Aldar Properties has agreed to sell the Abu Dhabi Golf Club complex, including the on-site Westin Hotel and club’s 27 holes, for Dhs180 million (US$49m) to an undisclosed investor, according to a report by Gulf Business, a Motivate Media Group stablemate of Golf Digest Middle East.

The announcement comes as Abu Dhabi G.C. prepares to host the 16th edition of the $8 million Abu Dhabi HSBC Championship from Jan. 21-24. The European Tour’s season-opener has received a $1 million prize purse increase as part of a 2021 schedule shakeup and is one of the circuit’s four gold-starred Rolex Series events with links to the new European Tour-PGA Tour alliance, no doubt making the sale more appealing.

Currently under a licensed and technical service agreement with Troon International, Abu Dhabi G.C. features the famed Peter Harradine-designed National ‘championship’ layout plus a floodlit 9-holer, Holes 19-27, or more commonly referred to as the ‘Garden’ course’.

The complex, which also includes land for development of 46,543 square metres gross floor area, was acquired by Aldar as part of a wider transaction with Abu Dhabi’s Tourism Development Investment Company (TDIC) in 2018.

“We are very pleased to have successfully conducted the sale of this luxury hospitality complex, a testament to our team’s ability to create value through active management, despite challenges to the hospitality and tourism industry from Covid-19,” said Jassem Saleh Busaibe, chief investment officer of Aldar Properties.

“We will continue to pursue opportunities for significant growth and further diversification of the Aldar Properties portfolio.”

It came a few weeks after Aldar had confirmed that would take over the management of several government capital projects worth Dhs30bn ($8.2bn), as part of an agreement with holding company ADQ.