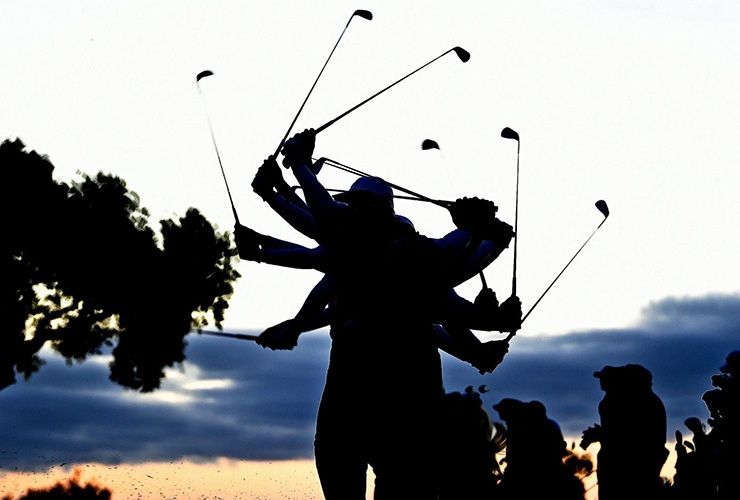 The idea of punctuated equilibrium, which Stephen Jay Gould and Niles Eldredge first posited in 1972, is that evolution, in fact, does not happen steadily on some uniform, predictable trajectory. The theory answered some lingering questions, such as why the fossil record doesn’t seem to support Charles Darwin’s notion of gradualism—a reality that puzzled Darwin in his lifetime as well. In fact, Gould and Eldredge argued that stasis is the natural order of the world, and evolution as we understand it only happens in rare cases. And when it happens, it happens fast.

When we talk about agents of change, it starts with Bryson DeChambeau. The revolution he instigated in 2020 is about more than just becoming a bigger version of himself. It’s about more than his diet, or his workout regimen, or the clever techniques he’s used to become one of the longest hitters in the sport with an impressively improving short game. These are all examples of the changes he’s ushered in, and they are examples that may persist or may become outmoded when someone else has a better idea.

DeChambeau’s true contribution is how he changed the paradigm. With one fell swoop, he changed not just how he approached the sport, but how everyone must now approach the sport. Speed training wasn’t quite a thing until Bryson made it a thing. He already has a legion of imitators (and a legion of detractors, of course), and they’ll be following his example in more than just lifting weights. DeChambeau’s lasting legacy, even if he quit golf tomorrow, is that he has changed the way that a professional golfer must think about the game. It wasn’t just about gaining more distance, but how to gain that distance in integrated manner that allows for sustained results and improvement beyond what many thought possible. He’s willing to try anything to achieve the ultimate goal of shooting low scores, and what seemed radical and perhaps even gimmicky at first now just seems necessary.

RELATED: The Bryson Effect—Ready or not, the game is about to change

When we talk about sudden jumps, we have to talk about the evolution of youth. You might expect that an exciting group of young players emerge as serious competitors every year on the PGA Tour, but in fact it seems to happen in waves. The last wave emerged into prominence around 2014-’15, headed by Jordan Spieth and Justin Thomas and a few others who are now reaching 30, and those players and their elders continued to dominate for the next few years. Then, starting late last year and continuing into 2020, a three-pack of stellar young guns emerged: Collin Morikawa, Matthew Wolff and Viktor Hovland. I interviewed and wrote about all three at the Players Championship in March, just a day before the world came to a screeching halt, and each in their way was obviously exceptional. Then, when play resumed, Morikawa became the first to break through at a major with one of the greatest pressure shots in PGA Championship history:

Like DeChambeau’s evolution, Morikawa’s success signified more than just a signature win for a young player. It was a sign of what he and Wolff, who was in contention at the PGA and finished runner-up at the U.S. Open, and Hovland are capable of, even in the most arduous circumstances. Hitting that shot, and winning the PGA Championship, signalled to the golf world that these young players aren’t just interesting novelty acts who might round into top form eventually—in every way, physically, psychologically, and competitively, they are ready to compete with the best. That, too, is a sign. These are the heirs of Tiger, and what struck me when speaking to them was just how polished they are. It’s a sign of the times; they’re trained to win, and they’re trained to deal with winning. That has not always been the normal state of events, but here we are. And in the last PGA Tour event of the year, at Mayakoba, it was too perfect that Hovland seized the title from the field with a bold birdie putt on the 18th hole:

In microcosm, you can see the sudden jumps play out in other big results, too, especially with Dustin Johnson leaping to the next stage in his legacy with a Masters win (leaving behind the Adam Scott/Justin Rose “excellent players with one major” tier in the rearview), and Jon Rahm turning potential into results with two huge wins and a brief stay at No. 1 in the world. Even Augusta National, by inviting Lee Elder to hit the ceremonial first tee shot in the spring of 2021, took an unexpected step away from the sadder aspects of its own history. 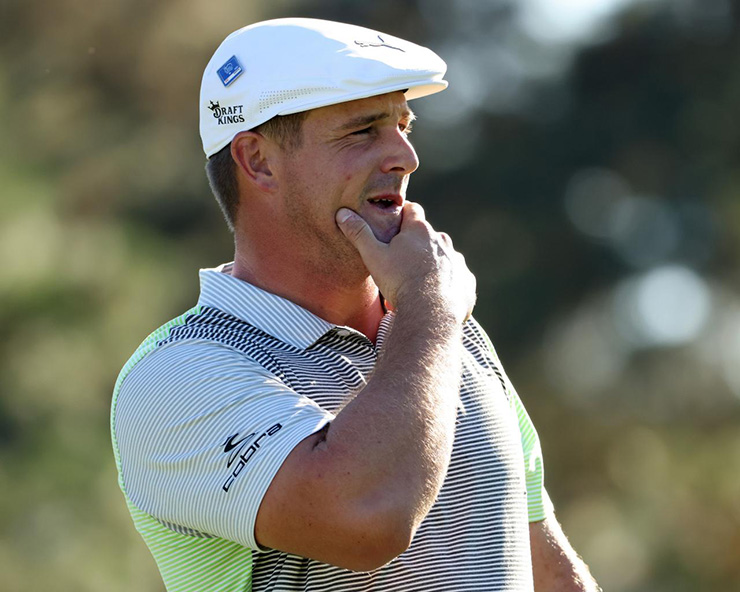 Bryson DeChambeau’s evolutionary impact on golf in 2020 will be felt for years to come. Jamie Squire

Of course, as with anything, we can’t talk about 2020 without talking about COVID-19. It’s the fundamental story of everyone’s year, from golf to literally any other arena you can name. On a societal level, it can feel like devolution; the very opposite of progress. But evolution happens in strange ways, and the PGA Tour’s reaction to the pandemic after an uncertain weekend at the Players Championship when everything changed is, paradoxically, one of the great examples of adaptation we had in the sports world. On a nuts-and-bolts level, the theory of evolution argues that changes within a species happen due to genetic mutations that confer an advantage—in other words, happy accidents. The coronavirus was nothing if not a societal mutation, and not a beneficial one. But the response, which managed to bring golf back in a way that was relatively safe and catastrophe-free, represented its own kind of evolution in the flexibility of a large governing organization.

Life is only getting stranger, and while it would be nice to believe that a vaccine will bring our worries to an end, a better bet would be that the adaptability the tour has shown this year is a skill that might have to be demonstrated again, and possibly soon. To evolve into a league that is capable of such institutional agility might not have meant life-or-death, exactly, but it was critical at a critical time. And it could be again.

As a catch-all term, evolution isn’t exactly synonymous with golf. In fact, the history of the sport has often been one of strenuously avoiding evolution, sometimes successfully, against the currents of society. In 2020, though, the floodgates broke on the course and off, and a longstanding equilibrium was dramatically punctuated. Whatever happens next, there’s no going back.