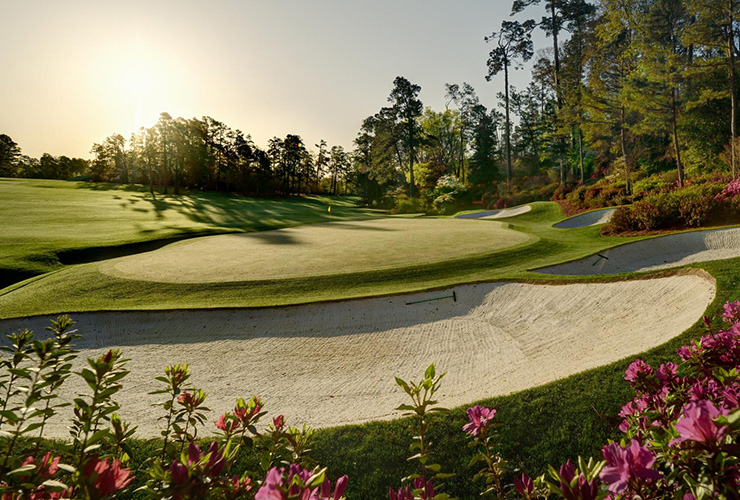 By Derek Duncan
Perhaps no other golf course has been altered more thoroughly or more publicly as Augusta National. Each off-season, behind closed gates, the club makes alterations to the holes, some minor and others profound, shoring up perceived weaknesses and to protect it against anticipated offensives.

Much of the work that’s done is almost imperceptibly sculptural, like the fine grading of slopes and mounds around greens, on putting surfaces or on tees. Every several years, changes are introduced that are more structural, like the modifications of the 11th hole in 2022 that included a realigned tee, the removal of a grove of trees down the right side and the deepening of the bailout area right of the green.

Lengthening holes is a necessary step to maintain validity as the world’s highest-profile tournament venue. The club has long asserted its primary goal is to safeguard the integrity of the prescribed strategies of each hole, and adding back tees is a good-faith effort to ensure that Scottie Scheffler is hitting somewhat comparable clubs into greens that past champions have. The only way to honour the “momentous decision” that Alister MacKenzie and Bobby Jones envisioned for the second shot at the 13th, for example, is to add yardage so players are hitting longer irons into the green instead of lofted clubs.

But at some point, Augusta might run out of room. The club has already gone to extreme measures to stretch holes in order to preserve historic shot values — in 2018 they rerouted a section of Old Berckmans Road in order to extend the fifth tee 40 extra yards, and in 2017 the club purchased, for an undisclosed price (but reportedly in the eight-figure range), a section of land behind the 13th tee belonging to neighboring Augusta Country Club that will eventually give them the flexibility to stretch that hole up to, perhaps, 75 yards.

This year the 15th hole was lengthened from 530 yards to 550 yards to make the choice to go for the green in two more agonizing. But to do so a type of rampart had to be built up to support the new back tee. Heavily landscaped, it’s graded into a hillside near the 11th fairway. The tees of numerous other holes are already up against natural and infrastructural boundaries limiting future expansion.

Outside of the game’s governing bodies further regulating equipment, or the club introducing a reduced flight Masters tournament ball, don’t put it past Augusta to come up with heretofore unthought-of solutions to this issue when price is no object. Acquiring land and rebuilding boundaries is already in the playbook. Certain holes possess no obvious solutions — to protect their character, modifications would have to be made at the green or through bunkering.

Holes such as one, three, five, eight, nine, 10, 12, 14 and 17 have no place to go. But for others, considering normal logistical realities, how much room exists for more yards, and what are the alternatives if nothing more is done to control the lengths players hit the ball?

Let’s look at the geography of the Augusta National and possible options for the future. 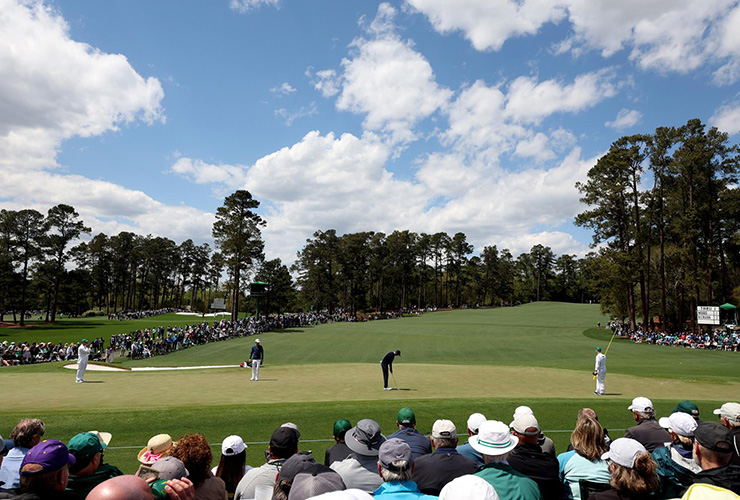 The tees are set tight against the northern corner of the course with outbuildings on the other side of the fence, so there’s no room for extension there. But added length is not currently needed at this par 5 — it continues to function as intended with players attempting to hit the green with long irons and hybrids. However, if that changes, the club could choose to relocate the entire green complex, moving it 15 to 20 yards further back into the open space behind it.

That might seem desperate or far-fetched, but with modern GPS mapping and construction technology, the precise elevations and measurements of the existing green and surrounds can be recorded, and the features reproduced in exact form on a new section of land. 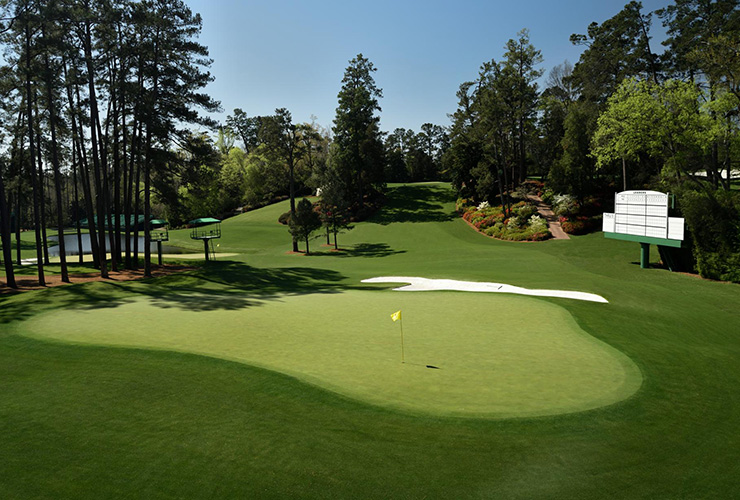 As it stands, there’s no potential to lengthen the par-3 sixth since both the tees and the green are boxed in by the fifth and seventh holes. The hole plays 180 yards downhill, just a short iron for the pros. This is a potential criticism of Augusta National — three of the par 3s can often be played with the same club depending on pin positions or conditions —usually a 7, 8 or 9-iron.

In a scenario where all cards are on the table, the club could use the opportunity to convert the sixth into a 200- to 205-yard hole by shifting the entire fifth hole to the west (to the right if looking from the tee box) where there’s 30 to 35 yards of available space, re-creating the wave-like green in exact form. This opens enough room for a tee extension on No. 6 and more diverse club selection among the par 3s. 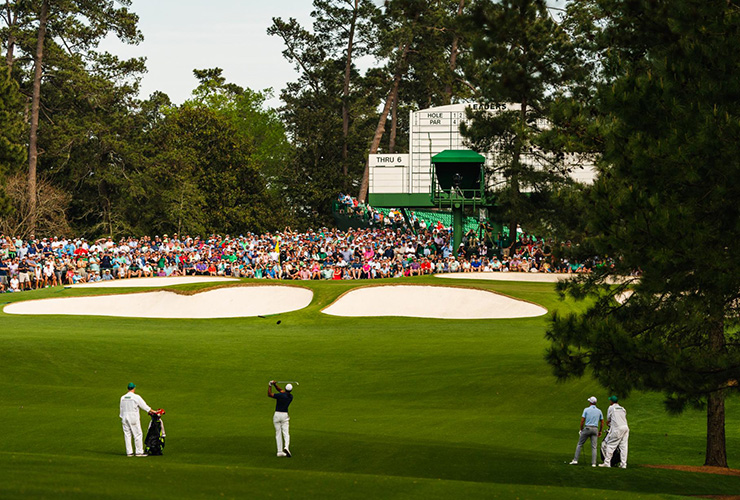 There’s no room to go further back on No. 7 — the hole’s already been narrowed and stretched 90 yards since 2001, transforming it from the course’s second sporty short par 4 (along with the third) into a long, US Open-type of hole. It should be a candidate for a significant restoration in keeping with the spirit of the way it played for decades, but it’s hard to envision the club doing much here — the tightness of the drive and the small, partitioned green have proven to be significant if restrictive defenses.

But like the second hole, if a move ever needs to be made, the entire green complex can be shifted 10 to 20 yards farther back into the same hillside. 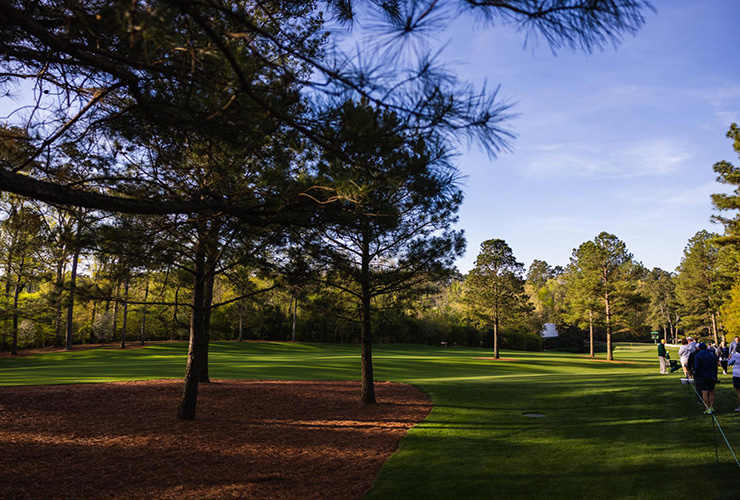 Eleven has become the blockbuster film franchise that lurches in different directions each time the story is rebooted. No other hole has been as continually adjusted and redesigned, beginning with Robert Trent Jones’ major remodel in the early 1950s and continuing in stages through 2022. Interestingly, there’s still room to take the tees on 11 back another 50 yards. The club would love to disperse that land elsewhere, because the appetite for stretching a par 4 that’s already the most difficult hole on the course to 530 or more yards is low.

If nothing is done to control the flight of the ball, the par 5 15th might need to be extended further at some point. There’s another 10 yards on the existing back platform built for the 2022 Masters, but if they need to push it back even more, the entire 11th hole could be shifted southeast, or to the left, to orient the tee shot away from the new 15th tee. The land is there, and a reconstruction that opened up the left side of the 11th fairway would recreate the old left-to-right drive and leave an approach angle that must cross over the corner of the pond guarding the green.

It’s no secret that Augusta will utilise the land it acquired behind the existing 13th tee at some point — the question is, when will the shot data the club collects finally indicate it’s time? The strongest drives on this par 5 currently leave approach shots in the 180- to 210-yard range, an easy call if the lie is good.

The ability to shift the tees back 30-40 yards — at least to begin with — would mean players would have to drive the ball 300 yards or more, turning it over with high, right-to-left spin, just to reach the same position. For tee shots that aren’t perfectly positioned, those decisions to go for it would once again become far more momentous. 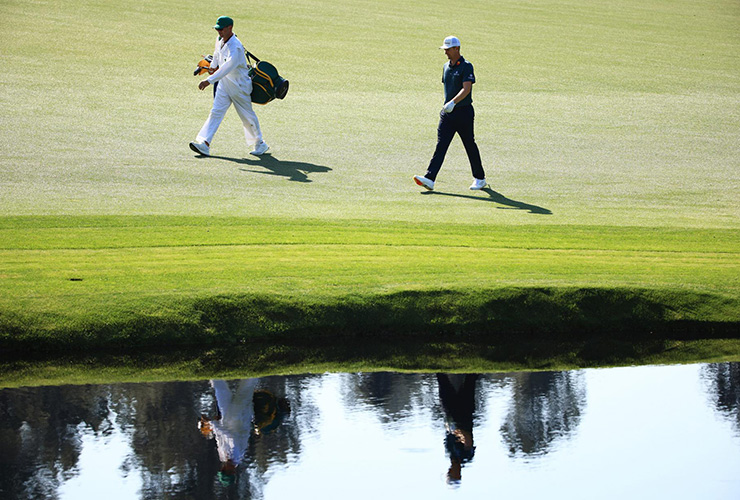 Don’t be fooled by the fact that no eagles were recorded at 15 in 2022 — that was due more to the cold, blustery weather than the added length. Give the players another year and more normal conditions, and the longer hitters will again be taking aim at the green. That might, at some point in the future, inspire the club to continue to move the tees back (see: Hole 11). Now that they are creating landforms, why stop? 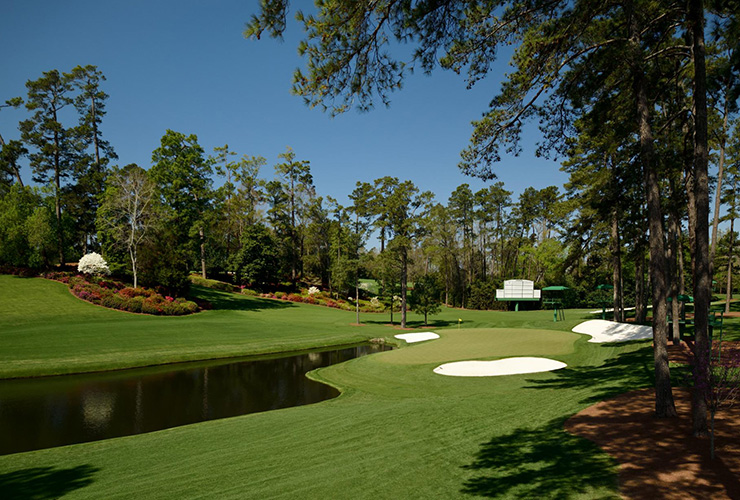 There’s no apparent reason to lengthen 16 — the hole is either a birdie hole, a reasonable par or a hard par all based on where the hole is cut. But if the club wanted to gap out the par-3 distances, there’s room to take the tee back another 15 yards, and the angle can be altered as well to orient the tee shot more toward the pond. 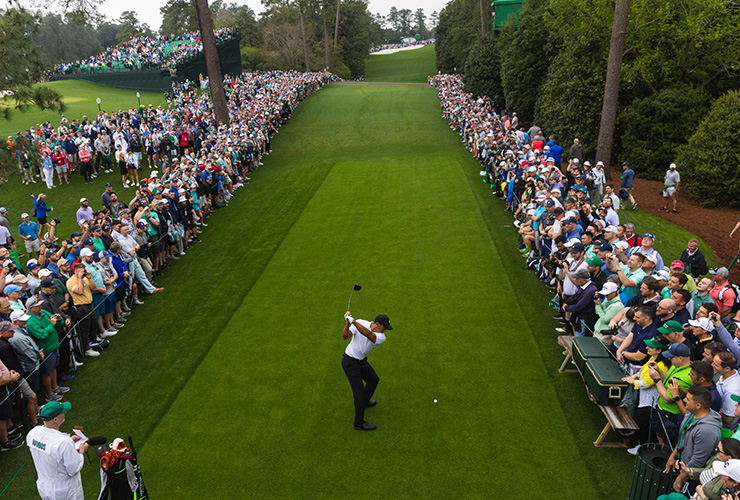 Given the amount of technology, subterranean networks and hi-tech infrastructure already embedded in Augusta National, not to mention the penchant for emphatic change, it’s a small step for the club to begin relocating greens and even entire holes if the mandates of professional tournament golf go unchecked. The tee at 18 has almost nowhere to go, but the green complex could slide up farther on the hill, where the club has another 25 yards to play with. This is already a demanding uphill hole, but in good conditions many players are hitting short irons into the green—given history and the desire to control outcomes, you know Augusta would like to see that change.