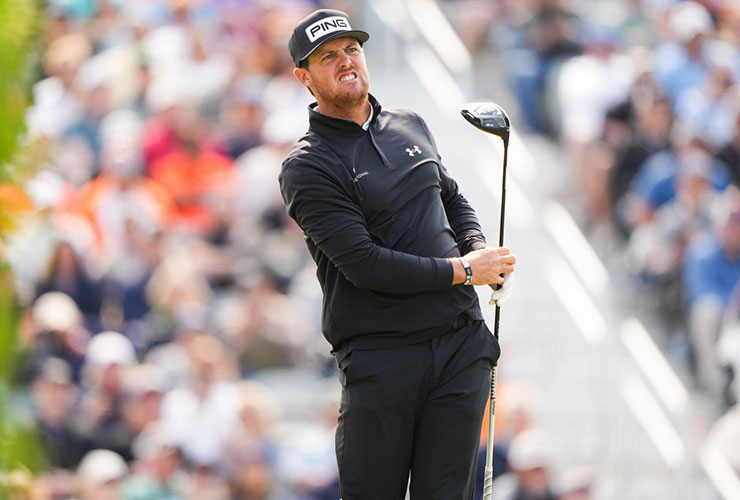 Mito Pereira hits his shot from the tenth tee during the final round of the 2022 PGA. Darren Carroll/PGA of America

By Tod Leonard
With the PGA Championship over, the focus on majors turns to the US Open from June 16-19 at The Country Club outside of Boston, and the USGA was staging two qualifiers on Monday while also announcing an additional 30 players who have received full exemptions. Among them are two former major winners, Adam Scott and Keegan Bradley, and Sunday’s PGA runner-up, Will Zalatoris.

There were 27 players who were not otherwise qualified and earned exemptions through their place in the top 60 in the Official World Golf Ranking as of Monday. Scott, the winner of the 2013 Masters, and Bradley, the 2011 PGA Championship titlist, are ranked 42nd and 46th, respectively, in the world. Zalatoris now stands at No. 14.

The most dramatic move into the top 60 came from Chile’s Mito Pereira, who rose 51 spots to No. 49 by tying for third in the PGA.

There were three players who got exemptions based on their results on other pro tours. They are Joohyung Kim, the top finisher on the 2020-21 Asian Tour Final Order of Merit; Jed Morgan, the No. 1 player on the 2021-22 PGA Tour of Australasia; and Shaun Norris, the current leading player on the Sunshine Tour Order of Merit.

There are officially 82 players in the field for the US Open, including the three who qualified in Japan on Monday. Japanese Tomoyasu shot nine-under for 36 holes to be the medallist, followed by countryman Daijri Izumida and Australian Todd Sinnott.