By GolfDigestME.com
After 25 challenging months and a pair of unavoidable false starts, the MENA Tour is back with a brighter than ever outlook.

The Middle East and North Africa developmental circuit will return to post-pandemic action via a four-event ‘Beautiful Thailand Swing’ next month with each of the 54-hole, US$75,000 tournaments to be co-sanctioned by the Asian Development Tour (ADT).

Incentives are available to MENA Tour members who tee it up in Phuket, chief among them an invite to one of the Asian Tour’s 10 new marquee US$1.5 million-plus International Series events in 2022.

That opportunity will be awarded to the overall Journey to Jordan Order-of-Merit champion at the completion of the Blue Canyon Open, the ninth and final event of the season. The top 10 available Oder of Merit players will also earn invites to the next two ADT events, after which the ADT will conduct its own re-ranking — meaning potential promotion to the main Asian Tour. In addition, the top 10 players in the Journey to Jordan rankings will also be exempted to the final stage of Asian Tour Q-School for the 2023 Asian Tour season.

Co-hosted by Laguna Golf Phuket and Blue Canyon Country Club, the Beautiful Thailand Swing is the first tangible outcome of the strategic alliance announced by the Asian and MENA Tours in December. A full merger of the MENA Tour and ADT is mooted from 2023. 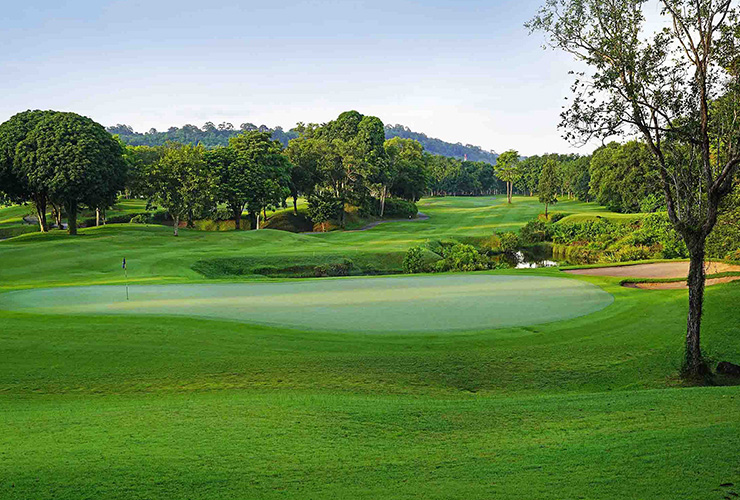 MENA Tour Commissioner David Spencer said the Beautiful Thailand Swing incentives, especially when coupled with impending changes to the Official World Golf Rankings, underline the importance of the alliance with the Asian Tour.

“The OWGR changes [which come into effect in August] are particularly important to development tours because there will be no minimum OWGR points awarded to any tour. This will make pathways to the top tier tours more difficult for players in the lower positions on the OWGR,” said Spencer.

“We believe that the new OWGR regulations are fair but we are also very cognisant of how a player progresses. This vital progression very simply boils down to playing opportunities on OWGR tours and once we were made aware of the new OWGR regulations, we felt compelled to further align ourselves with one of the top tier tours.”

A MENA Tour player could conceivably tee it up in Phuket, secure an International Series start and eventually find themselves playing in one of the eight new $25 million prize purse LIV Golf Invitational Series events, the recently announced Saudi-backed league fronted by Greg Norman.

“We will continue to work more closely with the Asian Tour as there is absolutely no doubt that our combined vision will provide players with the clearest and most defined development pathway in the world of professional golf outside of the USA,” said Spencer.

Ryan Lumsden won the last MENA Tour event, the Journey to Jordan 2 Championship held at Ayla Golf Club in Aqaba in early March, 2020. The $13,500 pay day propelled the Scottish professional up to third in the 2020+ Journey to Jordan standings behind a pair of Englishmen, David Langley and David Hague.

Attempts were twice made to restart the circuit in a bio-secure bubble at Ayla Oasis, the MENA Tour’s destination partner. However, on-going travel restrictions made a resumption impossible until now.

To further assist players starved of playing opportunities since the outbreak of the COVID-19 pandemic, the MENA Tour has dramatically reduced entry fees to $50 for each of the four Beautiful Thailand Swing events. The Phuket swing has also been confined to a compact three-week window to help players contain costs.

Spencer has also outlined plans for the 2022 MENA Tour season with an initial October-December schedule featuring a “strong focus in the MENA region” to be released in due course.

All current MENA Tour members will be automatically eligible to re-join the tour for the 2022 season with the OWGR confirming traditional Q-School requirements have been waived this year due to the impacts of COVID-19.

“Obviously, the world is a different place since the pandemic began and we have had to try and figure out how to best adapt and pivot the MENA Tour,” Spencer said.

“At times we know this has been frustrating but I know all our members will be buoyed by the fact we have always been working to try and improve the tour we created back in 2011.”