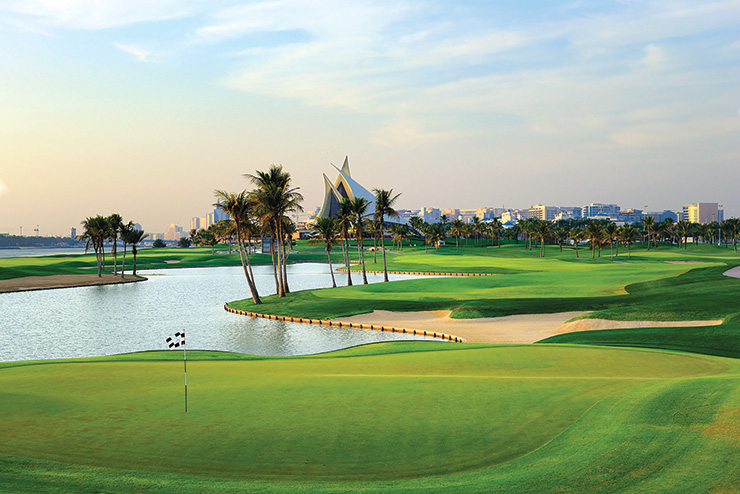 By Kent Gray
Dubai has suddenly become the epicentre of world amateur golf and has no intention of wasting the golden opportunity.

With first Royal Melbourne (Oct 2020) and then Sentosa Golf Club (Oct 2021) unable to take up hosting rights to the 12th edition of the AAC due to COVID-19 restrictions in Australia and Singapore respectively, the UAE has proudly stepped into the breach at the 11th hour.

Dubai Creek Golf & Yacht Club will now stage the AAC from November 3-6 and, given the delays, the 72-hole strokeplay event now holds more significance than ever. Not only will the champion earn a start at next year’s Masters and Open Championship as ever, the 13-month adjournment means the next Open, being the 150th edition at St. Andrews, is extra special. The champion will not only get to tee it up at fabled Augusta National but also in the oldest major at golf’s birthplace, The Old Course. As a result, global eyeballs will focus on The Creek and Dubai Inc, a boon as the world slowly begins opening up to golf tourism again.

It is no coincidence another of Dubai Golf’s properties, Jumeirah Golf Estates, will host the International Golf Federation-sanctioned WATC in 2023 with the 32nd Eisenhower Trophy (men) and 31st Espirito Santo Trophy (women) to be played on JGE’s Fire course. 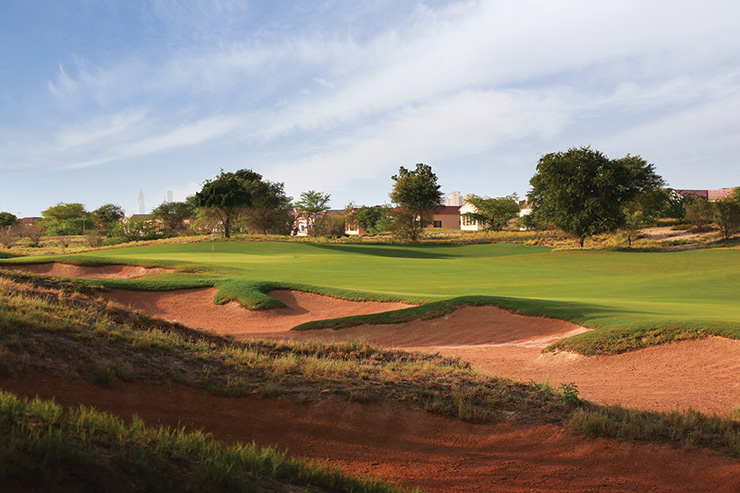 Fire Course at JGE. Courtesy of the club

“It’s great news for Dubai and the UAE,” Dubai Golf CEO Chris May said of the AAC announcement, made jointly by the Asia-Pacific Golf Confederation (APGC), the Masters Tournament and The R&A late last month.

“It is a tournament we have been working for some time to bring to the region so to finally have the opportunity to host the event in Dubai, it’s fantastic for the country and gives all UAE National team players along with all the other GCC golf teams the opportunity to test themselves ‘at home’ against
the best amateur golfers in the Asia Pacific region.”

May described as “significant” the trust Augusta National, the R&A and ultimately the APGC had shown in “Dubai and the UAE to host major sports events at this time.” That faith would be repaid, he promised.

“Following a visit from members of the tournament committee from Augusta National we received very positive feedback and hope to make the UAE part of the [AAC] tournament’s rotation plans in future years,” May said.

“We are working hard on the golf course over the summer months to ensure it is in great condition for the tournament and post-event member and guest play.”

The AAC was established in 2009 to further develop amateur golf in the Asia-Pacific region. The event has rightly been lauded as a launchpad for freshly-minted Masters champion Hideki Matsuyama with the Japanese superstar the only back-to-back champion after triumphing at Kasumigaseki Country Club in Kawagoe, Japan, and Singapore Island Country Club in 2010 and 2011 respectively. 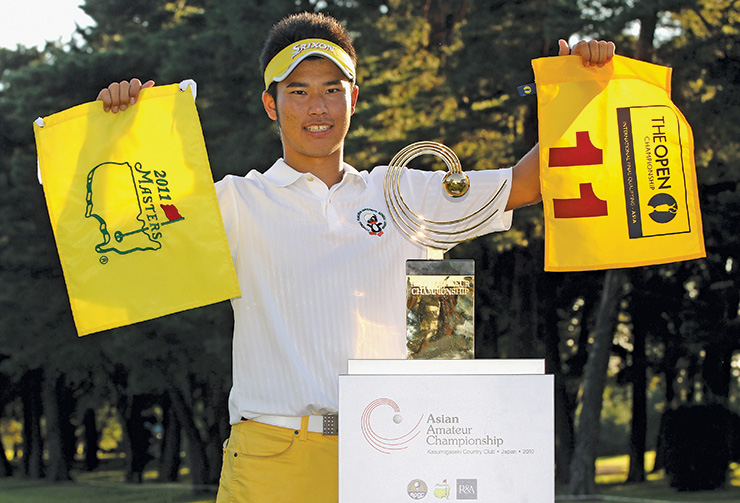 Hideki Matsuyama with the winner’s trophy along with the flags of The Open and
Masters following the 2010 Asia-Pacific Amateur Championship. Getty Images

Lin Yuxin, who won in 2017 and 2019 and went on to make the cut at last month’s 149th Open at Royal St George’s as a result, is the only other two-time champion. The Chinese player is set to defend his title in November while the announcement will serve as great motivation for Emirati players such as Ahmad Skaik and Khalid Yousuf. Dubai-based Indian teen Arjun Gupta will be another hoping to cash-in on his intimate knowledge of The Creek.

May praised the EGF for their “integral…support and assistance” in ensuring Dubai Golf was selected at relatively short notice.

“This is an amazing opportunity for young golfers from the UAE who now have the two most significant amateur golf events to look forward to over the coming two years.”