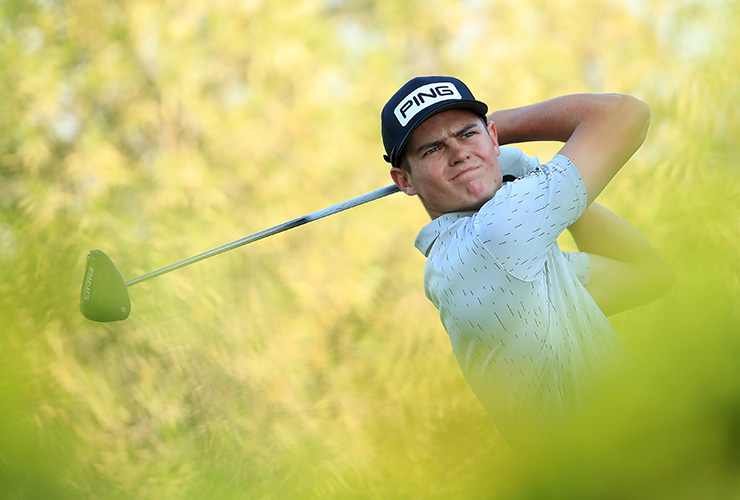 By Kent Gray
Move over Bryson DeChambeau. Wilco Nienaber is in the yard.

Why should you care? Take a wee peak at this video from November’s Joburg Open:

It will be a marvel to see how the 19-year-old attacks the Majlis layout at Emirates Golf Club where DeChambeau, not yet at his bulky best, won with a record 24-under-par (264) total, low final round (64) and record winning margin – seven shots over Matt Wallace – in 2019.

“Last year went beyond my expectations and I can’t wait to see what 2021 has in store,” said Nienaber who went on to finish runner-up in Joburg after a 4th place finish at the English Championship after receiving a last-minute place in the field as an alternate.

“I’m really excited about being able to tee it up in events like the OMEGA Dubai Desert Classic for the first time, hopefully I’ll be able to play my best and write my name alongside some of the game’s greatest players who have won this famous event.”

The ‘Major of the Middle East’ boasts a roll call of champions including Tiger Woods, Seve Ballesteros and Colin Montgomerie and is also breeding ground for upcoming talent, with Els (1994) and Rory McIlroy (2009) breaking through on the Majlis. 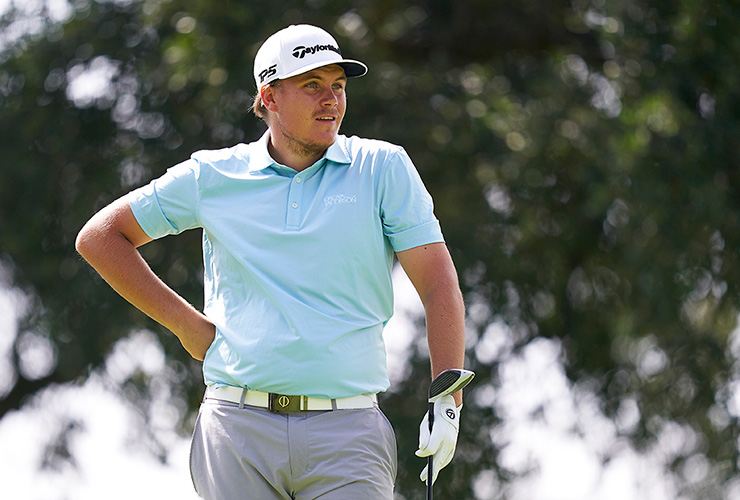 Välimäki’s ascent, meanwhile, has been rapid. After earning his European Tour card through Q-School in November 2019, he won on his sixth start on Tour at last year’s Oman Open and went on to finish 11th in the Race to Dubai.

Earlier this month he was named the ‘Breakthrough Athlete of the Year’ at the Finnish Sports Personality of the Year awards.

“Last season I achieved the main goal I had, which was to win and get a better category on Tour, and now I can’t wait to make my OMEGA Dubai Desert Classic debut this year,” said the 22-year-old from Finland.

“To be able to progress to this point after only turning professional in 2019 is something I’m very proud of and I want to keep going and keep improving. I know this is an important event in the world of golf when you look at some of the past winners and it would be amazing to join them.”

MacIntyre was named the 2019 Rookie of the Year after he had three runner-up finishes and he broke through late on in 2020 with victory at the Aphrodite Hills Cyprus Showdown. Now the 24-year-old is ready to kick-on and underline his status as one of Europe’s rising stars. 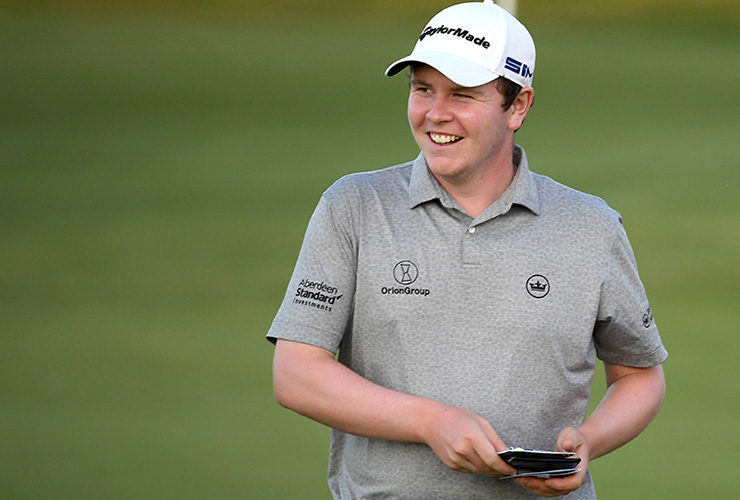 “I finished eighth in my OMEGA Dubai Desert Classic debut last year and felt good on the Majlis course throughout the week,” said the left-hander from Scotland.

“As a whole, last year was up-and-down for me on the golf course, but I’m looking forward to a clean slate this year and hopefully making some more progress – and this will be a great test against a world-class field and I’m excited to return.”

Højgaard was one of the in-form players when the Tour resumed after the initial halt to the 2020 season to curb the spread of the COVID-19 pandemic. The young Dane posted four top-10s in succession during the UK Swing last summer, ending that run with his second victory of the campaign at the ISPS Handa UK Championship.

“My debut at the OMEGA Dubai Desert Classic last year didn’t quite go as planned as I missed the cut but I enjoyed the tournament and the experience,” said Højgaard, 19, who was born a week after his compatriot Thomas Bjørn won the 2001 Dubai Desert Classic. 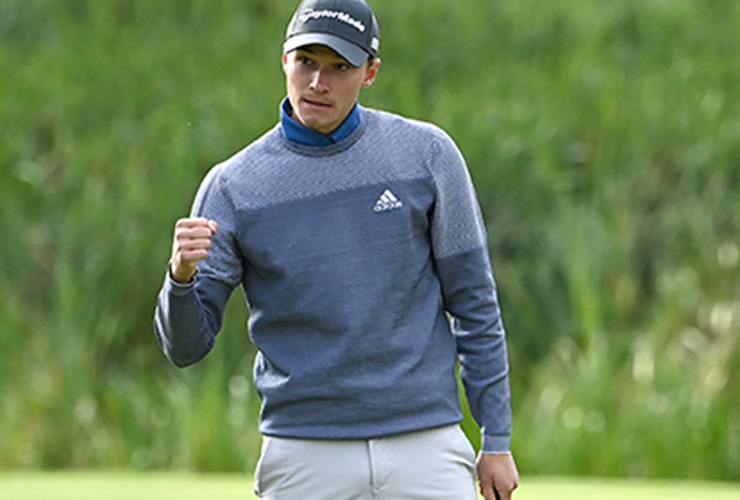 “The golf course was hard but playable and now I know what to expect when I return so I’m looking forward to getting back there again.”

Australia’s Lee sealed his first victory on home soil at last year’s ISPS Handa Vic Open and he will be hoping to follow in his elder sister’s footsteps as a winner in Dubai after Minjee won the OMEGA Dubai Moonlight Classic in November. 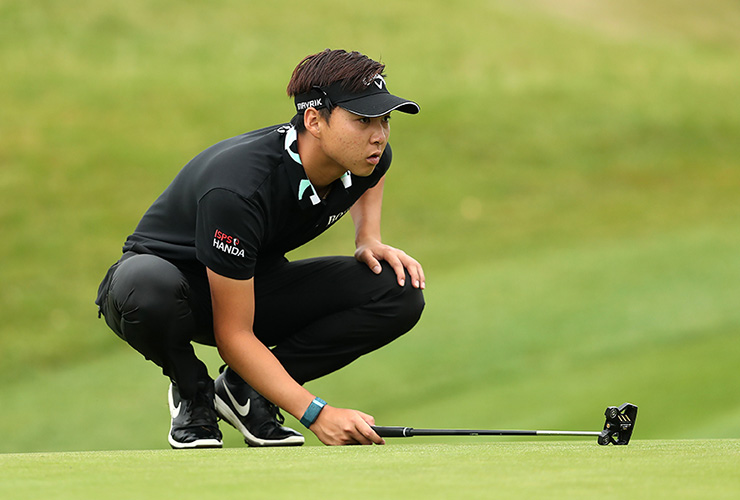 “Watching Minjee win in Dubai last year was special and I can’t wait to get out there and try and emulate her,” said Lee. “It felt great to get my first win early in the year and I’m feeling good about the new season and making my debut in the OMEGA Dubai Desert Classic.”

Frenchman Langasque, who clinched the prestigious Amateur Championship at Carnoustie in 2015, won his first European Tour title with two-stroke win over Välimäki at the ISPS Handa Wales Open at Celtic Manor last August. Prior to the victory, the 25-year-old has posted nine top tens on Tour including a runner-up finish at the 2019 South African Open. 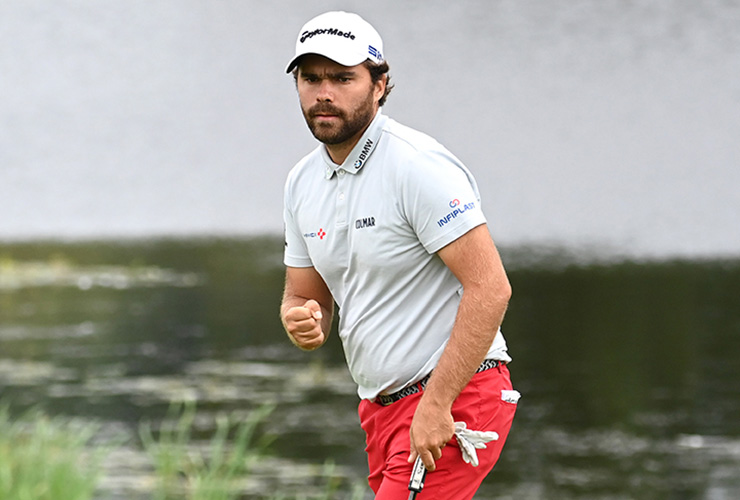 An elite field has been assembled for this year’s OMEGA Dubai Desert Classic, with a host of Major champions and Ryder Cup stars including Collin Morikawa, Justin Rose, Sergio Garcia, Lee Westwood, Tommy Fleetwood and Ian Poulter all set to mix it with the stars of tomorrow.

In what is the 32nd staging of the tournament, attendance will be for invited guests only but the action will be beamed to a worldwide audience on mainstream broadcast sports networks, and highlights and exclusive content will be shared on the OMEGA Dubai Desert Classic social media channels.