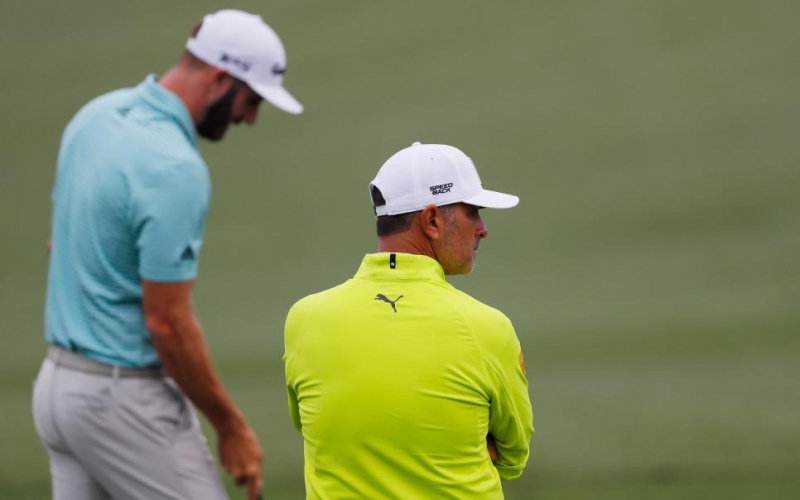 By Matthew Rudy
Rory McIlroy wasn’t able to join the elite group of players who have won golf’s career Grand Slam, but another rare slam was completed on Sunday at the Masters. Claude Harmon III joined his father, Butch, David Leadbetter, Hank Haney, Pete Cowen and Jack Grout as the only coaches to have worked with players as they won each of the four major championships.

Dustin Johnson’s victory joined Brooks Koepka’s two U.S. Opens and PGAs and Ernie Els’ 2012 Open Championship on Harmon’s supervisory shelf—and the circumstances surrounding it might have made it the most meaningful. Harmon endured two separate 14-day quarantines—after student Brooks Koepka’s caddie, Ricky Elliott, tested positive for COVID-19 in June, then again after Johnson tested positive last month. That compressed preparation for Augusta into two weeks—two weeks to get back to the form that had seen Johnson win the Northern Trust and Tour Championship (and the FedEx Cup with it) and to recapture the World No. 1 ranking.

“From a pandemic to Brooks’ injury early in the season to being on lockdown from Players to Colonial to travelling non-stop every week, it’s just been a crazy year,” said Harmon. “We all have had to adapt, and you have to make the most of the situation you’re dealt.” 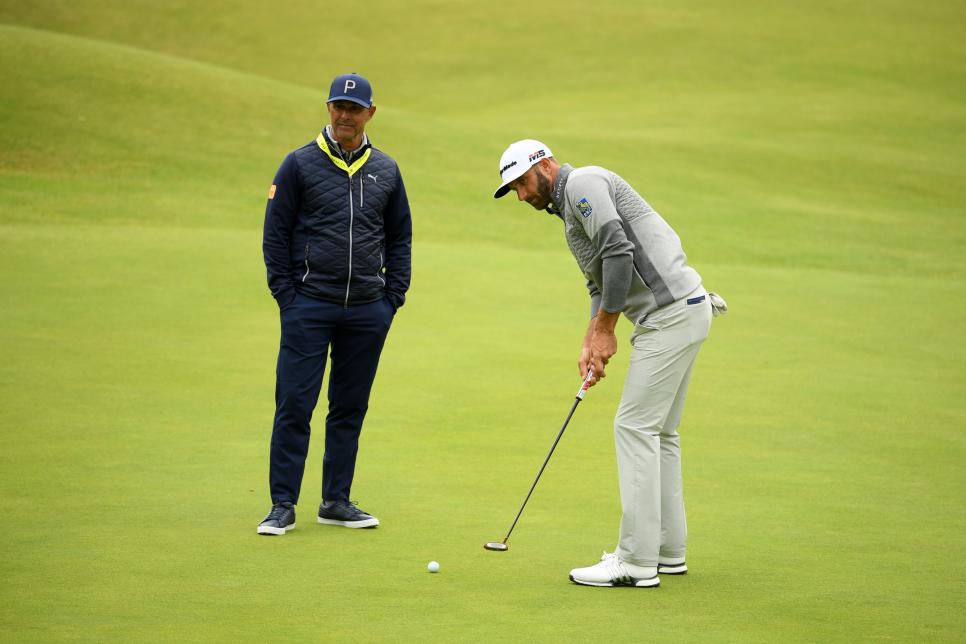 Johnson shook off rust the previous week in Houston, tying for second, and came into the Masters a bit under the radar, as so much of the focus was on U.S. Open champion Bryson DeChambeau. “You never say COVID is a good thing, but DJ came into Houston fresh mentally and physically from the time off,” Harmon said. “He was rusty on Thursday, but had good practice Friday and Saturday, and good practice early in the week in Augusta. He plays on confidence. Form is a huge thing for him. He felt—and all of us around him, A.J. [his caddie and brother], Joey D [Diovisalvi, his trainer] felt—that it wouldn’t be a surprise if he had an opportunity on Sunday.”

Masters week was peak Dustin Johnson. He set a tournament scoring record (20 under), another record for fewest bogeys (four), and tied a third for most greens hit (60). Cameron Smith got as close as two shots early on Sunday, but the outcome was never really in doubt. “Adam Scott told me something at Boston that sums up DJ pretty well—nobody makes the game look as easy as he does,” Harmon said. “What I saw last week was the result of five years of hard work. He’s a complete player now. He drives the s— out of it. His iron game is underrated. He’s done so much with his wedge game and short game. And he and A.J. are one of the best—if not the best—on tour in how they work together, make decisions and read greens.

Harmon thinks that the Masters win could set off a Mickelsonian run of mid-30s major championships for Johnson and said he’s looking forward to helping extend that run however he can.

“To be a part of the team behind DJ last week, and to know his name is going to be on the same trophy as my grandfather—that’s so gratifying,” said Harmon, who was taking Monday off before picking up his regular schedule of member lessons at The Floridian in Palm City, Fla.

“To see A.J. crying on the 18th green and DJ hugging him, I know the hard work that went into that. Lead[better], my dad, Hank—they’re icons of coaching. To be able to do something they did? And to be out here on tour with coaches like Cameron McCormick, Mark Blackburn, Mike Bender and Sean Foley, and younger guys like Drew Steckel? I’m proud to have success in this little sliver of the golf world, and I’m proud to be a part of the modern game.”