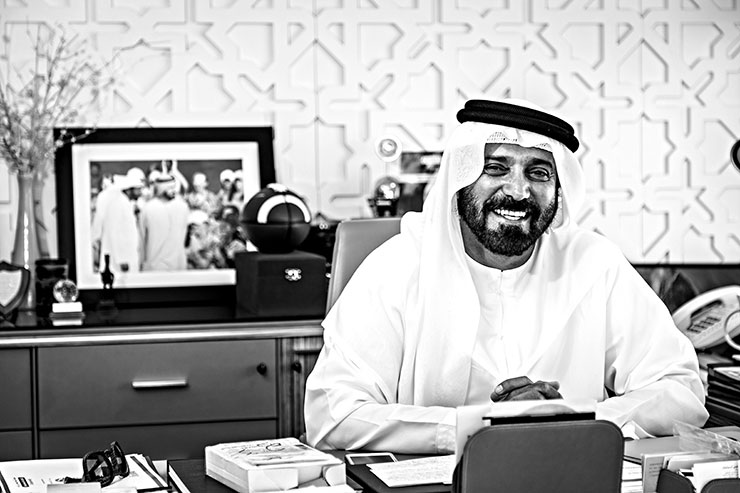 The MENA Golf Tour’s successful battle to offer world ranking points to its players is a victory for golf in the region, but it’s up to the national golf federations and the Arab players themselves to act on it, explains golf in DUBAi’s CEO, Mohamed Juma Buamaim.

f we’ve learned one thing during the extraordinary five-year history of the MENA Golf Tour, it’s to never underestimate the potential of golf in DUBAi, or their single-minded CEO, Mohamed Juma Buamaim.

The man responsible for creating this tour and then growing it from just four tournaments in 2011 to nearly 20 this year, is not simply content to bask in that remarkable achievement. Nor is he prepared to rest easy now that the tour has finally been awarded with the world ranking points that required three long years of tireless campaigning to gain.

Buamaim won’t stop until he has made the entire Arab world sit up and take notice of the game of golf. It’s a one-man crusade that goes far beyond presiding over the company’s showpiece events, the Omega Dubai Desert Classic and Ladies Masters. For five years now, Buamaim has been confounding the assumption that the Middle East is interested only in staging the glamorous high profile tournaments and not the advancement of home grown talent.

And his relentless quest is still just beginning.

With those precious ranking points comes the possibility of an Arab team playing in the 2020 Olympics and gaining a foothold on the ladder of professional golf. Buamaim is tired of Arab players being spoon-fed with false praise and unwarranted privileges. He wants them to achieve success by earning it, not simply living off sponsors’ invites that pad out this comfort zone.

But achieving a true breakthrough will take more than the single-minded determination and resources of Buamaim and golf in DUBAi. For Arab golf to really take off, says Buamaim, the onus is on the national federations to take advantage of the new opportunities provided by the MENA Golf Tour and advance more young talent to a level that allows them to compete. It is this key message, along with many others, that he explains in his own words below:

The ball is in the court of the federations

“I don’t think many people understand what it means to have, firstly a MENA Tour, and secondly, for that tour to have world ranking points. As a tour we are different from anybody else. Most tournaments on other tours feature one or two amateurs, but our tour has up to the 30 percent of the field allocated to amateurs. And the most important thing is the urgency to get a carrot for these Arab boys to aim for. And that is to say, you can have an official world ranking. Now we’ve got it, I think we are on the right track to achieving more and more.”

“The MENA Golf Tour was created not just to advance the possibilities for Arab players, but to promote golf in this region. Not by teaching, but by introducing the game to the homes through television. We are using the Arab professionals as an example and an inspiration to young kids who will suddenly think, ‘hey, if this guy can play professional golf then so can I’.” 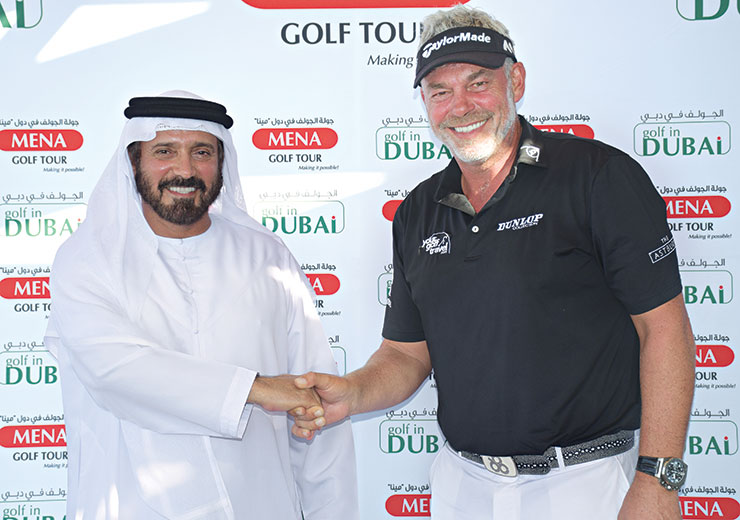 Buamaim with MENA Golf Tour patron, Darren Clarke, who has been instrumental in getting the tour more global recognition

“The European Tour has been here for a long time, but it’s not their job to generate new golfers. Their job is to promote the game globally and the city where they go, but it’s directed at an outside audience. It’s not bringing golfers through in this region. Who comes to watch these events like the Omega Dubai Desert Classic? It’s only those who already play golf here. We want to go to local homes, to people who don’t know anything about golf. That’s who we want to reach through the MENA Tour. And when they see an Arab name, maybe that will stir an interest.”

“There are certain milestones that the MENA Tour has always aspired to. One was having a first Arab champion, which we had when Ahmed Marjane won up in Ras Al Khaimah. The next was to get world ranking points for our tour, which happened this month. And the next target is to get an Arab team to The Olympics in 2020. That is the aim, and we can’t do that without the ranking points. For an Arab kid to get to the Olympics, it doesn’t matter how many invites he gets to play on the European Tour or in the United States, he isn’t going to make it. The environment is so different. On this tour you have so many different nationalities, and it’s played in their region. The Arab boys will integrate better here than anywhere else. And it’s up to their golf federations to make sure they get to these tournaments and compete.” 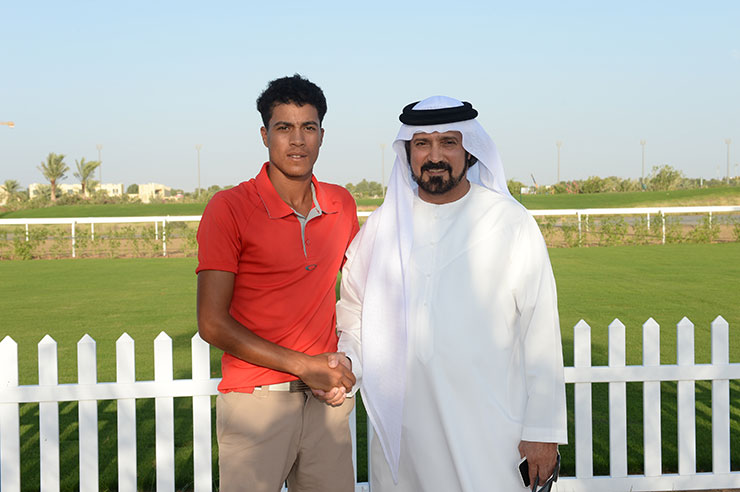 “To get an Arab team to the Olympics is not the responsibility of the MENA Tour. Our tour provides the tool for them to go. But the ball is in the court of the golf federations. It’s up to them to bring the kids through. To identify the talent at a young age and give that talent the chance to develop. The Moroccans are obviously the most capable, because they already have a history in the game. But in the GCC, where are the talented kids? We haven’t had an Emirati amateur play in one of our events since 2011.”

“Our Arab youngsters feel privileged, which means their discipline is diminished. There is no incentive for them to want something badly enough. If you had a proper program, whereby everybody is in it, and you’re starting with 1,000 kids and whittling it down to 10, then the Arab juniors need to be there with the other nationalities and given no preferential treatment. This spoon-feeding culture has to stop, and the parents have to be on board with this too.”