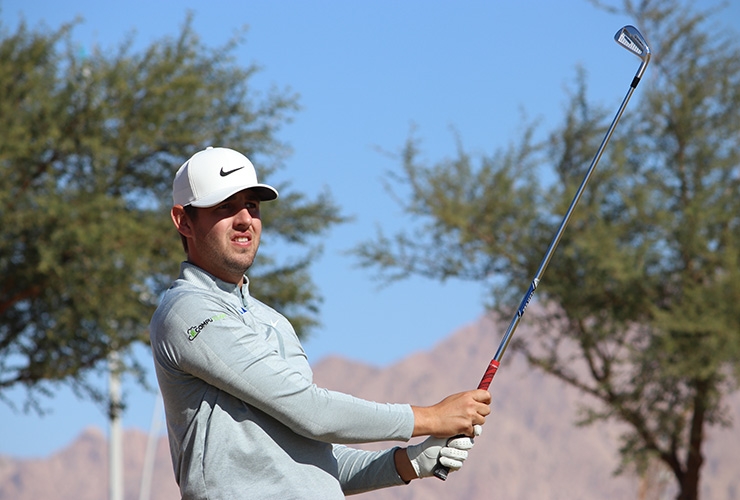 By Kent Gray
DUBAI, UAE – With Josh Hill studying for his GCSE exams and MG Keyser taking a well-earned rest from his ever hectic schedule, the new MENA Tour by Arena season will open in Aqaba on Monday minus last year’s standard-bearers.

The $75,000 Journey to Jordan 1 Championship will also be without its defending champion, Matthew Baldwin, with the Englishman playing the European Challenge Tour’s new Cape Town Open.

It gives the 87-strong field a grand chance to steal a march on three of last season’s main headliners at Ayla Golf Club this week.

The professionals will need to make the most of it with 2019 Journey to Jordan Order-of-Merit (OOM) champion Keyser set to return at next week’s NEWGIZA Open, the regional circuit’s newest venue on the outskirts of Cairo. The South African has committed to play the remaining nine events following Egypt and will do so buoyed by a T-66 finish and €6031 payday at last month’s brutal OMEGA Dubai Desert Classic.

Hill, 16 next month, is also a tentative starter in Cairo. If the reigning amateur OOM champion doesn’t open his season there, he will definitely play at the Ghala Open from Feb. 17-19 and will undoubtedly be better for his appearances in last month’s Abu Dhabi HSBC Championship and Desert Classic.

Australian Daniel Gaunt, second in last season’s professional standings, and Tour Championship winner Harry Konig are among the big pro names in Aqaba. Like Keyser, both earned starts in the Desert Classic but failed to make the weekend on a testing Majlis layout, Gaunt signing for scores of 78-72 and Englishman Konig a pair of 80s.

Fresh from celebrating his 25th birthday on Sunday, Konig is raring for the new season, buoyed by his Desert Classic debut despite missing the cut.

“It was the best moment of my life, without a shadow of doubt,” he said.

“I would have liked to score much better…I am disappointed, but I am not going to worry about that too much. I prepared really well for that week and I felt comfortable the whole week, but it was a very tough set-up.

“The good thing is that because of the Desert Classic, I have spent a lot of time over the Christmas and New Year practicing. I think it is only going to help me play better this season.”

Konig has pedigree on Ayla too after winning the Tour Championship there last November to book his place in the Desert Classic.

“It is very special to come back to this place. The win last year was life-changing for me. I have been in Aqaba for the past four days and played nine holes every day, and I have tried to recreate all the pivotal moments from last year, like the pin location on the 18th hole on Sunday and trying to hit shots there,” said Konig.

“My expectations have definitely changed after last year. It’s more knowing in your own head that you can get over the line. I am now going to play to win, rather than just being there.”

Also playing for the $13,500 winners cheque at Ayla is England’s Curtis Knipes who recently turned pro after being one of the most consistent amateurs on tour last year. It capped a big year in which the 19-year-old also qualified for the Open Championship at Royal Portrush. 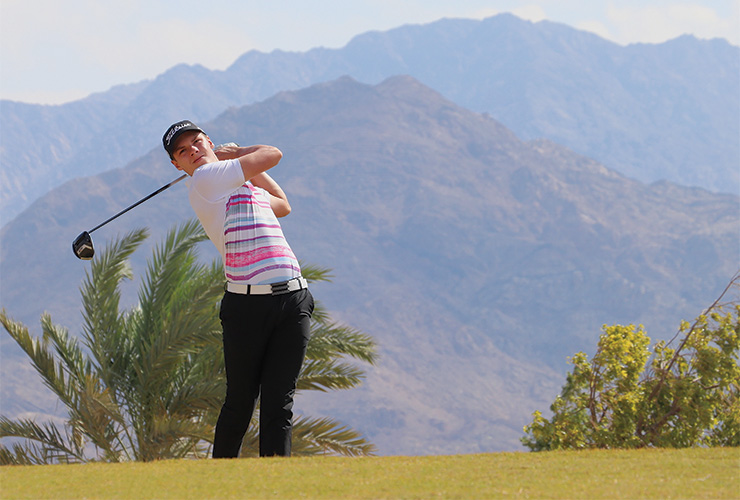 “I’m very excited about this new chapter in my life,” said Knipes. “Obviously, made this decision to turn pro a couple of months ago. I was edging towards it last year, but given the opportunities I have, not only on the MENA Tour but other Tours as well, I think this is the right time.

“I would have been fairly up there on the MENA Tour Order of Merit if I were a pro last year, and then playing the Open Championship gave me a lot of confidence that I can compete with the best.

“It would be nice to win the Journey to Jordan this year and get one of those spots at the Omega Dubai Desert Classic. That’s the main goal, but I also want to be consistent throughout the season and make some money.”

While Swedish amateur Filip Lundell, who won a playoff to win medallist honours at the MENA Tour’s ‘Q-School B’ last week, isn’t playing the season opener proper, stage A winner Miguel Jimenez Jr, the son of European Tour legend Miguel Angel Jimenez, will be another name to watch.

Among the five amateurs set to tee it up in the 54-hole event are Hill’s best pals Arjun Gupta and Toby Bishop who were third and fourth in the amateur OOM last season. Jordanian amateur Shergo Al Kurdi has been given the honour of hitting the first shot of the 9th MENA Tour season at 7.30am on Monday.

We caught up with the Dubai-based amateurs Toby Bishop and Arjun Gupta as they start their 2020 MENA Tour season at Ayla Golf Club.

They spoke on learnings from the 2019 season, their hopes from 2020, and the motivation from their best friend Josh Hill’s amazing debut year… pic.twitter.com/nltD4GQLYn