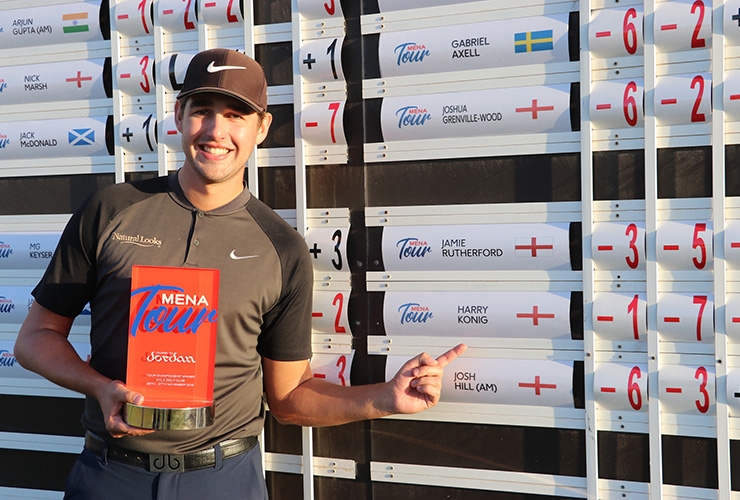 By Kent Gray
Harry Konig was on the cusp of quitting the game after three fruitless and frustrating years trying to establish himself in the professional ranks. Now the Englishman is eyeing starts on the Asian Tour next month and will start 2020 at the oldest European Tour event outside continental Europe. Yes Sir, golf really is a funny old game.

Exactly three years to the day after turning professional, Konig came from nowhere to capture the MENA Tour by Arena’s season-ending Journey to Jordan Tour Championship on Thursday.

Konig had birdied five of the last six holes in a second-round 65 and very nearly repeated the dose in his closing 69, four birdies in his last five holes taking him from out of contention to -11, 205 and eventually sealing a one-shot victory over the English trio of Joshua Grenville-Wood, Todd Clements, Jamie Rutherford and 2017 Tour Championship winner Henric Sturehed (Sweden).

Konig’s first win as a professional has seen him earn a start at the $750,000 Indonesian Masters on the Asian Tour next month for winning the season decider. He also gets a spot in the Omega Dubai Desert Classic for finishing second in the ‘Final Five’ Order of Merit. Overall Journey to Jordan winner Keyser won the mini money list for the last five tournaments of the season but the overall season title had already landed him a Desert Classic start, meaning an unbelievable bonus on an unbelievable anniversary for Konig.

“It’s quite a coincidence that I played my first tournament as a professional on 28th November 2016, in Spain on the Gecko Tour,” Konig said.

“it’s been three very difficult years. Professional golf is hard. I had spoken to my parents and was planning to give up playing competitive golf next year. And then this happens. I think I will continue playing.”

After struggling in the pro ranks for three years, @HarryKonig1 was on the verge of giving up competition golf.

Thursday’s dramatic final round It was particularly galling for Grenville-Wood who looked all set to secure his first professional win as he reached the par-5 17th hole at 12-under only to finish bogey-bogey, including a missed par putt from less than three feet on the last to force a play-off.

Konig, meanwhile, saved the best of his storming finish to last, flushing a brilliant four-iron shot from 193 yards to less than a foot for the all-important birdie on the into the wind 18th. 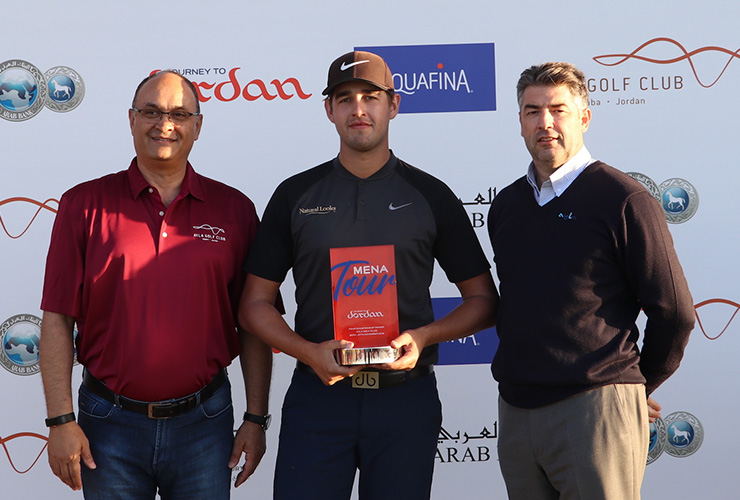 “I just can’t believe it. It’s an experience that I have never felt before, so I am lost for words. I was never in touch of winning and then I had that finish,” said Konig, who dedicated the win to his late friend Charlie Watson, who passed away two years ago.

“I was playing so bad. And like yesterday, I just told myself to start playing aggressive again and start going for the flags.”

On the day of his greatest triumph, @HarryKonig1 did not forget his best friend. The Devon golfer dedicated his Journey To Jordan Tour Championship win to Charlie Watson, who passed away two years ago.@arenagroup_plc @AylaOasis @TGP_Dubai pic.twitter.com/Xnu9LjtDHH

Cant believe it. Thanks for all the messages! Excited to tee it up in my first European Tour event in Dubai in January ? https://t.co/HIr0dDa2l7