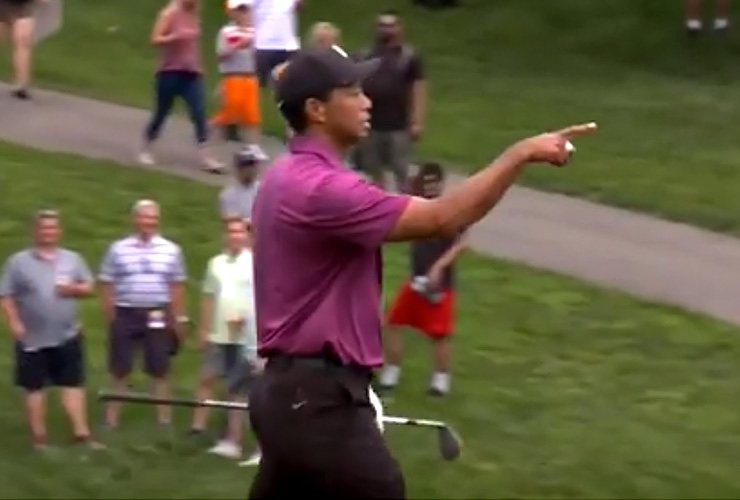 By Alex Myers
Tiger Woods has probably holed more shots from off the green than anyone in golf history, but it sure seems like Muirfield Village has been the site for more of his short game magic than anywhere else. There was the miracle flop in 2012 that Jack Nicklaus called the best he’s ever seen, the curling pitch in 2001, and even a walk-off chip-in at the 2009 Memorial Skins Game.

So another improbable make at Muirfield shouldn’t be too surprising. Or exciting when you consider it came during a Wednesday pro-am. Yet Woods found a way to dazzle us — and playing partner Peyton Manning — once again, and he made a young fan’s day week year in the process. Check it out:

Great stuff, Tiger. And normally, we’d say save it for the actual tournament. But at the Memorial, it’s a pretty safe bet he’ll pull off something else that’s pretty special later in the week.