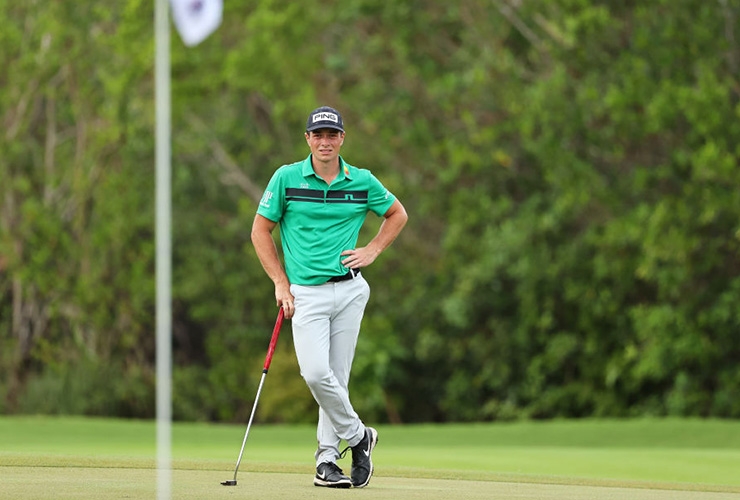 By Kent Gray
It’s not a WGC event, a major or even one of the European Tour’s gold-starred Rolex Series events but the Saudi International sure has a field akin to one of golf’s most prestigious championships.

But as Golf Saudi are want to do, the quality of the field for the Feb. 4-7 Desert Swing event at Royal Greens Golf & Country Club gets better with every passing week. The latest signings – Viktor Hovland and Tony Finau – only add to the legend.

The 23-year-old Norwegian won his second PGA Tour earlier this month, a week before belying the inevitable jet-lag of Mexico-Dubai journey to finish T-3 at the DP World Tour Championship at Jumeirah Golf Estates.

The former amateur No.1 is now up to a career-high 14th in the professional world rankings and is looking at a Ryder Cup debut at Whistling Straits beyond his Saudi debut.

“My first full year as a professional, even given all the Covid-related difficulties, has been really amazing,” said Hovland.

“I would never have dreamt that I would already have two PGA Tour titles and winning the Mayakoba Golf Classic [in Mexico] was the perfect way to finish up the year. As a European, trying to get my first European Tour victory will definitely be high on my agenda for 2021 and of course, trying to win my place on the European Ryder Cup team.

“I’ve only played in about six European Tour events in total so I am excited to add some into my schedule and the Saudi International powered by Softbank Investment Advisers has the most impressive field of players already confirmed so I think it’s going to be a huge week.” 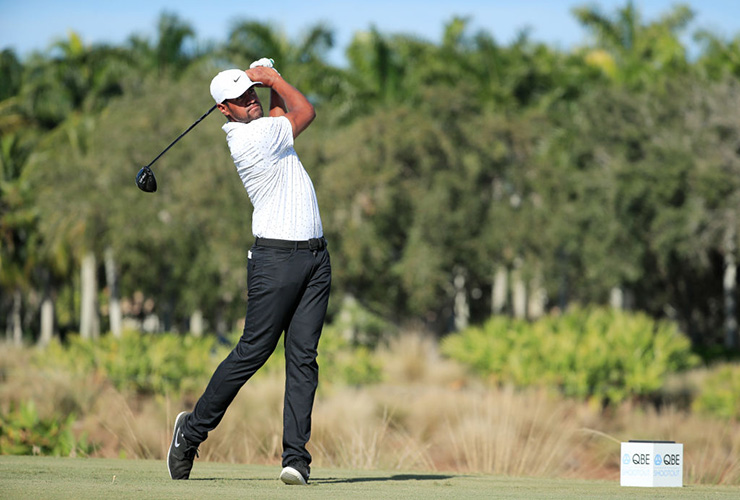 Getty Images
Tony Finau will make his Saudi debut a year after it was originally planned.

World No.18 Finau was a late scratching from Royal Greens last year but is looking forward to a strong showing as he looks to make a second Team USA Ryder Cup appearance later in 2021.

“I was unable to make my debut in 2020, so I’m really looking forward to being there alongside an especially world-class field in February. I’ve heard nothing but positive things from my fellow players about their experiences at the tournament and their visit to the Kingdom. It should be a great week and I am excited to go.”

In addition to world No.1 Johnson, headline-hogger DeChambeau and big-hitting Finau, the PGA Tour will be well represented in in King Abdullah Economic City with Phil Mickelson and Patrick Reed also confirmed starters.

“2021 is another step on our journey of aligning Saudi Arabia with the highest-profile events in world golf,” said Majed Al Sorour, CEO of the Saudi Golf Federation and Golf Saudi.

“We continue to shine a light on our growing passion for the sport, but also the strategic measures being taken to ensure we develop a vibrant and sustainable golfing nation. Our partnership and relationship with professional golf and the world’s best players is a central tenant within our long-term investment plans. We can’t wait to welcome them to the Kingdom and to crown our third Champion.”

Saudi pacesetter Ryan Fox on ominous chasing pack: ‘This is what you play golf for’