USGA/R&A get specific about a distance rollback, but no timeline yet 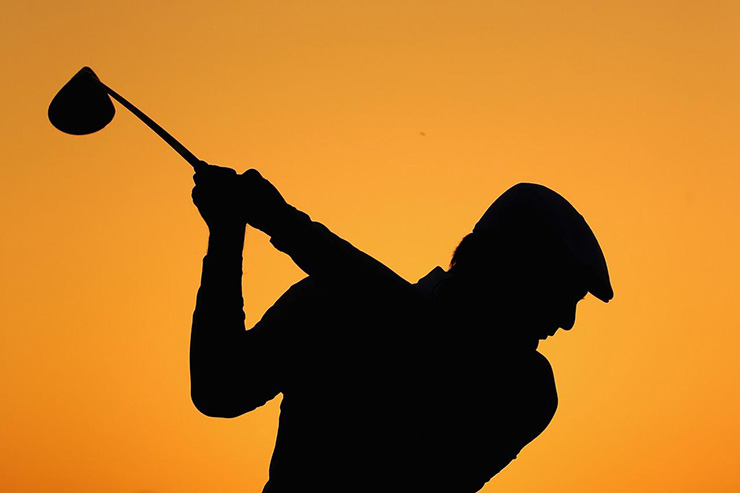 By Mike Stachura
If you weren’t paying attention a year ago, the USGA and R&A made it clear on Tuesday that they are serious about rolling back distance. What they actually might do is a little less clear, but more focused than it was.

In other words, the rollback clock officially has started.

Will that solution make your driver obsolete? Or Bryson DeChambeau’s? Will it mean a shorter golf ball for all tournaments from the Open to your member-guest, or even a Masters Tournament-only local rule stipulating a certain dimple pattern? No one’s revealed much of anything, short of the kind of sabre-rattling and throat-clearing that’s been coming out of golf’s governing bodies since the 1990s. So that means average golfers and tour players alike have nothing to worry about. But all are on notice—especially golf equipment manufacturers—that the governing bodies are targeting specific elements to curb distance. So get your supporting documents—or your lawyers—ready.

In Tuesday’s release, which was sent to manufacturers on Monday, golf’s governing bodies announced a few technical modifications on the distance front, including three specific proposed changes to equipment rules and testing standards. Those proposed changes involve a limit on the maximum shaft length (a previously proposed and tabled 46 inches, down from 48) and possible tweaks to how drivers are tested for spring-like effect and how balls are tested for the overall distance standard. But even if agreed to and implemented following a six-month review period (30 days for the shaft length proposal), these changes are expected to have minimal effect on the driving distance at the elite level.

Instead, the larger effect came with the official release of six specific “areas of interest” for equipment regulations. To be clear, these are not yet proposed rules, just targeted research topics for further study. In rulemaking parlance, though, they are the precursor for a proposed rule of some kind. It’s a step-by-step process that the USGA and R&A codified with manufacturers in 2011 under the pretext that rule changes wouldn’t blindside equipment companies.

MORE: Here’s how much driving distance has increased over the last two decades

The areas specified in Tuesday’s documents involve everything from shorter golf balls to smaller, less forgiving and less-springy drivers. Even under study are possible limits on centre of gravity that theoretically would make drivers spin more so they flew shorter for tour-level swing speeds. In short, the governing bodies are looking to throw every possible speed bump at not only further distance but potentially taking distance back two decades to when they first raised warning flags about elite players’ driving in 2002. Or the research might pave the way for previously overlooked technological methods of reducing distance for the best while having minimal consequences for the less than best. In any case, in the rulemaking process, this notification of an area of interest is followed by another 30 potential steps and considerations to be navigated before any rule change is fully implemented.

What could proposed changes look like? For example, an extreme change to the rule on spring-like effect very well could reduce distance to pre-1995 levels, or more than 30-yards shorter than the current PGA Tour average. A reduction in clubhead size or forgiveness might take us back to the turn of the century when the R&A’s own research showed the average bogey golfer was averaging less than 200 yards off the tee. Or, as the USGA’s managing director of equipment standards John Spitzer noted, it could be something novel like a density requirement for golf balls that might make them lighter, thereby having a greater negative effect on the fastest swingers.

Rollbacks in these areas could affect all golfers in different ways, they could affect all golfers in the same way, or they might only be implemented as local rules, free for tournament committees or championships of any kind to implement at their own pace and will. Rather than specifics at this point, though, the governing bodies are looking for input. But the velocity for change is accelerating.

“We’re entering into the solution phase from an equipment-standards standpoint,” said Thomas Pagel, the USGA’s senior managing director of governance. “This is the first step in re-engaging the manufacturing community in looking at possible solutions for the long-term distance challenges that the game is facing.”

Pagel said that process will be the focus for the balance of the year, although there is no specific timeline.

In addition, while no new data was gathered on recreational golfers during 2020, the report indicates that average golfer distance has decreased one yard since 2005 to 216 yards. So any rule that would mean less yardage for recreational golfers will be an especially hard pill to swallow for some—and perhaps an easy (albeit ironic) argument for equipment manufacturers to use against the governing bodies. 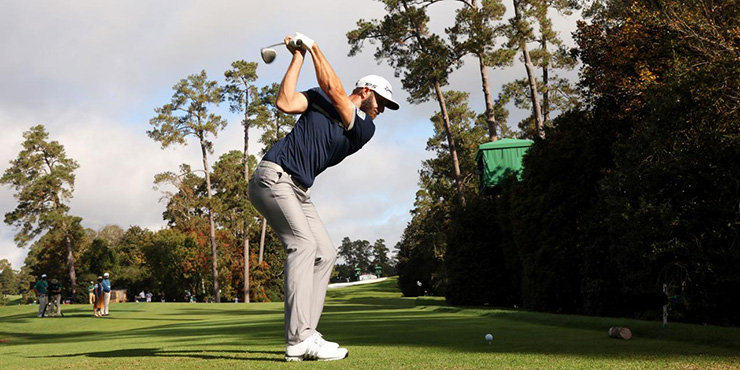 Driving distances on the PGA Tour increased 3.1 yards in 2020, according to the USGA/R&A annual distance report. Jamie Squire

While the six officially designated areas of interest signify a starting pistol for some eventual rule change, it seems safe to suggest that any distance rollback will not happen quickly. Pagel indicated that research will occupy at least the balance of the year, but given the vast amount of data and interested parties, it likely will take longer. For instance, the rollback on grooves that was announced in 2008 took three years of research before a rule change was formally unveiled. In recent memory, equipment rule changes have taken a couple of years to implement in some cases, while in others it required more than a decade for the effect to take hold on average golfers. The rule change on the anchored putting stroke took barely three years to go from idea to hard, cold fact, while the rule change on grooves that were designed to spin less technically still doesn’t apply to the clubs in recreational golfers’ bags even though that process began in 2005.

Of the specific equipment testing procedures that also were revealed in today’s announcement, one tightens the tolerance for the Characteristic Time pendulum test, which measures spring-like effect. The technicalities can be mind-numbing, but in its simplest form, the current setup for testing drivers is like having a speed limit of 65 miles per hour but not ticketing anyone unless they’re going 72. Now, the tickets would come (drivers would be ruled non-conforming) if you’re caught going 67.

The procedure change for golf ball testing basically would provide that a ball be tested under its optimal launch conditions to make sure it falls under the current overall distance standard of 320 yards at 120 miles per hour. Spitzer said this change would likely involve very few balls currently played by pros.

“You asked how far these are to solutions [to the distance problem], and the answer is they’re not,” said John Spitzer, the USGA’s managing director of equipment standards. “These are just the Equipment Standards committee and staff tightening up the way we do our normal business. They’re going to help us make our tests better, but they aren’t going to help us eliminate the increases in distance we’ve seen.”

But those kinds of changes are, at least potentially, coming in other areas. For example, Spitzer referenced looking at how a less forgiving but still current-sized driver would help average golfers feel more comfortable at address, but for elite players it would reduce the stability of the head that propels them to swing with seemingly little fear of the extremely wayward miss.

While the professional tours have yet to endorse the governing bodies’ stated position on a distance rollback, Pagel said they are aware of the details in today’s documents. “They’re part of our regular process and they have their representatives,” he said. “Certainly as the governing body, it’s our role to make decisions. But as we make decisions, we want to be fully informed, so their viewpoints are always considered as part of the process, and we inform them as part of the process, as well.”

He stressed that continuing with one set of playing rules for all golfers remains paramount: “It’s one of the great attributes that really bind us to the game and allows us to play the same golf courses under the same playing rules with the same equipment. We think that’s an important aspect of what we’re doing.”

As he has in the past both privately and publicly, and as he did a year ago, Davis stressed that there must be action now. He affirmed as well that even though he has announced he is stepping down as CEO at the end of the year, the commitment to distance change “is going to extend well beyond my tenure.”

“This is about the long term and making the game more sustainable, more enjoyable,” Davis said. “This isn’t about hurting golfers, this isn’t about necessarily lessening their distance. But the data is irrefutable. We have a problem and we’ve got to solve for it. I would almost go so far as to say that for those who don’t think that we have a problem, I would either say they haven’t read the data or they have some personal conflict of interest. When you look at this data, it’s so crystal clear that something needs to get done.”

What that something is, the USGA and R&A aren’t saying. Depending on which side of the distance debate you stand, that vague and faraway timeline either leaves you underwhelmed, incensed, uncertain or excited that the process has begun. Still, when it comes to equipment rules, if the past is any indication, change might be on its way, but the ride will be anything but smooth.

12 Tips before putting your clubs away for the season