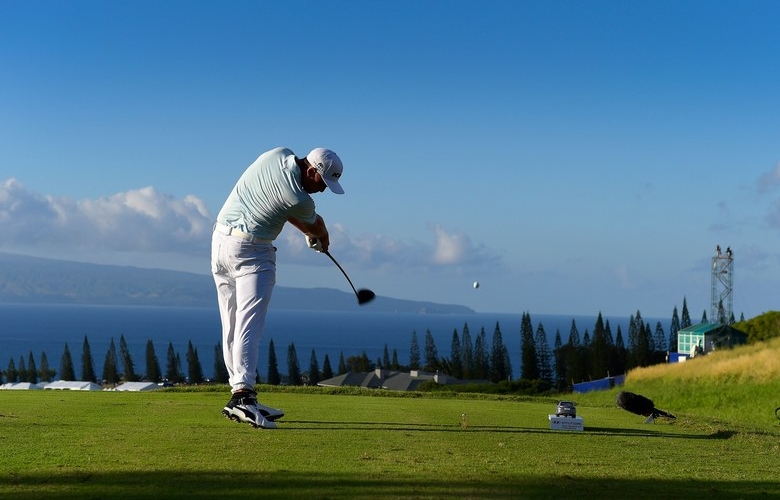 By Mike Stachura
While golf’s ruling bodies are unclear as to what should happen next, the nearly two-year study of how far the golf ball is flying—known as the Distance Insights Project—is resoundingly clear on one specific conclusion: Distance must be stopped.

On Tuesday, the USGA and the R&A officially released the conclusions of their report, which involved a holistic review of distance’s effect on the game over the last century that included multiple surveys and commissioned research programs.

“We believe that golf will best thrive over the next decades and beyond if this continuing cycle of ever-increasing hitting distances and golf course lengths is brought to an end,” the report’s 16-page “Conclusions” document reads. “Longer distances, longer courses, playing from longer tees and longer times to play are taking golf in the wrong direction and are not necessary to make golf challenging, enjoyable or sustainable in the future. In reaching this conclusion, our focus is forward-looking with a goal of building on the strengths of the game today while taking steps to alter the direction and impacts of hitting distances in the best interests of its long-term future.”

In an exclusive interview with Golf Digest on Monday, USGA CEO Mike Davis and current USGA president Mark Newell said the game had reached what amounts to a tipping point with regard to distance. Davis cited how “almost all golf courses” have been affected by distance over the past 100 years.

“As distance increases, golf courses have either altered themselves or will alter themselves,” he said. Davis also noted the increase in distance has distorted the skill set required to compete at the highest level, and the strategic challenge has been taken away on certain holes.

“We want the cycle of distance increases to stop,” Davis said. “We think distance is relative, and it’s always been relative. This concept of every generation having to hit it farther than the previous generation, we just don’t think when all is said and done that that is good for the game.”

Davis said he didn’t see the current situation as “a crisis, but we clearly have identified a problem that the industry should solve in a collective way.”

Newell said the distance trend extends to many levels of competitive golf down to state and local tournaments. “It isn’t just a sliver of professionals,” he said. “There’s really a pressure that is felt by many golf courses to keep getting longer in order to accommodate that.”

While no official equipment-related rule changes were proposed, they are without question on the table. The report acknowledges players’ improving skills and athleticism along with the enhanced course conditions that will only get firmer as water use becomes even more restricted in the coming decades, but the ruling bodies’ plan is to focus on how equipment rules could lead to the desired chilling effect on hitting distances. Those changes could target adjustments in the current rules specifications for clubs and balls, but also would consider the possibility of allowing tournament committees to institute local rules that would require a certain kind of ball or club to be used on that course for that tournament.

That idea naturally leads to questions of whether the game should have separate rules for elite golfers compared to the rest of golf. In a Tuesday press conference announcing the report, Davis remained opposed to two sets of rules, but opened the door for a kind of bifurcation where a local rule might be employed.

“We are steadfast in our belief that one set of rules is in the best interest of the game for everyone,” Davis said. “The concept of the local rule goes back to the 1700s and allows courses or tournament committees to have flexibility where it makes sense.” 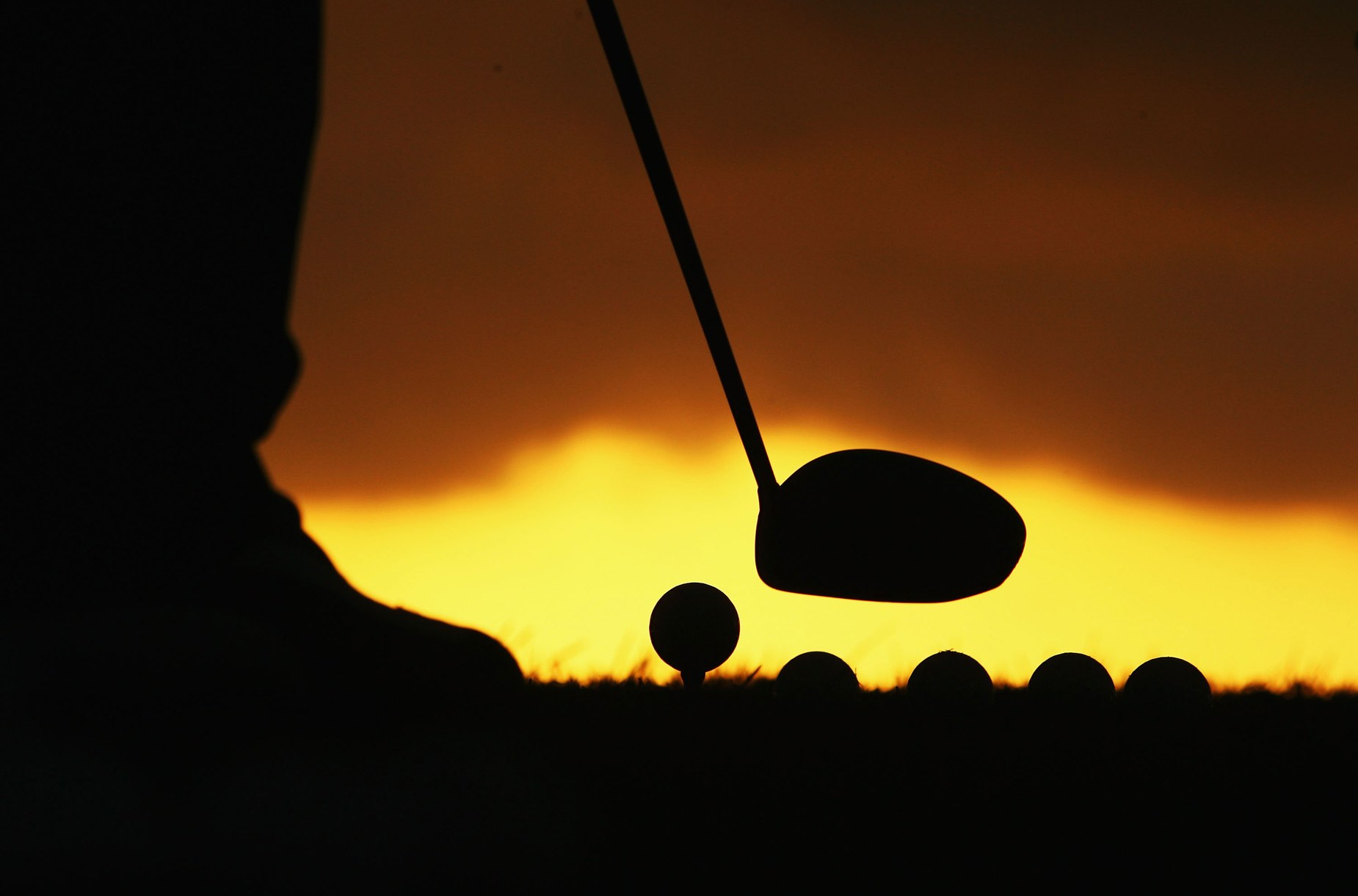 The Conclusions document details that the driving distance average for the 20 longest hitters on the PGA Tour and European Tour had reached 310 yards and that the average driving distance overall for the combined tours was 294 yards. Since 2013, the report reads, that average has increased “at a rate of about one yard per year.”

It’s not clear why the report cites 2013. If measured from 2012, the average increase in driving distance on the PGA Tour is less than half a yard per year, or not all that dissimilar to the timeframe of the 1980s and early 1990s. It’s also worth remembering that 2012 marked the retirement of Dick Rugge as the USGA’s senior technical director. Rugge largely oversaw the greatest expansion in distance-related equipment regulation, and when he announced his retirement, he famously remarked about the issue of distance, “The train is not leaving the station. It may not be the station that some want to be in. But it is not leaving.”

That assessment is not currently endorsed, however. Newell told Golf Digest on Monday, “I don’t think anything particular has happened,” he said, referring to the past six or seven years. “It’s a continuation of what’s been happening for a century. We’ve seen that distance is continuing to increase and we believe that it’s going to continue to increase, and our perspective is that over time the cumulative effects of distance increases matter. We’re going to see that continue to put pressure on how the game is played on existing courses and the pressure to keep getting longer.”

Newell also reiterated statements in the report about how current equipment limitations may not be enough. “We think there still is room for innovation within the equipment rules,” he said. “And that can continue to contribute to distance in the future.”

As for the effect of distance on professional golf, it’s worth noting that of those 20 longest hitters on the PGA Tour in 2019, only seven won tournaments. On the European Tour last year, only five of the top 20 in driving distance won.

Still, there is no denying that distance has reached new extremes on the PGA Tour. The percentage of 320-yard-plus drives is a third higher in the last decade than it was from 2001-2010. In the past three full seasons, about 10 percent of all drives on the PGA Tour were 320 yards or longer, almost three times as high as it was in 2002.

‘This concept of every generation having to hit it farther than the previous generation, we just don’t think when all is said and done that that is good for the game.’ —Mike Davis, USGA CEO

In the midst of this concern over driving distance at the elite level, the Conclusions document notes that average golfers still are hitting it too short for the tees they’re playing, and that even the shortest tees at most courses are too long for the shortest hitters.

Again, the report stresses that no rule change proposals are being made, merely that today’s document “provides notice to equipment manufacturers of this overall area of interest under the Equipment Rulemaking Procedures. This means that we are identifying research topics that have the potential to lead to an Equipment Rule change.”

In the report, the ruling bodies announced that in the next 45 days, they would be publishing “a more specific set of research topics” with input taking place over the next year. It could take a significant amount of time to determine whether there should be any kind of equipment rollback or rule adjustments, and any proposed rule changes would then be subject to further review by any and all interested parties—including equipment manufacturers and the professional tours—in the ruling bodies’ traditional notice-and-comment period. For comparison, when the rules were changed regarding grooves on wedges, that process began in 2005 and while it was applied widespread in five years, it still doesn’t require average golfers to change before 2024.

Davis stressed that the next stages of the study of distance and future rule changes would be “collaborative” and there would not be any immediate solutions.

“We’re trying to get the game to fit on golf courses that exist now,” Davis said. “This is a long-term play because this has been a long-term build-up of a problem.

“We realize this is a big undertaking. We don’t see this as something where we’re just going to mandate something. Clearly, we may not agree on everything but I think everybody cares about the future of this game.”