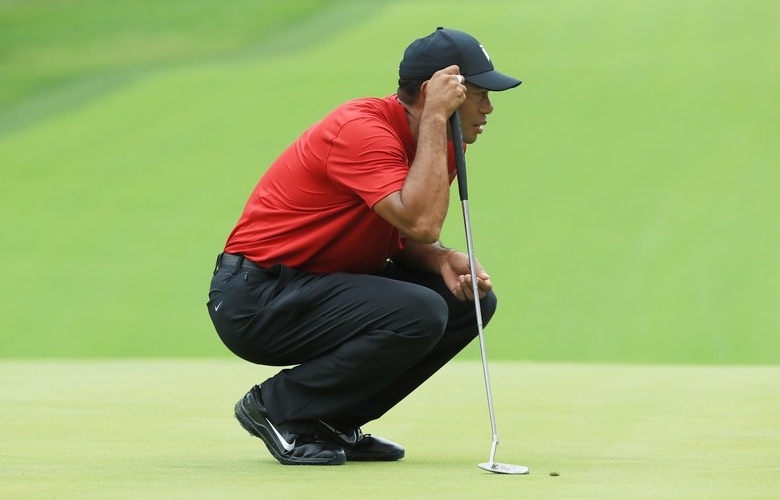 By Alex Myers
Tiger Woods has made a career of making putts, even draining a 20-footer against Michael Strahan on his first attempt during a recent “Good Morning America” segment. But while the 15-time major champ will continue to wield his famed Scotty Cameron, he’s entered a new partnership that will see him create plenty of putting opportunities for others.

On Thursday, Woods’ TGR, Tiger Woods Ventures and PopStroke Entertainment Group announced they are teaming up, resulting in Tiger and TGR Design being tasked to design the putting courses at all future PopStroke locations.

What’s PopStroke? It’s a technology-infused golf entertainment concept that was founded in 2018. Think Topgolf for putting. PopStroke currently has one facility in Port St. Lucie, Fla., but locations in Scottsdale and Fort Myers, Fla., are under development, and several additional sites are planned for 2020 and beyond.

“This is a natural extension of my golf-course design philosophy and my TGR Design business,” Woods said in a statement. “Our goal has always been to design courses that bring people together and are fun for golfers of all abilities and ages.”

That philosophy has been seen through several short courses Woods has designed since getting into the architecture game. But focusing on building greens has Woods fondly recalling his youth.

“Some of my happiest memories are spending time with my pops on the golf course having putting contests,” Woods said. “I’m looking forward to others enjoying time with their kids at PopStroke. This is a new way for individuals to experience the game of golf. It’s about bringing people together.”

“Tiger Woods has had the most significant impact in growing the game of golf around the world and his investment and partnership in PopStroke will undoubtedly introduce the game to a new and wider audience of participants,” added PopStroke founder Greg Bartoli.

Woods is recovering from arthroscopic surgery on his left knee. He plans to return to competition later this month at two events in Japan, GOLFTV’s “The Challenge: Japan Skins” and the PGA Tour’s inaugural Zozo Championship. After that, he will host the Hero World Challenge (Dec. 4-7) and captain Team USA—possibly, as a playing captain—at the Presidents Cup the next week.