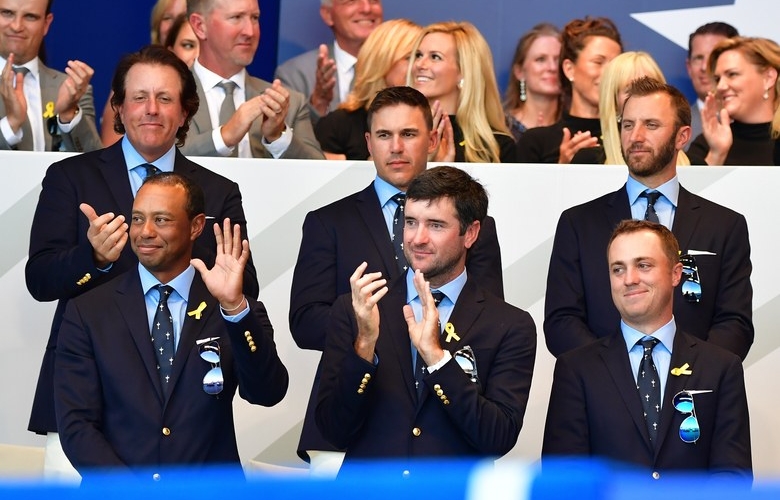 By Alex Myers
In addition to boasting another small, but elite field, this year’s Hero World Challenge also will serve as a Presidents Cup tune-up for the first time. Not surprisingly, everyone who automatically qualified for Team USA will tee it up in the Bahamas in front of captain Tiger Woods, who also happens to be the event’s host. There’s just one big exception.

World No. 1 Brooks Koepka is not among the 16 golfers committed to the tournament in a list announced on Wednesday. Koepka, who was also the leading points earner in the Presidents Cup standings, will take the week off before playing for Woods—and possibly, alongside Woods—at Royal Melbourne the following week (Dec. 12-15).

Despite the absence of Koepka and World No. 2 Rory McIlroy, the field at Albany Dec. 4-7 (the tournament is finishing on a Saturday to allow more time for the team to make the long trip Down Under) is quite strong. The rest of the top 10 will be there, plus reigning U.S. Open champ Gary Woodland, one of those hoping to be one of Woods’ four President Cup captain’s picks.

There will be two more players added to the field at a later date. With Woods having final say on these exemptions, it’s possible they will be used on two players who wind up being picked for Team USA. Woods is expected to make his four selections for the squad on Nov. 4. Here’s the list of 16 players in the field so far:

Finau, Reed, Woodland, Fowler, Watson, and Kisner are the American players in the field who didn’t automatically qualify for Team USA, while Johnson, Thomas, Cantlay, Schauffele, DeChambeau, Simpson and Kuchar already have a seat on the chartered plane bound to Melbourne. Other possible captain’s picks who as of yet aren’t participating the Hero World Challenge include five-time major champ Phil Mickelson, three-time major champ Jordan Spieth, red-hot Kevin Na, and a pair of exciting new pros, Matthew Wolff and Collin Morikawa.

Rahm, the defending champ, just successfully defended his title at the Spanish Open to move to No. 4 in the Official World Golf Ranking.

Woods is currently recovering from arthroscopic surgery on his left knee. He plans to return to competition later this month at two events in Japan, GOLFTV’s “The Challenge: Japan Skins” and the PGA Tour’s inaugural Zozo Championship. Proceeds from the 2019 Hero World Challenge will benefit the TGR Foundation and ONE Bahamas Fund.