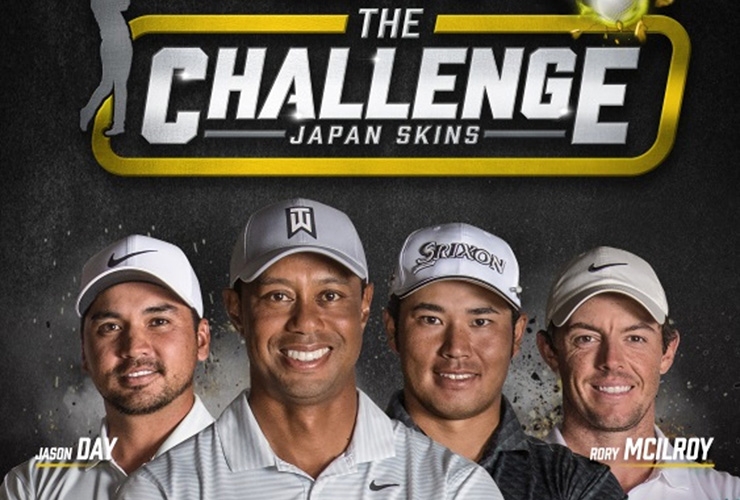 By Joel Beall
Tiger Woods, Rory McIlroy, Jason Day and Hideki Matsuyama are set to square off in a globally-televised skins game, the first in a series of annual competitions staged by GOLFTV. “The Challenge: Japan Skins” will take place Oct. 21 ahead of the PGA Tour’s Zozo Championship at Accordia Golf Narashino C.C. in Chiba, Japan.

The exhibition will partially mimic the “The Skins Game,” the PGA Tour’s unofficial offseason event that ran until 2008. Along with the skins format, a number of holes will include challenges with additional monetary value that support charity partners and add unconventional twists to the event. Details of these challenges will be revealed during the live broadcast. 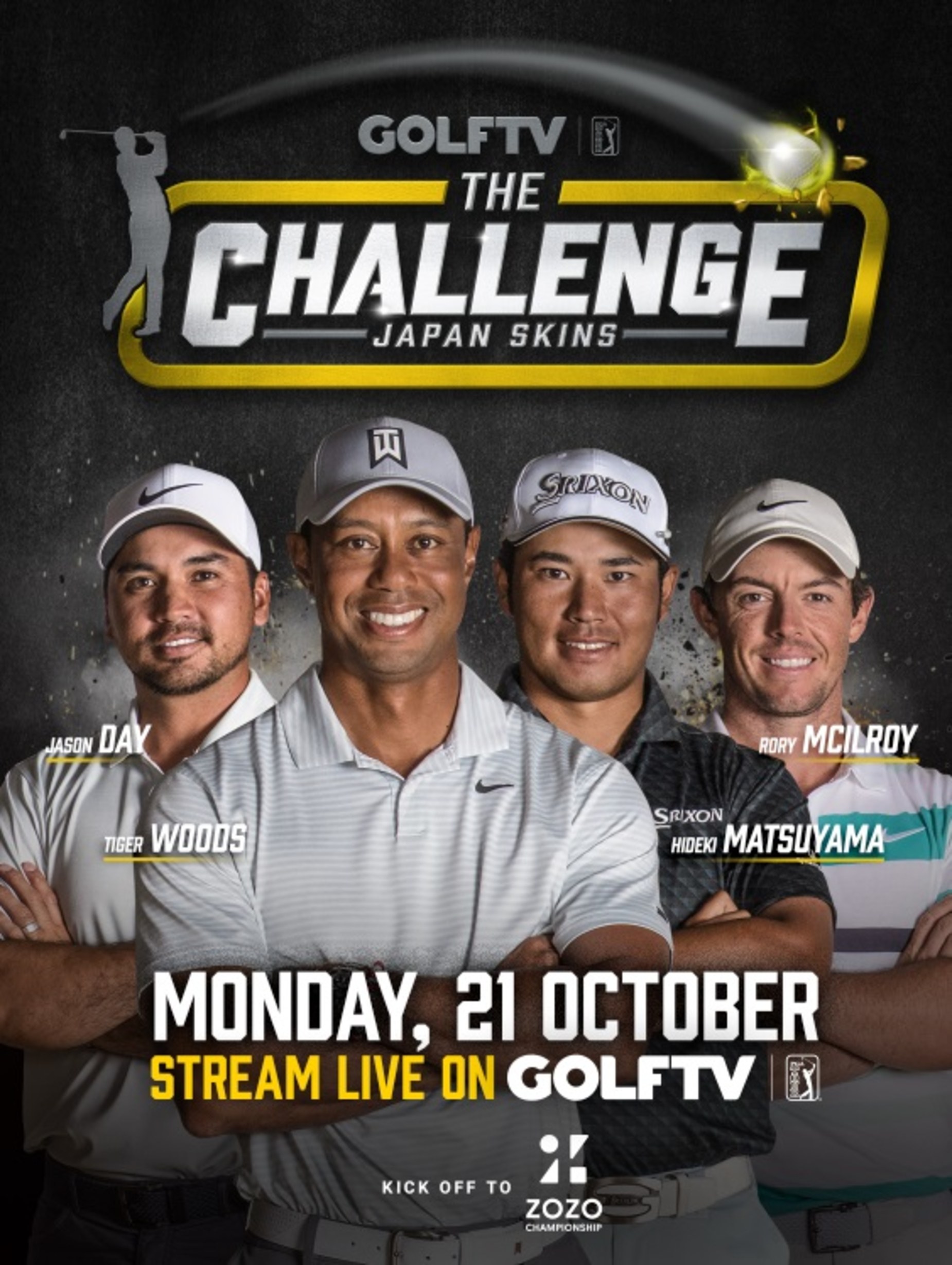 “I haven’t played a skins format in quite some time, so it will be fun to try something a little different and add a few strategic elements as we compete,” said Woods, who last year competed in a made-for-TV pay-per-view event against Phil Mickelson, and who now has an exclusive content partnership with GOLFTV. “There has already been some friendly banter between us and that will continue until we get to the first tee.”

U.S. fans can watch the “Japan Skins” live on Golf Channel starting at 11 p.m. ET on Oct. 20. Globally the event will be available on demand for free on GOLFTV by registering for the service. The show will be produced in Japanese and English, and covered by a lineup of presenters, commentators and on-course reporters.

GOLFTV and Golf Digest are both a part of Discovery.

Players will be competing for a total purse of $350,000, with the first six holes worth $10,000, and hole values escalating to as much as $100,000 on the final hole. If no player wins the 18th hole outright, a sudden-death playoff for the value of the final skin will ensue (but the value will not multiply with each playoff hole). The winner of “The Challenge: Japan Skins” is the player who takes home the most money.

“I’m a huge fan of the skins format. I love the way it rewards attacking play and think it suits my game quite well,” McIlroy said. “Any time I can go directly at pins to try and make birdies and eagles, I think it puts me at an advantage.

“The other fun thing about skins is how you find yourself rooting for the other guys if you’re not in a position to win the hole. You’re hoping they can tie with someone else so you can play for that skin on the next hole. With the skins format, you’re always in it until the end.”

Added Matsuyama, Japan’s top-ranked player: “It’s a real honour for me to play with these guys in front of a home crowd. I’ll be grateful for all the support from the fans in Japan, but with the popularity of Tiger, Rory and Jason, I know they’ll also be strongly supported wherever they play. It’s amazing to have these great champions playing in Japan and doing so much to promote and grow the game in my home country, but you can be sure I’ll be trying to beat them on the course.”

Hideki Matsuyama, Jason Day, Rory McIlroy and Tiger Woods will square off in “The Challenge: Japan Skins” on October 21st staged by @GOLFTV. ?

Starting at noon local time, “The Challenge: Japan Skins” is expected to finish under floodlights. Approximately 3,000 guests will be invited to watch the event at the course. Spectators will be a mix of GOLFTV competition winners, registered users and event partners. A limited number of tickets to the event are set to be made available for sale to the public.

“To be able to bring many of golf’s biggest names to GOLFTV screens for our customers is hugely exciting for everyone involved,” said Alex Kaplan, president and general manger of Discovery Golf. “Fans will be able to see a totally new competition join the golf calendar, supporting some fantastic charities and showcasing the very best golf has to offer in the most fun, exhilarating and unpredictable way.”