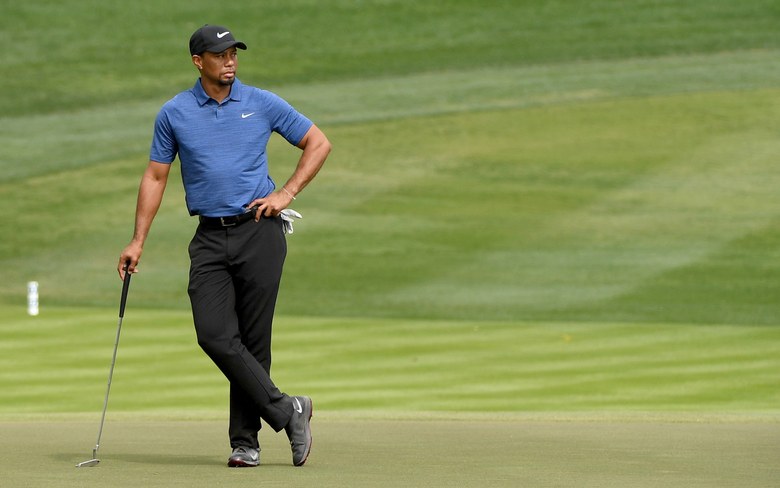 By Alex Myers
The Tiger Woods DUI saga isn’t over, but it took a big step towards being resolved on Wednesday. The Palm Beach Post reported a spokesman for the Palm Beach County State Attorney’s Office said Woods will enter a diversion program for first-time offenders.

This came after Woods’ lawyer, Douglas Duncan, entered a plea of not guilty to charges stemming from his client’s Memorial Day arrest. Woods did not appear in court.

According to the Palm Beach Post, participants in the program avoid a DUI conviction by serving a 12-month probation after pleading guilty to a reckless driving charge that can later be wiped off a person’s criminal record. Another hearing in Palm Beach Gardens, Flas., is set for October 25 at 8:30 a.m. at which the details of Woods’ situation should be finalised.

The first-time offenders program is relatively new in Florida.

“[Our program] has been a huge success since its inception in 2013,” State Attorney Dave Aronberg told CBS 12. “More than 2,100 defendants have entered the program, and very few have committed a DUI again.”

Woods was arrested in the early hours of Memorial Day after police found his black Mercedes pulled over and partially blocking the right lane of Military Trail at 2:03 a.m. Woods had no alcohol in his system, but he didn’t know where he was at first and he failed numerous field sobriety tests. He admitted to taking several medications and has since completed a program to help him deal with pain meds.

Woods has been seen in public several times recently. He attended an FC Barcelona game with his kids in Miami and posted a shirtless photo of him free diving for lobster in the Bahamas.

Thank you to Messi and Suarez for meeting my kids and their best friends. #ElClasico pic.twitter.com/9PqPQoR6Vb

Nothing like free diving with the kids for lobster at Albany. pic.twitter.com/QgdvrMYnPX

There is no timetable for the 14-time major champ to return to golf after undergoing a fourth back surgery in April.