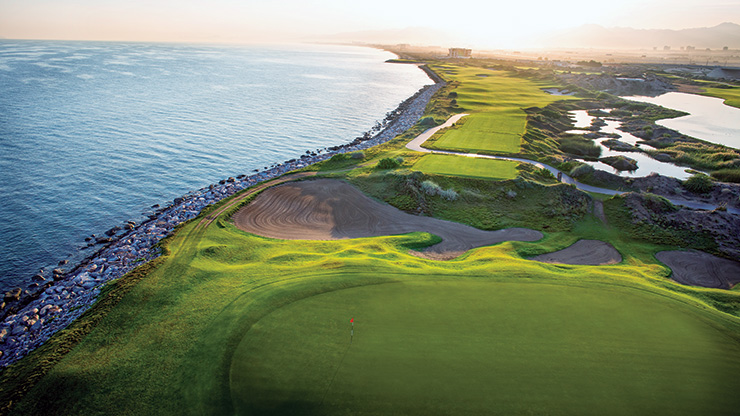 A great golf escape needs a stay as impressive as the course you choose to play. Al Mouj Golf and the Kempinski Hotel Muscat hit the spot, as Golf Digest Middle East editor Kent Gray discovered.

As the host of a $1.75 million European Tour event and a podium placer in Golf Digest Middle East’s biennial Top 10 courses ranking since the club’s inception, it’s strange that Al Mouj Golf remains one of the region’s best kept golfing secrets.

But that is exactly what the Greg Norman-designed desert links remains to UAE-based golf tourists despite increasingly revered global reviews.

Along a two-kilometre stretch of pristine coastline, flanking the Indian Ocean and with the stunning Hajjar mountain range as it’s inshore backdrop, Al Mouj Golf gives little away to the Majlis at Emirates Golf Club and Yas Links in Abu Dhabi, the only clubs above it in the most recent Top 10 list.

At 7342-yards, the 18-hole championship course is Oman’s first links course, a rugged, windswept brute of a layout which is as strategically challenging as it is beautiful. The outward nine features a pair of particularly memorable par 3s, the first to a partial island green, while any par on the 9th with its intimidating over-water tee shot and approach to a green guarded by the Gulf of Oman is to be celebrated. The excitement level – and shot-making examination – ratchet up a level on the homeward nine, particularly at the par-3 11th hole which plays directly out to sea and the 12th and 13th holes, a par-5 and par-3 combo that play adjacent to the coast and require as much to clever course management as they do pure ball striking. Then there’s the 18th, as picturesque – and daunting – a closing hole as you’ll anywhere in the region, a hole where every shot risks ending up wet.

Throw in a teaching academy and floodlit driving range, a floodlit par-3 nine-holer with impossibly perfect greens, a fully-equipped pro-shop and a restaurant to complete the experience, and it’s little wonder some of the game’s biggest names rave about Al Mouj Golf.

“I’d say it’s the best course I’ve played in the Middle East,” says European Tour winner Eddie Pepperell, not a man prone to hyperbole. “Al Mouj is a must play if you’re ever in Oman.”

Chris Wood, who narrowly missed out on the inaugural Oman Open title to Dutchman Joost Luiten in 2018, echoed Pepperell’s sentiments. “It’s a bit of a mix between a links and a desert course,” said the lanky Englishman. “The design is really good and there are so many players saying the same things. It’s in perfect condition and the practice facilities are awesome too.”

They’re doing good things for the future at Al Mouj Golf too, led by Australian course superintendent Steve Johnson. The club recently won the IAGTO Sustainability Award for Community Value and Johnson again earned high praise for the presentation of the playing surfaces when American Kurt Kitayama won the 2019 edition of the Oman Open in February.

It makes you wonder what else is needed to lure UAE-based golfers to the Muscat gem given the close, cost-effective stay and play adventure just a 70-minute flight from Dubai? With the new Muscat International Airport now operational and just a seven-minute drive to the golf club, you’ll be hard pressed to find a more convenient golf holiday option in the Middle East, not to mention worthy secondary courses nearby. Of course, the perfect golf escape needs a stay as impressive as the play, which is where the elegant new Kempinski Hotel Muscat comes into play. 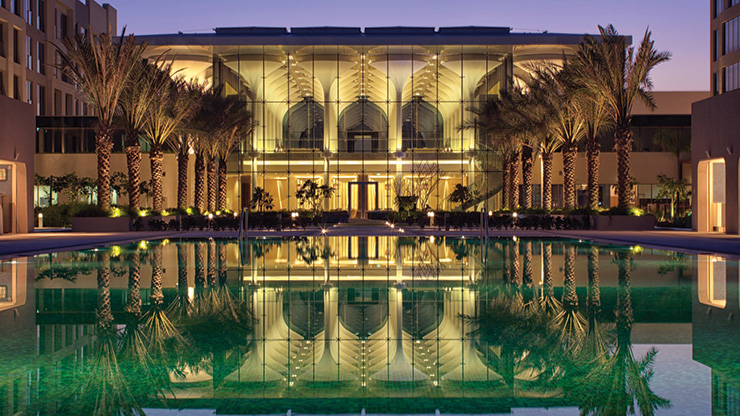 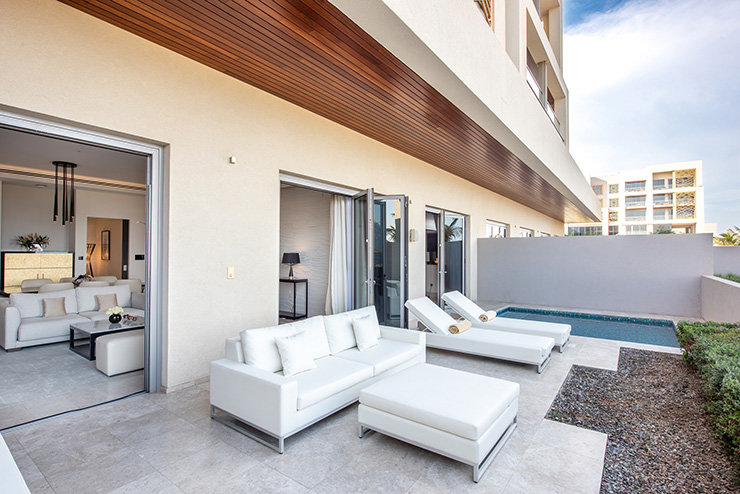 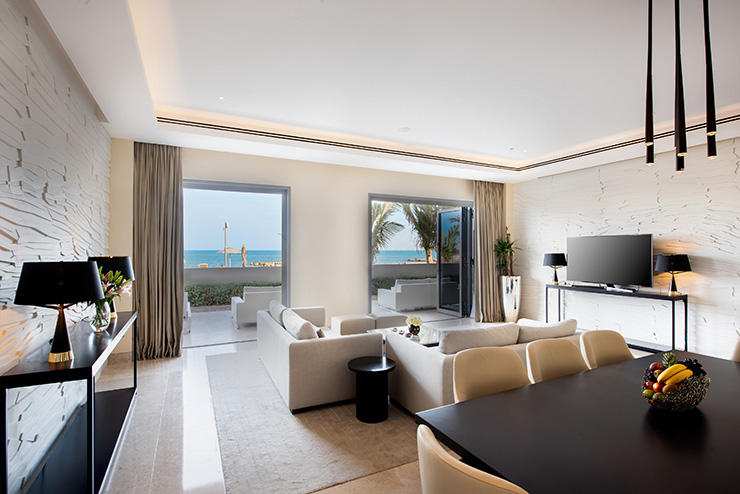 After a memorable round, we retired to the luxury of our spacious and stunningly appointed superior room (complete with marble-clad bathroom) to soak up the sunset over the Gulf of Oman, much like the European Tour stars that followed us to the Oman Open’s official hotel. The views across the resort pools were enhanced by a flock of birds engaged in a mesmerising dusk inspired dance overhead. We could have stayed on our balcony for hours but there was so much to explore in the hotel and beyond. With state-of-the-art facilities, world-class restaurants and bars and a fully-equipped fitness centre, the Kempinski Hotel Muscat is the perfect accompaniment to Al Mouj’s truly world-class golf offering. The hotel is also ideally positioned for some post-round exploring on foot around the nearby Wave Muscat, Oman’s first master-planned community which sparkles between the Wave Muscat Marina (and some excellent non-golf activities) and Al Mouj Golf.

With so much world-class golf on our doorstep in the UAE, it is easy to look beyond the Middle East for any golf escape. But for wow factor at play and rest just a hop and a skip from Dubai or Abu Dhabi, you’ll need to go a long way to beat this Muscat combo for quality.