VIDEO: Spiranac hopes to ‘save someone’s life’ by speaking out on cyber bullies 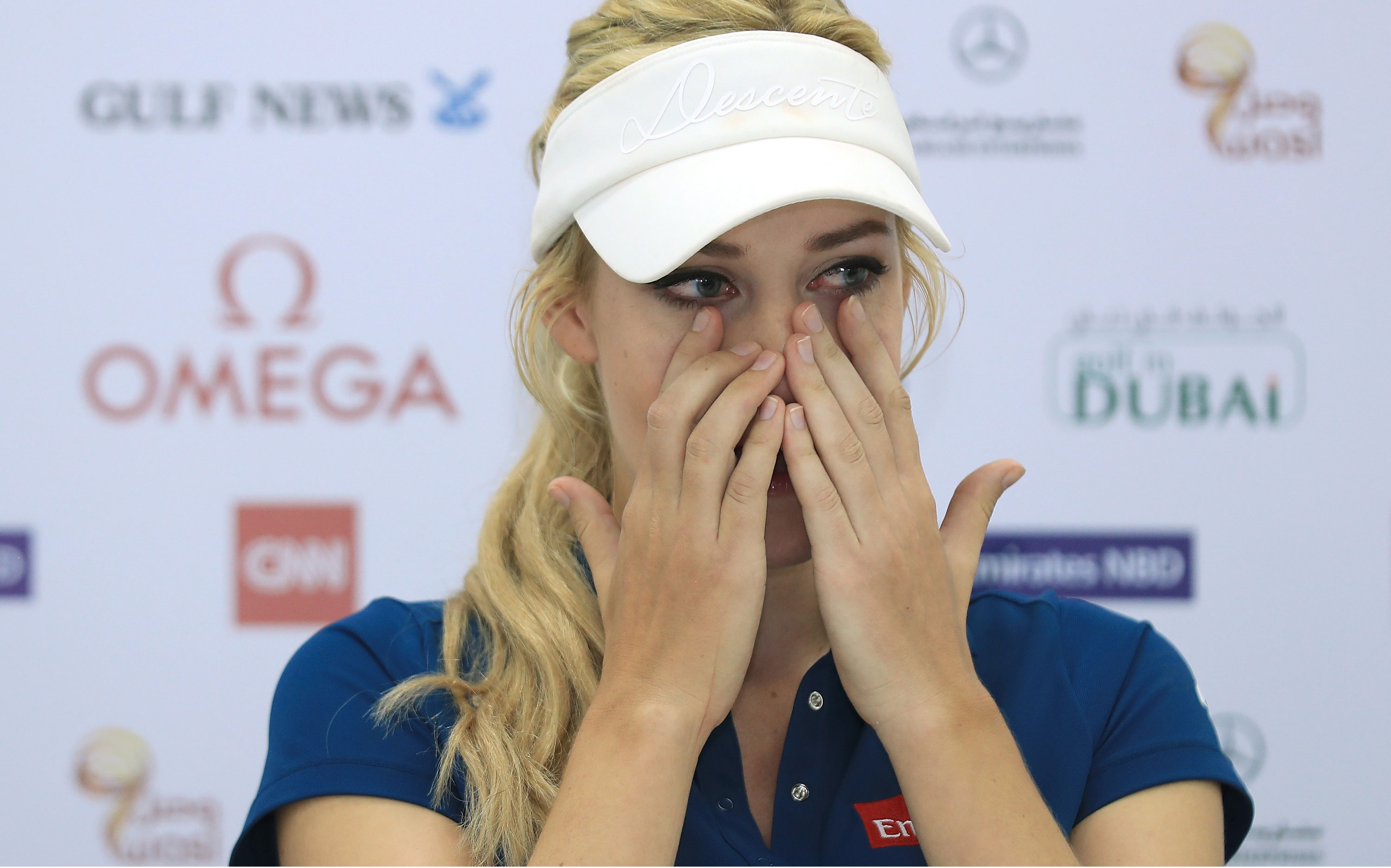 Paige Spiranac returned to this year’s Omega Dubai Ladies Masters with the “No.1 goal” of not crying regardless of how she played.

Her resolve didn’t make it beyond her obligatory media conference on Monday morning let alone the first tee Wednesday but the tears she shared will have a far greater impact than any shot she hits in this week’s season-ending Ladies European Tour (LET) event. Perhaps any shot she ever hits again.

Golf’s undisputed social media queen broke down when she recalled the online abuse she encountered after her professional debut at last year’s Dubai Ladies Masters where she missed the cut and finished tied last on 15 over par.

The Scottsdale, Arizona 23-year-old admitted she had struggled with depression and anxiety as faceless online trolls went to work on her rounds of 77-79 on the Emirates Golf Club’s Majlis layout after she had been granted a sponsor’s invite.

Probed by Golf Digest Middle East for the extent of the cyber bullying that followed, Spiranac needed time to compose herself as she recalled how online abusers called her a “disgrace to golf” and even questioned her sexual habits.

“I think it’s really important…people need to see how much it actually does affect me, and the things they call me,” Spiranac started.

“I feel like I was raised right from my parents, and for them to attack my parents and attack what I’m doing, it’s really difficult. I struggled with a lot of depression after it, because as a 22-year-old, you feel like you’re not worth anything.

To have all these people say that I’m not a good golfer, I’m not a good person, you know, I’m promiscuous or make these judgments about me that are not true, it’s really hard, just because I like to wear Spandex on the golf course. – Paige Spiranac

Spiranac avoided social media for three weeks afterwards and even considered quitting the game as the “extremely cruel” abuse from “the hardest experience of my life” amplified.

She admitted it was difficult talking about the abuse even now but feels compelled to speak out with teenage suicide rates rising.

“And they think it’s because of cyber bullying. And so if I can share my story, and I’m okay with being emotional about it and I’m okay with kind of expressing what happened to me, because people don’t realise how hard it was on me…people saying the world is better off without me.

“Cyber bullying is a huge problem and no one ever discusses it. It’s no longer funny. It’s not the cool thing to do to make fun of other people, and you need to be supportive and I think that’s really important.”

Spiranac credited tour LPGA Tour stars Natalie Gulbis and Christina Kim, the latter having courageously emerged from her own mental health issues, for reaching out during the darkest post Dubai days.

As well as switching swing coaches (Tyler Hall has worked on simplifying her swing and controlling her ball flight leading into this week), she also enlisted the guidance of a mental coach. Dr Nick Molinaro has enabled her to navigate the demons of Dubai and the inevitable pitfalls of being “liked” by in excess of one million followers across her Facebook, Twitter and Instagram accounts.

The early signs are encouraging. Spiranac won her first professional title on the Cactus Tour in Phoenix earlier this year and was thrilled to make the weekend at the Ladies Scottish Open despite opening up with bogey, double bogey, par, bogey at Dundonald Links.

Still, she refuses to set goals beyond trying to enjoy herself in Dubai, raise awareness of cyber bullying and continuing to grow the game via her social media following.

“It doesn’t matter how I play this week, it really doesn’t. But the fact that I’m here and I’m sharing my story, hopefully can save someone’s life, I think that’s so much more important than if I make the cut or miss the cut,” she said.