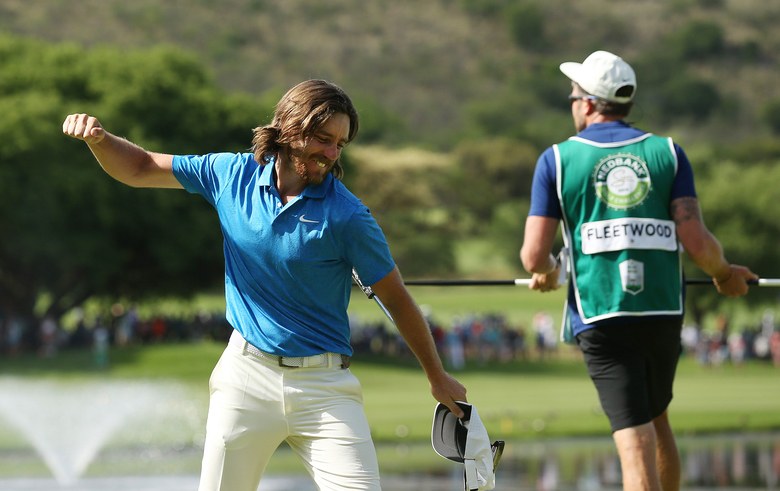 By Ryan Herrington
Expectations have only grown for Tommy Fleetwood since he began asserting himself as one of the European Tour’s rising stars in 2017, with no one holding the 28-year-old Englishman to a higher standard than the man himself. Which is why there was a crack in Fleetwood’s voice Sunday after he closed out a playoff victory over Marcus Kinhult at the Nedbank Golf Challenge.

And nerve-wracking, too. Fleetwood’s charge in South Africa was not without its moments of stress…and good fortune. His final round included three eagles and three back-nine bogeys, a lucky kick off a sprinkler head and a deft chip on the first playoff hole to set up a par putt.

Three under on his round after eight holes, Fleetwood became a true threat when he chipped in for eagle on the ninth to get to 10 under for the tournament. He followed it up with another eagle on the 10th hole by rolling in a 12-footer that gave him a share of the lead for the first time.

RELATED: Behold the greatest shank in the history of the European Tour

As Fleetwood moved up the leader board, the only other player sticking with him was Kinhult, a 23-year-old Swede who grabbed his first European Tour win in May at the British Masters. Overnight leader Zander Lombard was on his way to shooting a 77, and his playing partners Louis Oosthuizen and Thomas Detry weren’t doing much better, posting a 75 and 74, respectively.

Kinhult fared well early, making four birdies in his first six holes and didn’t let the pressure of trying to claim the largest first-place check in European Tour history—$2.5 million—affect him, making just one bogey on the day.

RELATED: This is the luckiest break in the history of golf

Fleetwood wouldn’t finish quite as smoothly. After his back-to-back eagles on Nos. 9 and 10, he made bogeys on 11 and 12, only to make another eagle on the par-5 14th. His big break came on 15, when his approach shot looked like it was bounding well over the green:

That got Fleetwood to 13 under, giving him the solo lead, but a bogey on the 16th meant he’d have to settle for a seven-under 65 and a 12-under 276 total. Fleetwood then watched as Kinhult parred the final two holes for a 68, good enough to send the event to extra holes.

Both players were a bit ragged in the playoff. Kinhult’s drive on the par-4 18th went way left and forced him to lay up with his second shot. He hit his third long and left, leaving a 50-foot chip to try to save par. Meanwhile, Fleetwood pushed his drive and hit his second against the grandstands short and right of the green.

The Englishman then played a delicate chip shot, bouncing his ball through the rough and stopping it four feet from the hole. When Kinhult failed to chip in for par and settled for a bogey, Fleetwood was able to hole his par effort and clinch his first win in 22 months. 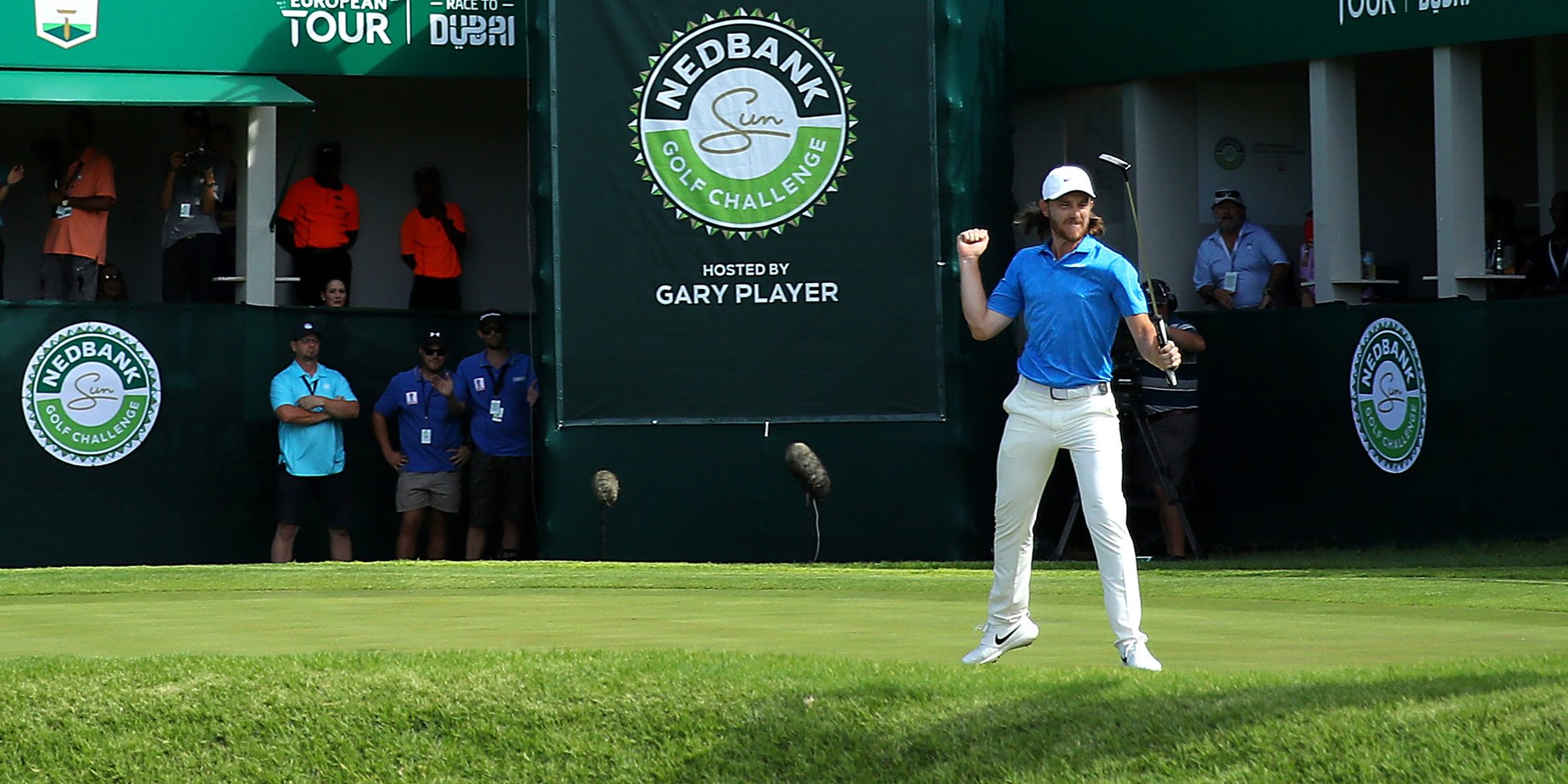 Warren Little
Fleetwood celebrates closing out the win at the 2019 Nedbank Golf Challenge.

The victory puts Fleetwood in a great spot in the European Tour’s Race to Dubai with the season finale, the DP World Tour Championship in Dubai, set for next week. He jumped from 10th in the standings prior to Nedbank to second, just behind Bernd Wiesberger. Fleetwood won the Race to Dubai title in 2017 and is in position to become the 21st player to win the season-long title multiple times.